Home » Food & Drink » Miller Lite Will Venmo You $8 on Super Bowl If You Type This Crazy Long, Calorie-Burning URL 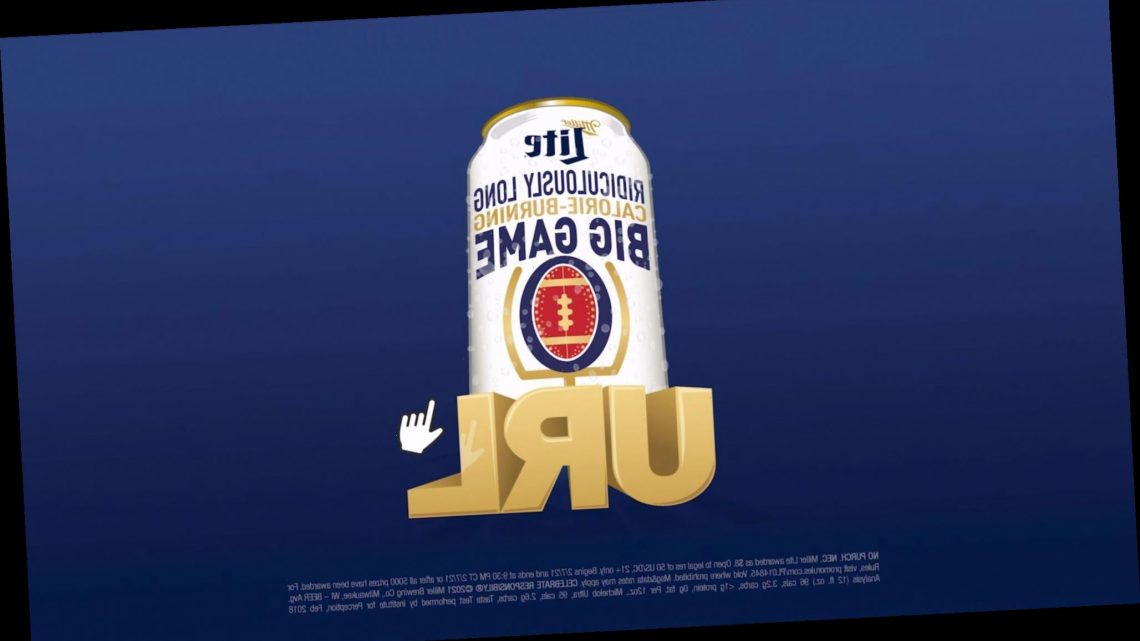 Miller Lite Will Venmo You $8 on Super Bowl If You Type This Crazy Long, Calorie-Burning URL

Miller Lite is giving Super Bowl fans the opportunity to burn a single calorie and earn $8 during Sunday's big game.

The Molson Coors beer brand announced in a press release on Sunday that it is introducing an ad campaign during Super Bowl LV that pokes fun at Michelob Ultra, a light-beer competitor that promotes itself as having 95 calories vs. Miller Lite's 96.

When Michelob Ultra's commercial airs during the game, Miller Lite fans will be invited to type an 836-character URL into their search browser in order to burn 1 calorie and score $8 for a signature six-pack of beer.

Quick typing and correct spelling is a must, given that only the first 5,000 entries will receive the eight bucks. The overall goal of the ad campaign is to prove to all avid beer drinkers that the one-calorie difference between Miller Lite and Michelob Ultra can be easily evened out.

"Miller Lite wants to prove that a one-calorie difference shouldn't be a deal-breaker. Both beers are light beers and low calorie, but why should one extra calorie matter if it means more taste?" Zach Paciorek, associate marketing manager for Miller Lite, said in a statement. "There's no better way to show drinkers how easy it is to burn a single calorie than by typing a ridiculously long URL."

Making it harder for consumers to cheat, Miller Lite has published the URL in full-page advertisements in different newspapers, including The New York Times and the Milwaukee Journal-Sentinel, so that it cannot be copied and pasted. (And yes, we purposely did not include the full URL in this article as to not ruin the fun.)

"While ridiculous in length, we love the simplicity of it," Paciorek said. "Type our 836-charcter URL during Ultra's ad, burn the one extra calorie difference, and win some Miller Lite – a beer with more taste than Michelob Ultra." "As the Original Light Beer, we're always glad when a competitor gives us the chance to remind people of Miller Lite's great taste with only 96 calories," said Paciorek. "And for more taste, we think the extra calorie is worth it."

Hope your typing fingers are ready for go-time on Sunday.

The Kansas City Chiefs and the Tampa Bay Buccaneers will go head to head for the big game, airing on CBS at 6:30 p.m. EST on Feb. 7.

‘Blood Meal’ Review: Just Us, Locked Down in a Dollhouse