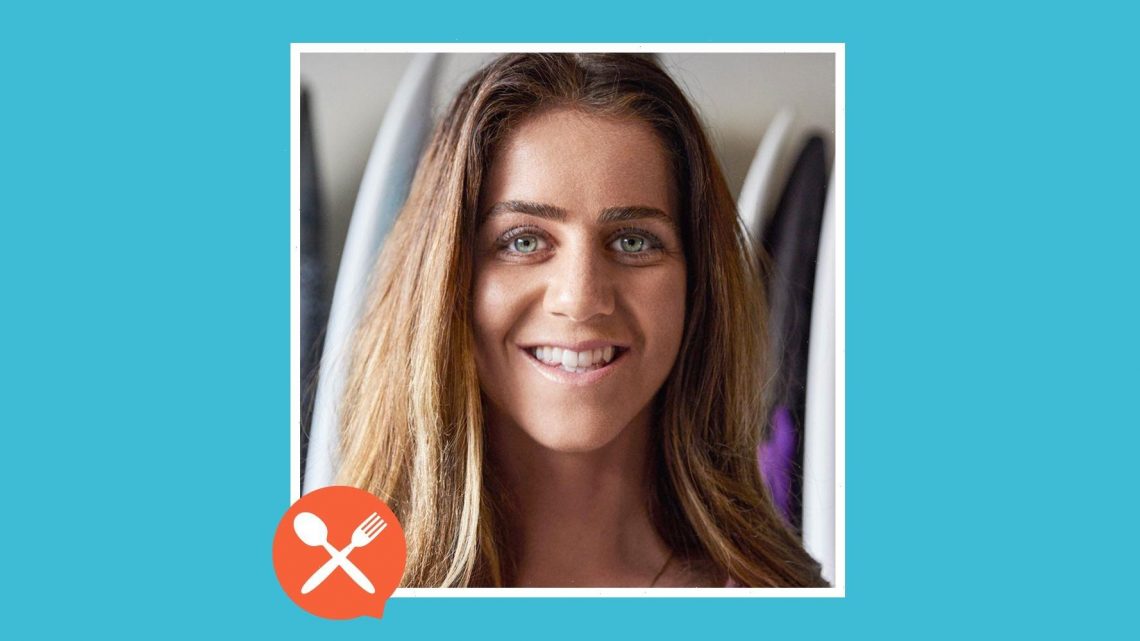 If you don’t know Caroline Marks’ name just yet, you definitely will this summer. The nineteen-year-old pro surfer is about to take the Olympics by storm. Not only is it Caroline’s first Olympic games, but it’s surfing’s debut in the Olympics too. Because of the sport’s format, she had to battle the top surfers in the world for only two spots on Team USA.

Training for the big moment in July 2021 has been intense. And that’s why Caroline has been ultra-focused on her nutrition and health, more than ever before. An essential component of her diet is raw, whole foods. “I’ve always eaten healthy and eaten those foods, but I have been more educated in the last year about nutrition. I love food and learning about it,” she tells Women’s Health.

One aspect of her health that she can’t ignore is her eyes. “Eye health is often overlooked, even though it’s one of the most important factors in overall performance. Beyond just the need for good vision out on the water, my regular exposure to the sun, wind, and sand and attachment to my phone means my eyes are being put to the test every day,” Caroline said in a press release for the American Optometric Association, which she and USA Surfing recently partnered with to promote the importance of in-person eye exams with optometrists. Foods like raw carrots are key for supporting eye health (no, that’s not just something your parents told you as a kid to get you to eat more veggies), so she sneaks extra into her meals and snacks. 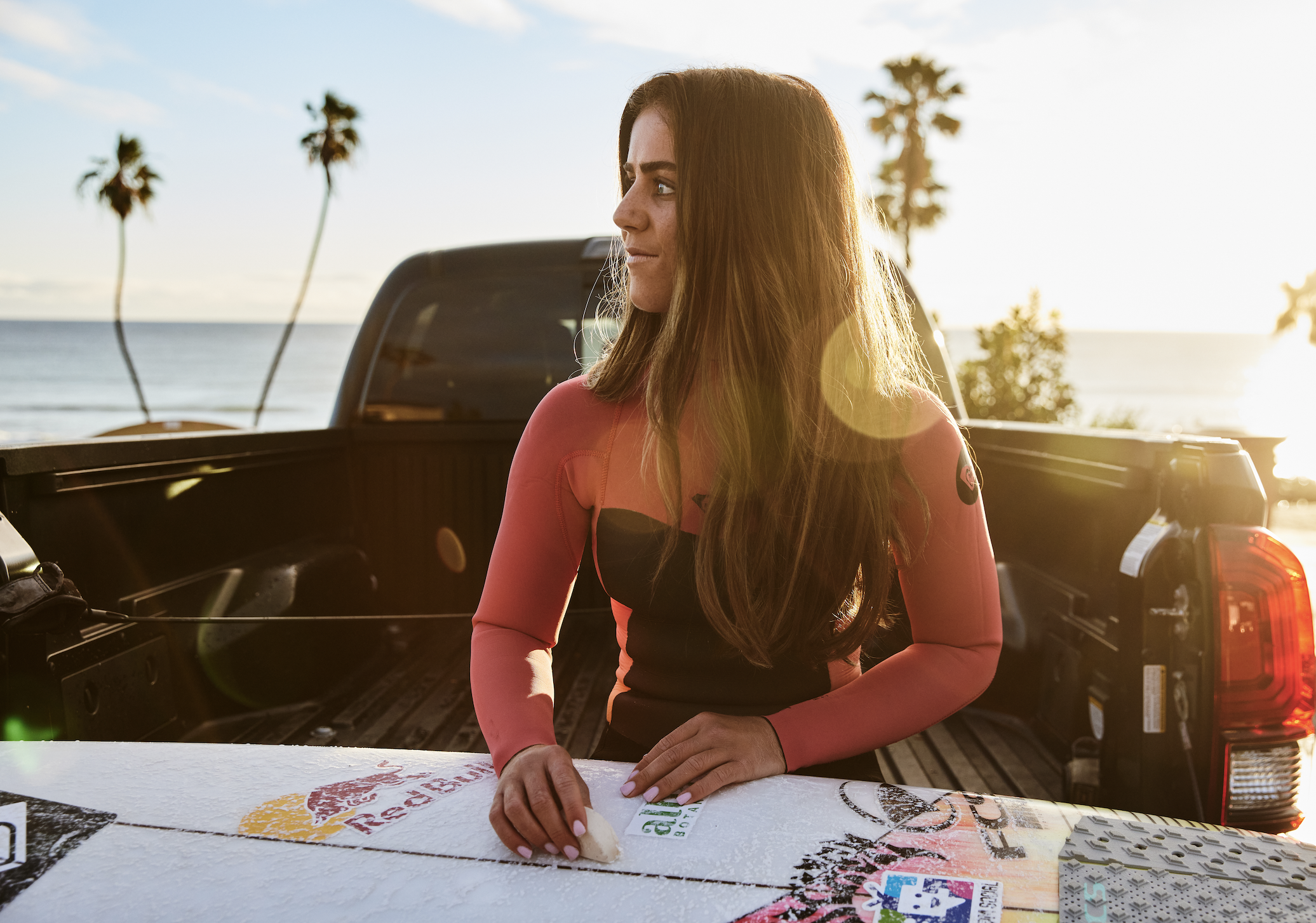 Though Caroline surfs for four hours a day and trains for one hour (nbd), she’s still a nineteen-year-old who loves brownies and ice cream as a treat. Most days, she starts out bright and early and loads up on foods to energize her through hours of riding waves. Read on to find out her daily food lineup.

While Caroline admits to WH that she’s not super picky, and is always open to trying new things, she’s a creature of habit when it comes to breakfast. Her mornings can start as early as 4 a.m., so her first meal usually looks like a hearty bowl of oatmeal.

She tops her oats with fruits like apples, bananas, or blueberries. “I add almond butter for more calories if I know I’ll have a long day,” Caroline says.

For her midday meal, Caroline likes to have a stocked fridge full of grab-and-go foods. Right now, the go-to’s are quinoa bowls, salads, tofu, and nuts, she says. She makes sure to always have tons of veggies on-hand for juicing and smoothies while she’s training.

Her lunch is pretty simple: a garden salad with cucumbers, bell peppers, and chicken. She likes to keep things light if she’s going to be heading back out to the water later. Mid-afternoon, Caroline’s likely to pick up another piece of fruit or some carrots as a snack. Or, she’ll eat avocado on top of rice cakes.

Another huge part of her diet is smoothies (which are that much fresher when she’s training in a place like Australia or Hawaii). “Mango is my favorite fruit ever,” says Caroline. “So I’ll just do mango with ice, strawberries, and blueberries.” If she’s going for more of a green smoothie, she blends spinach, ginger, celery, and apple to make it a little bit sweeter.

“Dinner is however I feel—sometimes it’s steak, chicken, salmon, or other times I have a vegan day,” Caroline tells WH.On the side, her favorite carb to add is sweet potato.

One of her easiest healthy meals to pop in the oven is salmon with broccoli. She goes for the salmon specifically for those omega 3’s (and eye health, once again).Though she sometimes goes eat vegan for a day, she tends to eat meat on days when she’s surfing a lot. She stays away from dairy and prefers subs like oat milk.

Caroline gets crafty with her desserts: One of her favorite treats is dates, cut open and slathered with cashew butter, cinnamon, and vegan chocolate chips (she’s a fan of Lily’s for non-dairy chips). Other times she’ll have yogurt topped with honey and granola like Love Crunch or Purely Elizabeth. 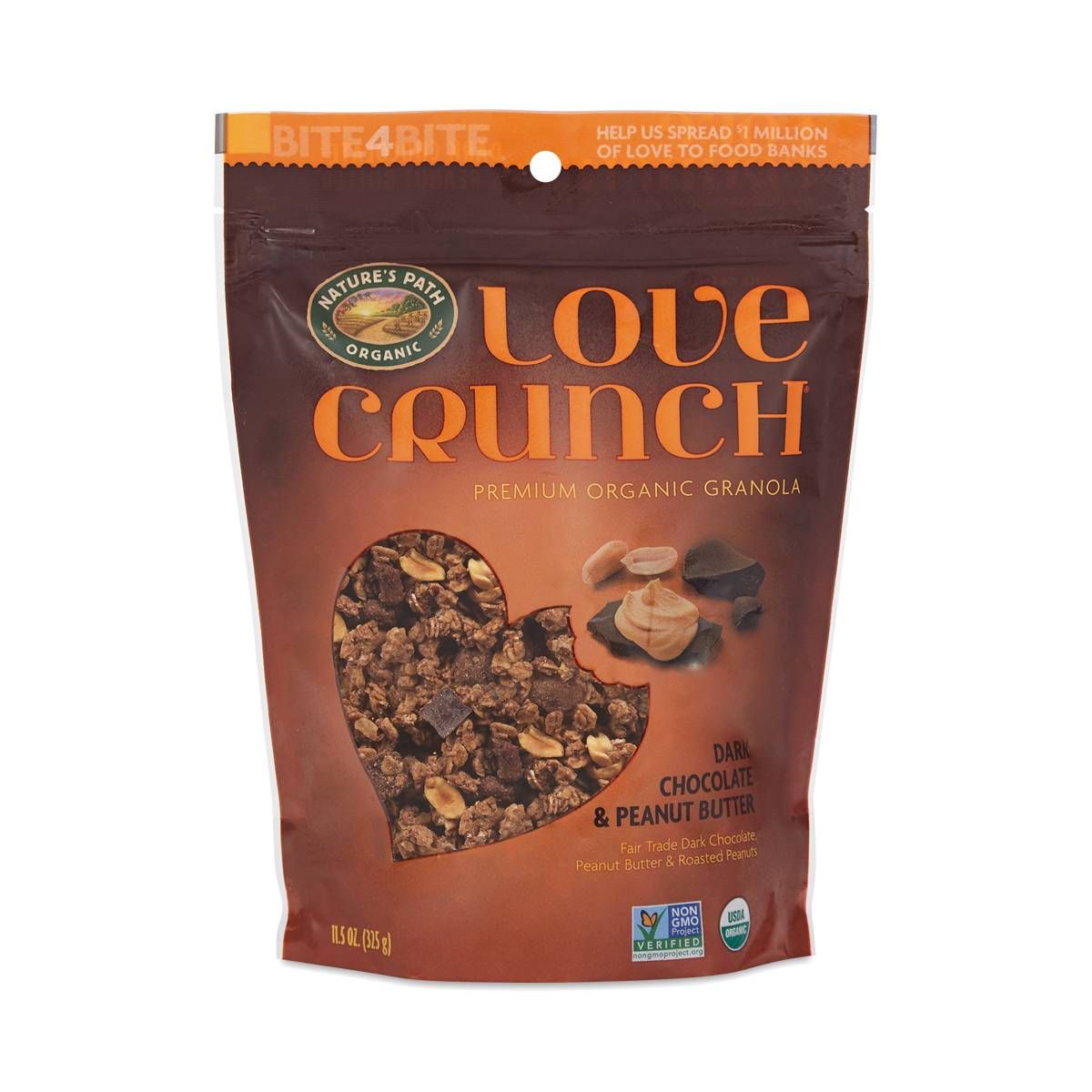 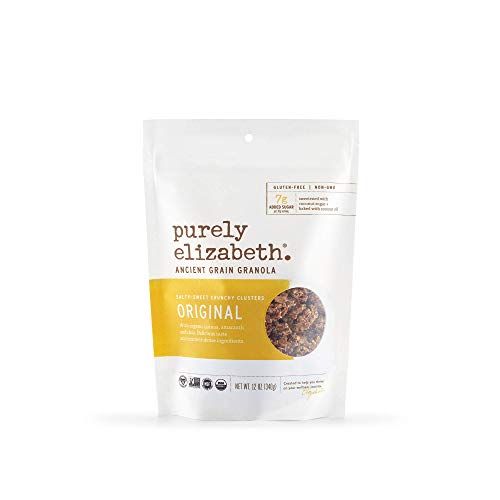 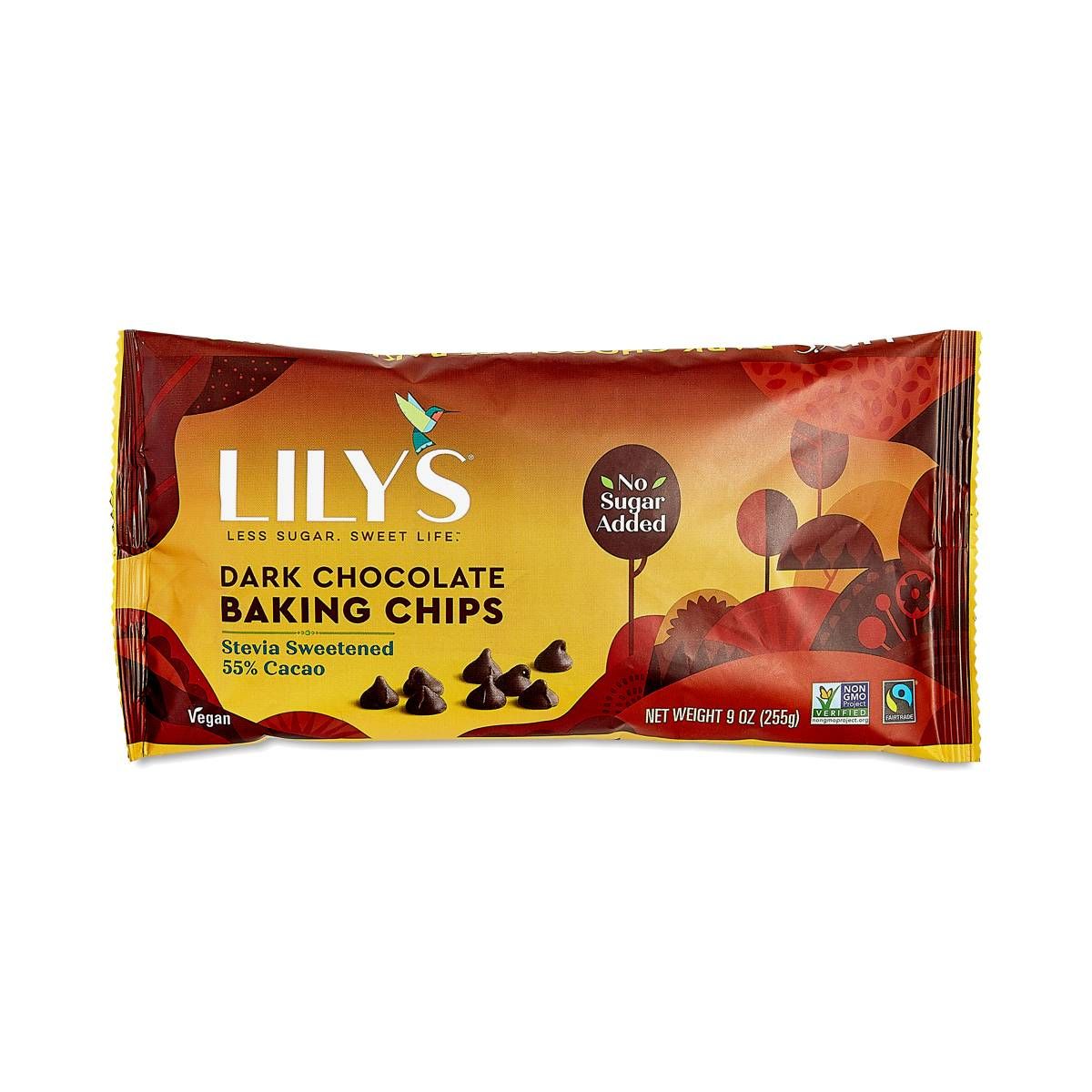 Of course, there are times when she eats whatever she wants, and that’s when she goes for one of her all-time faves: brownies, cookies, or ice cream. On regular days though, she’s all about packing in as many vitamins to her meals as possible, especially Vitamin D and zinc to stay healthy. 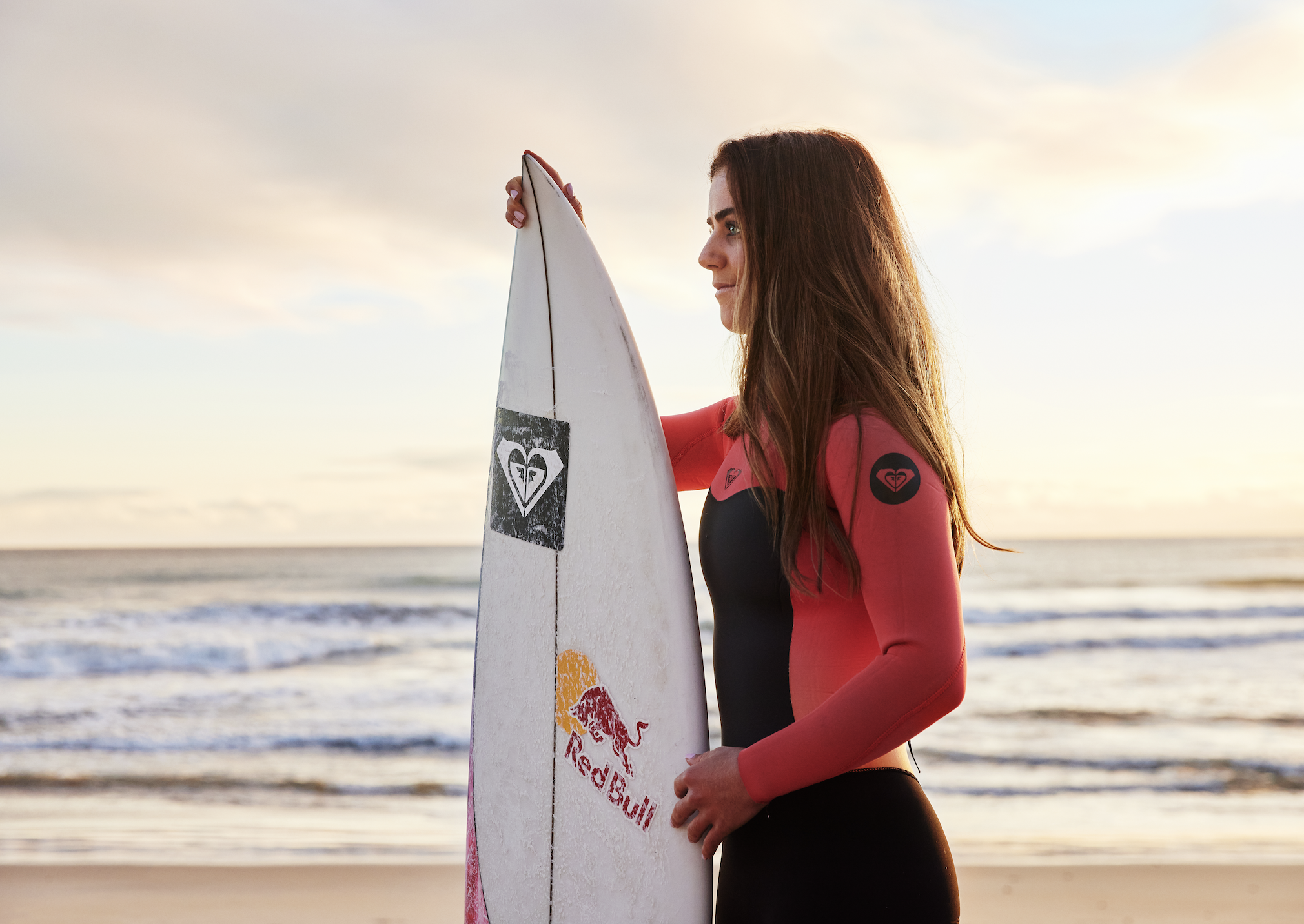 There you have it: these are all the foods that help Caroline prep for the 2021 Olympic games, which were postponed from last year. But the extra time has given Caroline space to reflect on her insanely amazing career so far, and to zero in on her health, nutrition, and strength. “I feel stronger and more confident,” she shares with WH.

She’s pumped not only for her own opportunity but for surfing to get its day in the Olympics. “This will be great for the world,” she says.