Home » Fashion » Why is everyone talking about Taylor Swift’s scarf? 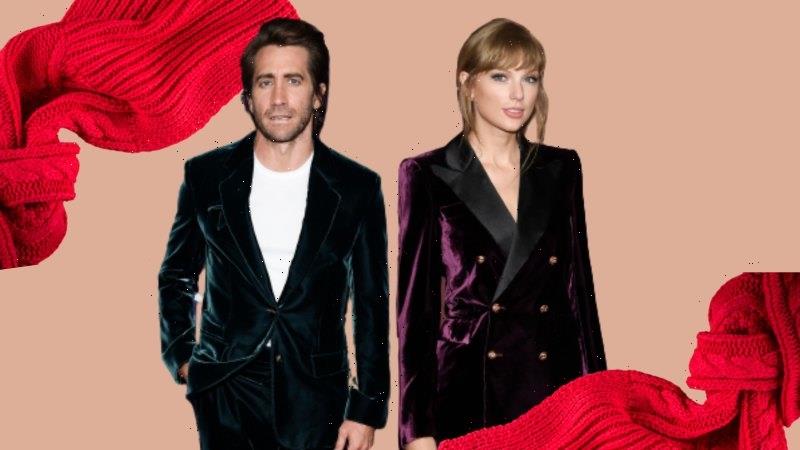 Why is everyone talking about Taylor Swift’s scarf?

American singer-songwriter Taylor Swift has released a new recording of her 2012 album Red so that she could legally own it again. And she broke the record for number of streams on Spotify in a single day, by a female artist, with more than 122.9 million streams.

Wow, OK, that’s impressive. So, why is everyone talking about some old scarf of hers then? Fair question; there has been a lot of scarf talk this week. Truly, only Ms Taylor Alison Swift could make a decade-old item of clothing a universal symbol for heartbreak. 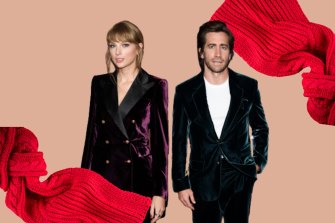 Taylor Swift was seen wearing the scarf in question (no, this red one isn’t the actual scarf) during late 2010, in multiple paparazzi shots with then-boyfriend, Hollywood actor Jake Gyllenhaal.Credit:AP; iStock

So, wait, just to be clear, is this a literal scarf that exists? In one sense, yes, it’s a real physical scarf. It’s dark blue, with red and grey stripes. Swift was seen wearing it in late 2010, in multiple paparazzi shots with then-boyfriend, Hollywood actor Jake Gyllenhaal. Gyllenhaal was also seen wearing the scarf.

In another sense altogether, the scarf may be a sort of metaphor for the innocence lost when our hearts are broken, or the parts of ourselves we give to the people we love. Either way, Gyllenhaal has something of Swift’s that doesn’t belong to him anymore.

But mostly, yeah, it’s a piece of fabric worn around the neck for the purposes of staying warm.

OK, so, did Swift sing about the scarf? Yes! In the song All Too Well, which is almost certainly about Gyllenhaal (and blew up this week after Swift released the 10-minute version at her fans’ request, alongside a 14-minute short film) she sings: “I left my scarf there at your sister’s house / And you’ve still got it in your drawer even now.” (For the record, we believe the sister is Maggie Gyllenhaal, who claims not to know the whereabouts or indeed the significance of the scarf).

Later, Swift sings: “But you keep my old scarf from that very first week / ’Cause it reminds you of innocence / And it smells like me / You can’t get rid of it / ’Cause you remember it all too well.”

OK, but we’ve all kept some random piece of clothing that belonged to an ex, right? It’s not a crime! Well, no, it’s not, legally speaking, a criminal offense. It’s more of an emotional crime. The scarf is a cosy woollen token of Taylor Swift’s love and trust – and this guy just took it! And shoved it in some drawer like it wasn’t very very precious!

Yep, I get that this is, like, so much more than a scarf. But in the sense that it is also just a scarf, where is the scarf now? Ha! Well! Sounds like Gyllenhaal didn’t even keep the scarf. Instagram account Deux Moi, which posts anonymous celebrity gossip though “does not claim any information published is based in fact”, announced on November 15 that someone was in possession of it. “The scarf was authenticated by the appropriate people,” they said (whatever that means).

We can only hope the scarf is returned to its rightful wearer.

Whoa yeah, alright, get Taylor the scarf! It must’ve been a really significant long term relationship for her to care this much about a fairly ugly scarf! Actually, it wasn’t… that long. Swift and Gyllenhaal dated for about three months.

What! And she’s still going on about it? Hey! Now. Look here. How often do you complain about other singers mentioning heartbreak? How much pop music would we have left if we got rid of everything about love at first sight? And pardon me but who are we to measure the impact of a relationship in time? And what, are we putting a statute of limitation on emotion now? Come on. Be reasonable.

OK… Also! If you fell in love with JAKE GYLLENHAAL, even for one day, and he stole your scarf, wouldn’t you absolutely never shut about it ever?

Now that you’ve put it that way… Yeah. Such a good point. If anything, we should be talking about this scarf more.