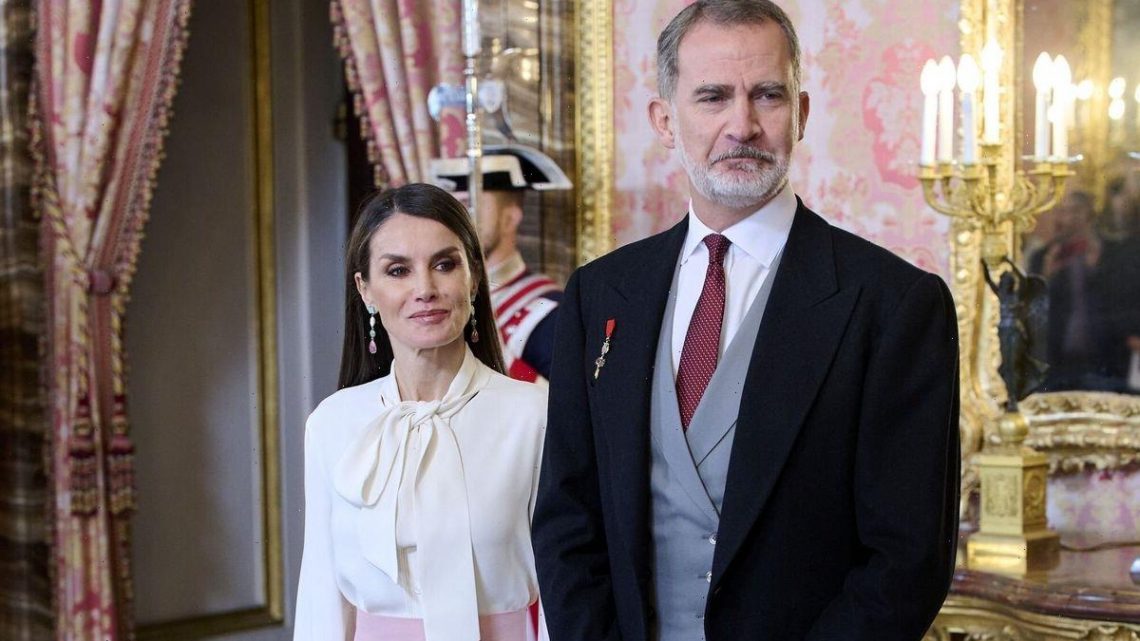 Queen Letizia dazzles in pink for glamorous day at the Palace 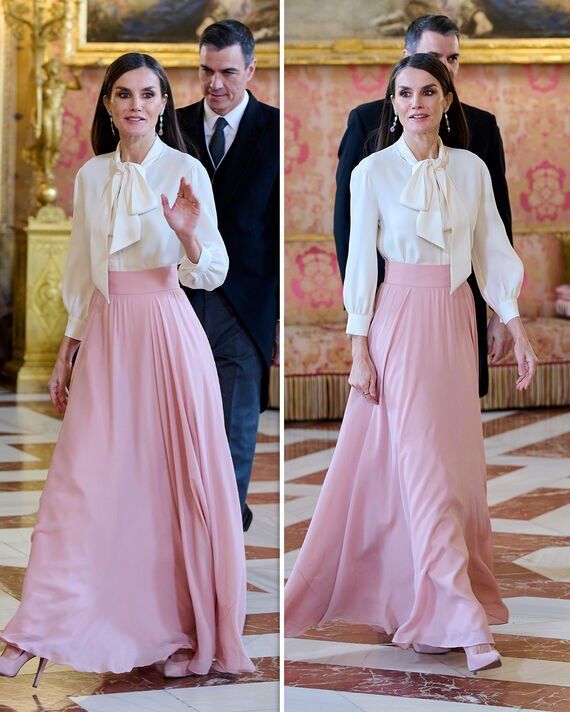 For her appearance at the Royal Palace in Madrid, Spain, Queen Letizia looked stunning in a nude pink floor-length gown. Every year, King Felipe and Queen Letizia receive the Diplomatic Corps accredited in Spain, formed by a total of 126 embassies and almost 800 consulates.

She combined the top with a flowy pale pink skirt and matching pumps from the Spanish fashion brand LODI.

Letizia kept her hair loose and donned a pair of delicate drop earrings from Tous and her “Amor Che Tutto Move” ring in yellow gold.

The jewel, from designer Coreterno, is currently available for 975 euros or around £858.

Queen Letizia looked sophisticated in her chic ensemble and royal fans took to social media to share their thoughts.

Royal watcher @luxmeagainpreloved commented on Instagram: “Yesterday she wore the menswear look and today the full feminine look – so versatile!”

Many believed that Queen Letizia channelled Queen Rania of Jordan with this look as @victorys1980 pointed out: “Very Queen Rania’s style! In Felipe and Lelizia’s wedding.”

In fact, Queen Rania wore a very similar look to attend Queen Letizia’s wedding at the Almudena cathedral in Madrid, in 2004.

She also chose a white shirt and a long pink skirt but she opted for an updo hairstyle and complemented her look with a white clutch bag.

“She looks like Rania, white shirt and voluminous pink skirt. So elegant and timeless!” said a royal fan.

Another one, @puramussodelmoral, added: “Letizia always looks so chic, super stylish and I’m proud she is the Spanish Queen!”

Queen Rania of Jordan was actually one of the few women to wear a floor-length outfit at Queen Letizia and King Felipe’s wedding.

The couple married in May 2004 at the Almudena Cathedral in Madrid when Felipe was the heir to the Spanish throne.

Rania’s outfit was by Givenchy couture and her husband, King Abdullah II, was unable to attend the wedding so she arrived accompanied by her mother-in-law, Princess Muna.

Today, Queen Letizia and King Felipe received hundreds of diplomats as well as members of the church in the Palace.