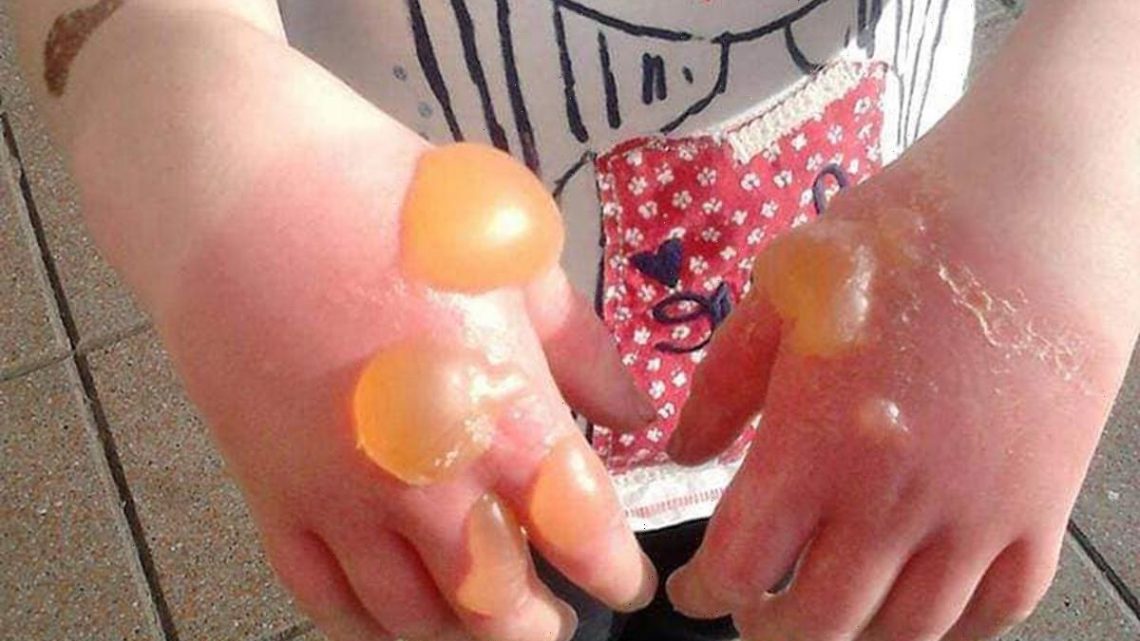 A MUM has issued a terrifying warning after her daughter suffered third degree burns and was hospitalised for days after playing by a stream.

The anonymous parent took her daughter fishing at a river in Burringham, North Lincolnshire, last month. 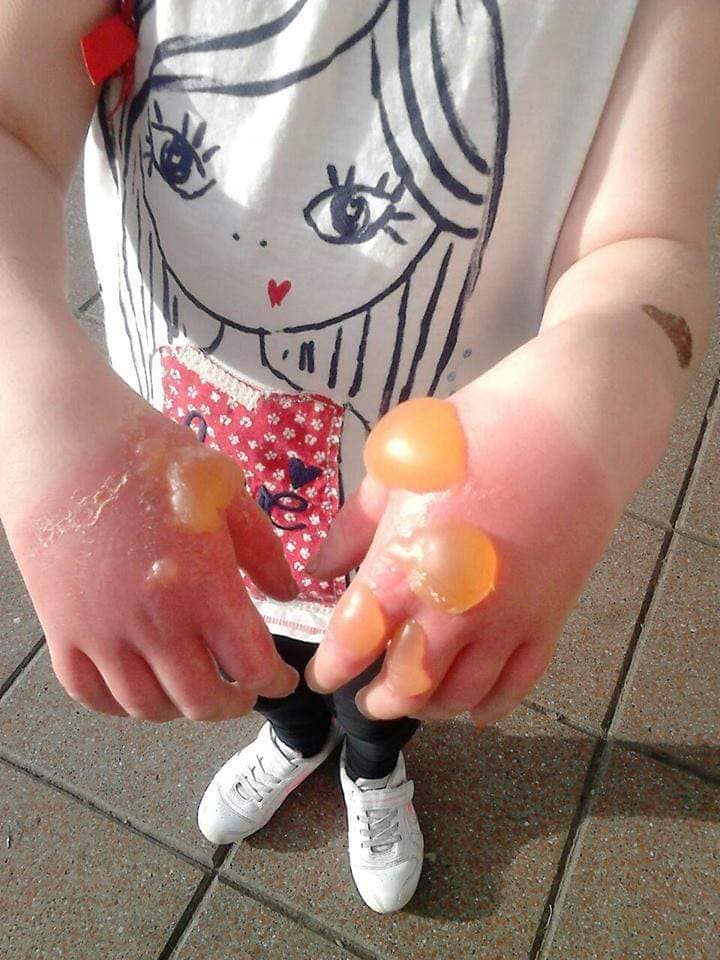 But as they were enjoying their day out, the mum noticed her little girl's hands start to swell – and it then dawned on her that she'd come into contact with "the UK's most dangerous plant" giant hogweed.

Posting on the Facebook group Burringham & Gunness Community Safety, she wrote: "I took my daughter fishing on Sunday she broke the stem and some of the sap got on her hands.

"The UV light from the sun activated the chemical in the sap and it has burned her hands really bad."

After rushing her daughter to hospital, the mum was told she had suffered third degree burns. 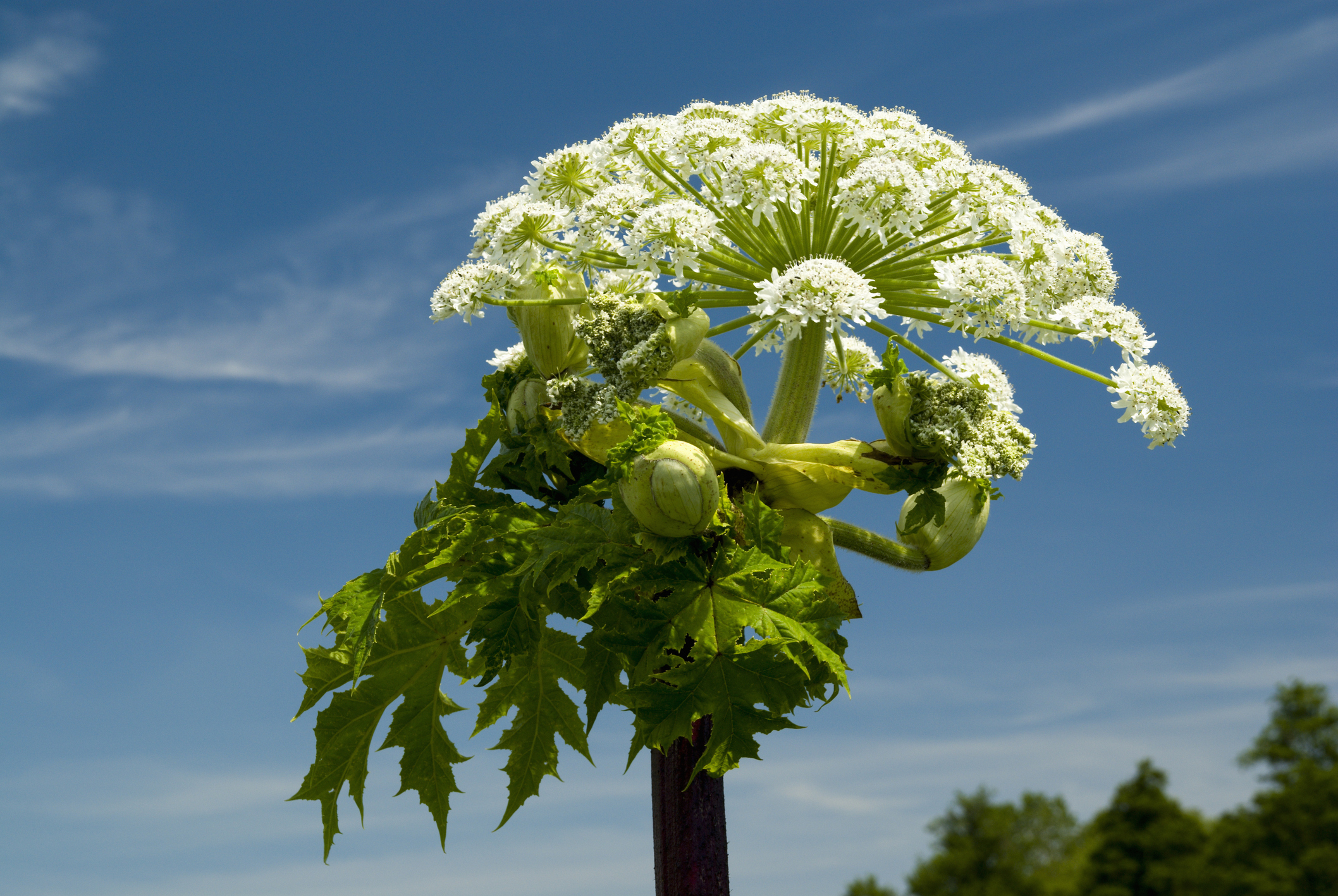 What's more, the mum claims her daughter has been kept in hospital for two and half days while her blistering burns recover.

She continued: "Please take care when near or around banks of rivers.

"My daughter will be ok but it will take a long time to heal."

The invasive plant is native to the Caucasus – which includes Armenia and Georgia – but was introduced to Britain as an ornamental plant in 1817 and its spread has now got out of control.

What to do if you come into contact with giant hogweed:

What is giant hogweed?

It is an infamously dangerous plant which is common near rivers and streams.

The plant can tower up to 25ft tall, with long green stems with purple blotches and huge branches of small white flowers and green leaves.

What can it do to you?

It causes a red rash, often followed by severe blistering within 24 hours. The resulting burns can last for several months and can leave skin sensitive to sunlight for years.

The NHS advises covering the affected area and washing it with soap and water. If you begin to feel unwell after contact with giant hogweed, speak to your doctor and stay out of direct sunlight.

How to get rid of giant hogweed

The RHS advises wearing gloves, covering arms and legs, and wearing a face mask. Also immediately wash any skin that comes into contact with the plant and be wary of contaminated clothing and tools

Its sap stops the skin protecting itself against sunlight, leading to nasty burns when the skin is exposed.

In the UK it is especially common to find the giant hogweed alongside rivers, which can transport the plant’s seeds.

For more parenting stories, this mum issued a grim warning after discovering RAT were living under back car seat & almost chewed through kids’ seat belts.

And this mum shared a terrifying warning after her baby was left critically ill and ‘gasping for breath’ after swallowing Aldi trolley token.

Plus this woman issued a scary warning after escaping hotel room attack & reveals simple advice which saved her.

Which France players are the best options for Dream Team Euros bosses this summer?