Home » Fashion » I tried Kim Kardashian’s SKIMS – they are so tight even after sizing up, they are my worst nightmare | The Sun 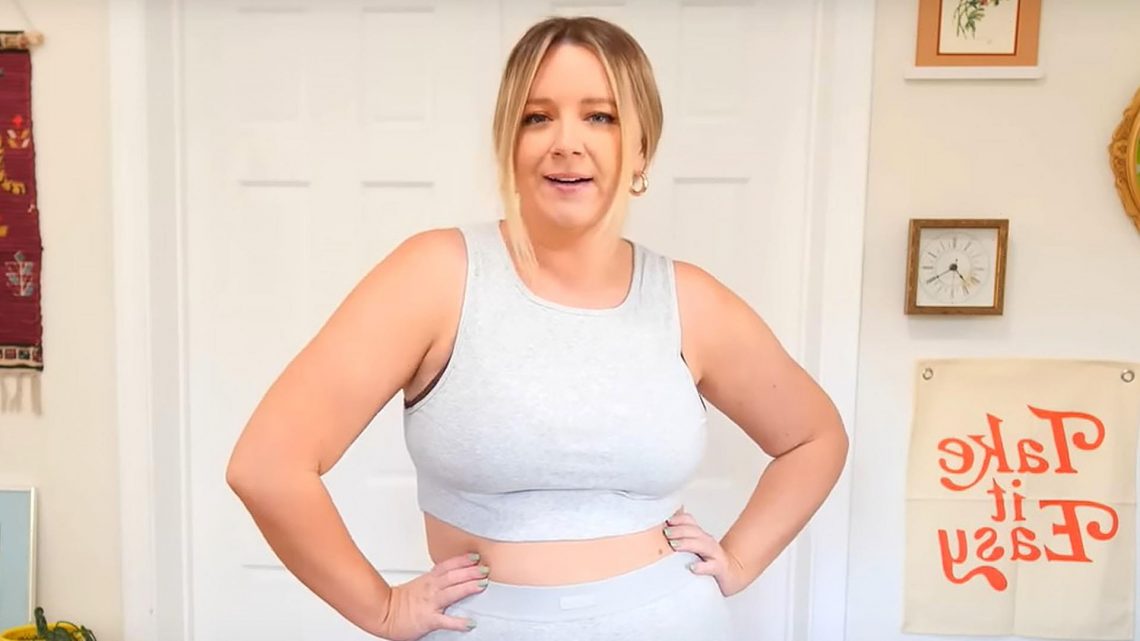 I tried Kim Kardashian’s SKIMS – they are so tight even after sizing up, they are my worst nightmare | The Sun

A YOUTUBER tried Kim Kardashian’s SKIMS, only to have mixed feelings about the hyped brand.

Carrie Dayton, who posts fashion content on her channel, said the SKIMS were "tight" even after she sized up. 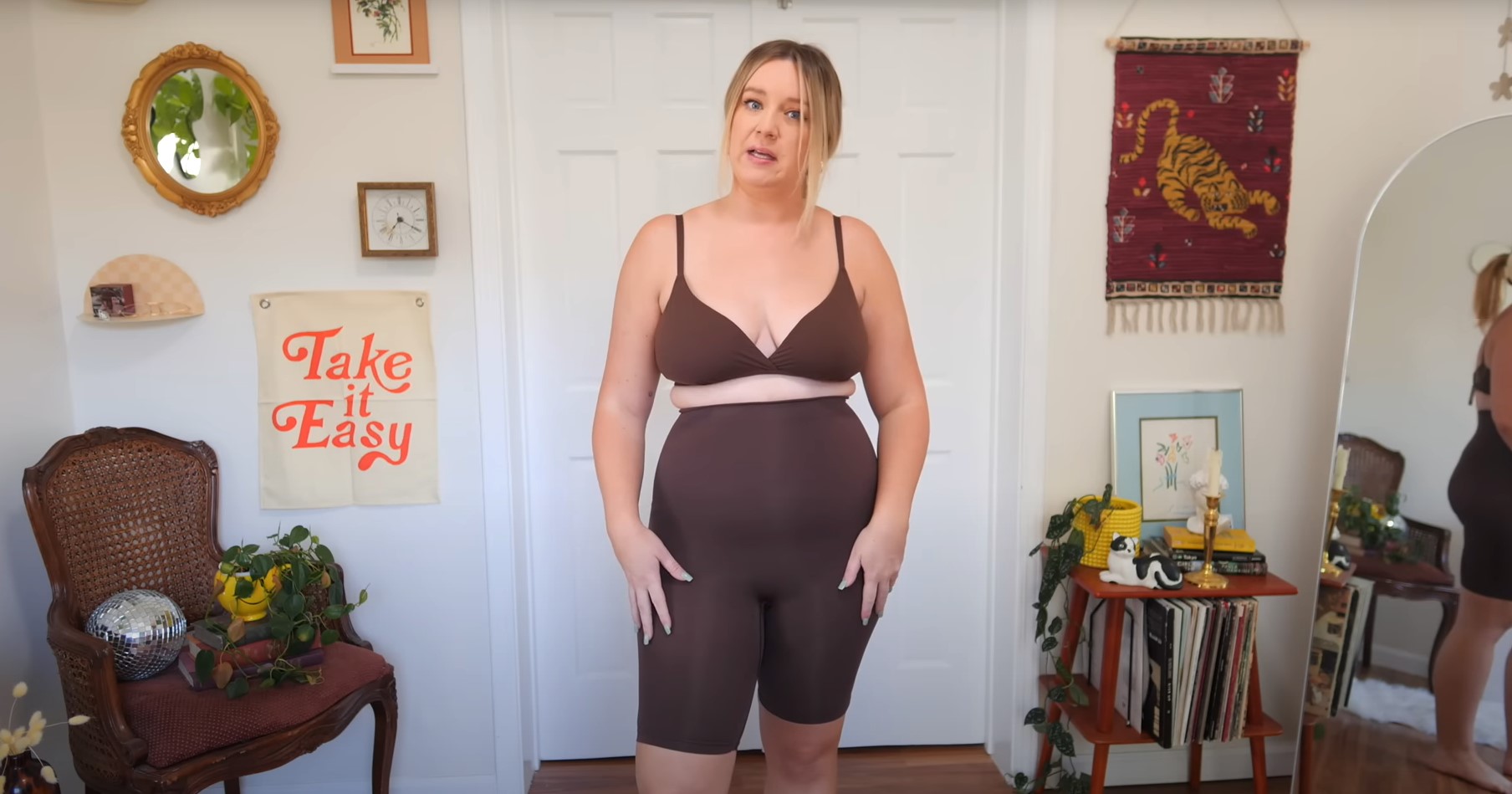 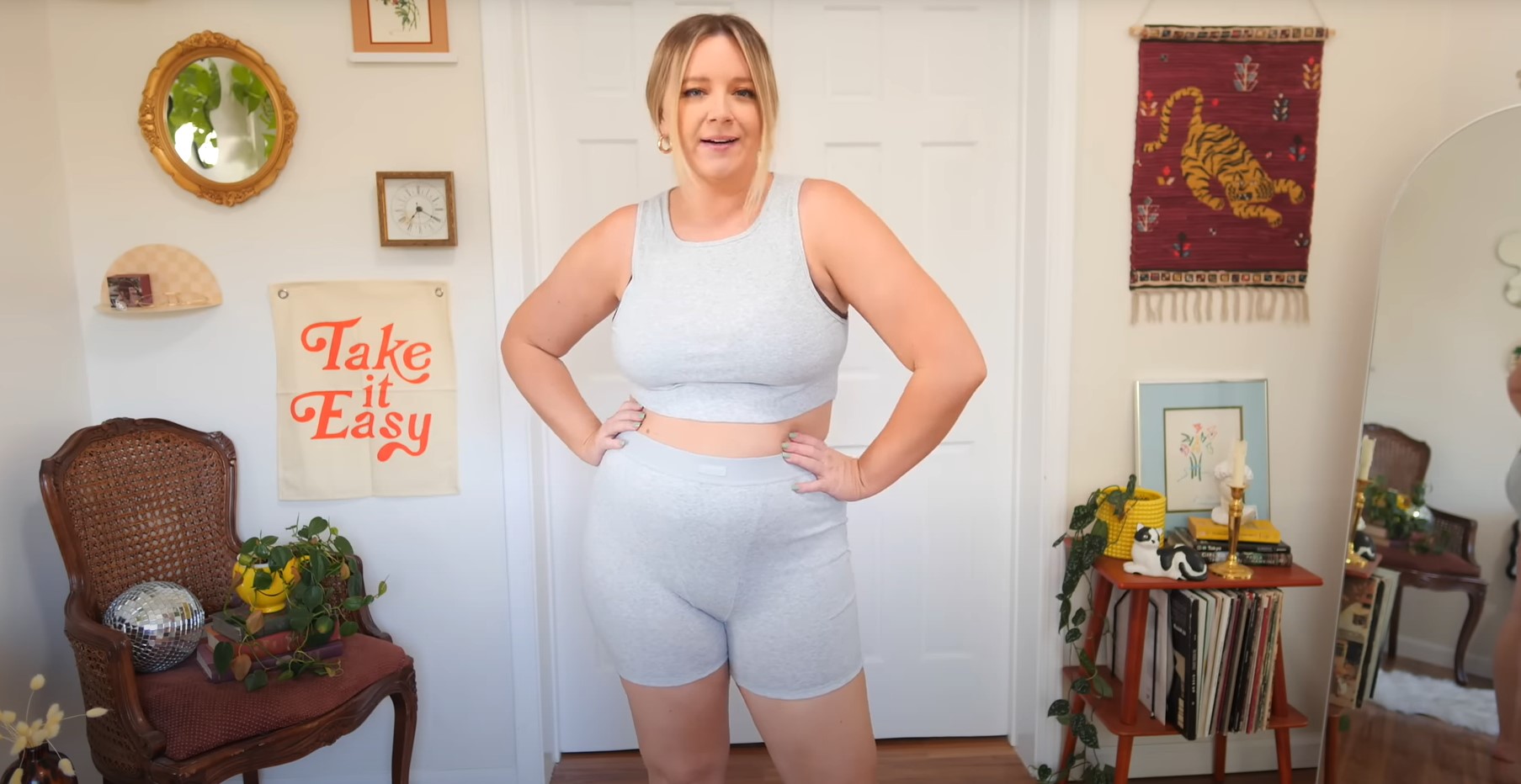 Dayton started the video excited to try the haul, as despite having her "thoughts and opinions" about the Kardashians, she has heard they make quality, size-inclusive products.

She ordered four products and showed them all.

"I'm not feeling super comfy in my body at the moment so hopefully you'll be gentle on me during this process." 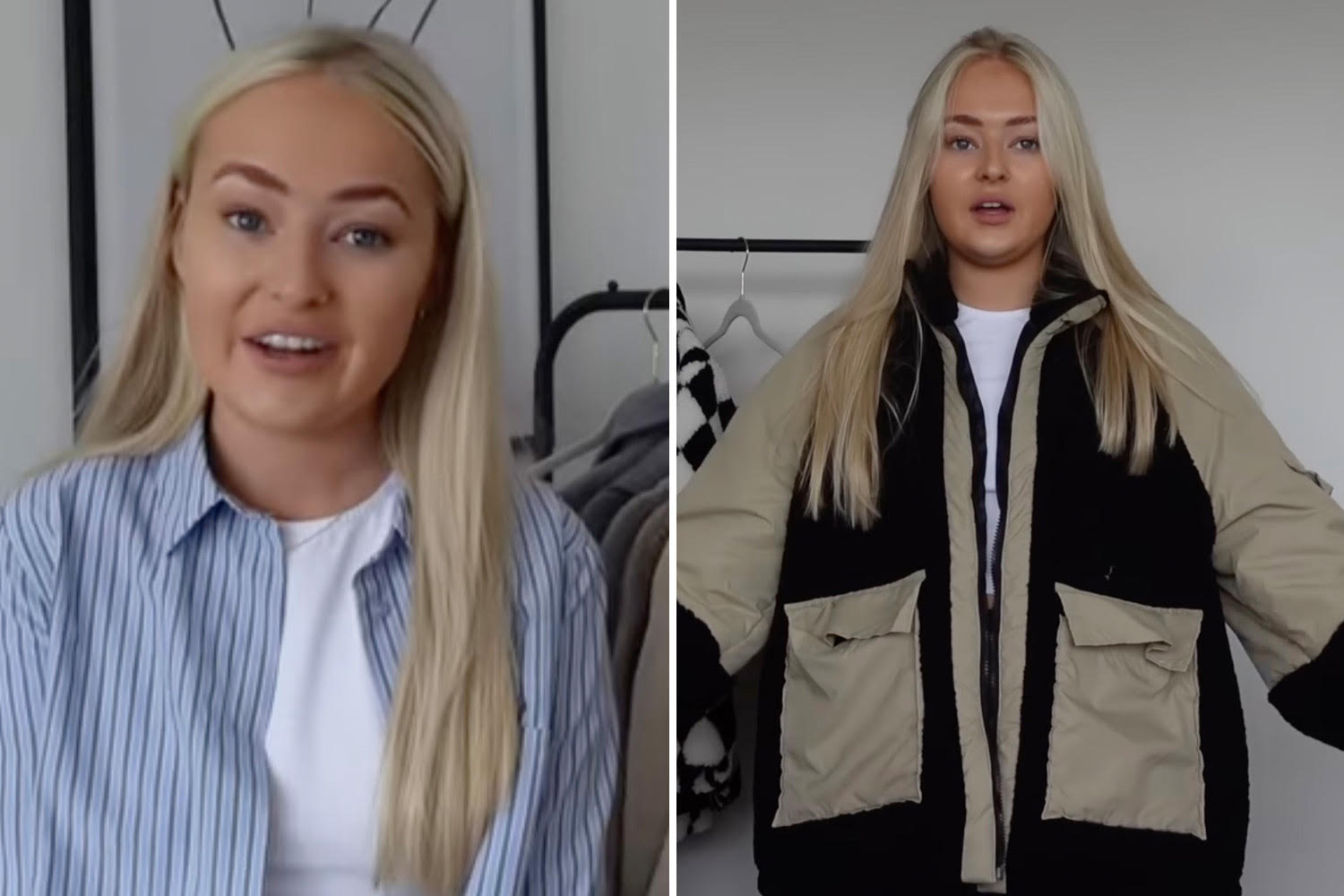 I’m a fashion fan – I did a huge winter Shein haul, including $6 Skims dupes

First, she admired the "chic" packaging of the SKIMS.

"This feels very fancy," she said.

While Dayton said she measured herself according to the sizing chart, others told her to size up.

"It feels just kind of messed up," she said.

Then, it was time to try on the products.

First was the Sculpting Shorts Mid Thigh with Open Gusset.

They retail for $34, and Dayton got them in the color Cocoa.

The first thing she noticed was how small they seemed, though she acknowledged they looked"nice."

"They sure look tiny," she said.

"I don't know how these are going to fit my body. These look like they're for a small child."

"These look like a pair of leggings for a baby."

Also for $34 she picked up the FITS Everybody Crossover Bralette the color Cocoa, which she said was not an "exact match" colorwise.

When she tried the top and bottom on, she said it was
"the most I've probably sweat to put something on, maybe in my life."

She called the shorts her "worst nightmare."

She explained they were tight, rolling down, and also see-through.

Dayton acknowledged shapewear is intended to be tight, but also that it is "not comfortable."

However, she really liked the bra, which she said felt like a T-shirt and would be easy to sleep in.

Despite the shorts being a fail, she said she would keep the bra.

Next, she tried on the Cotton Rib Super Crop Tank in the color Light Heather Grey, which retails for $36.

She also got the Cotton Rib Boxers to go with it for $32.

As it turns out, she loved the "really cute" outfit.

"I could keep these and sort of mix and match them, she said.

'Like, wear these around, throw on a nice big oversized T-shirt, and then wear this with legging and flare yoga pants, and all that kind of stuff, and maybe mix and match.."

Up next Dayton threw on an $88 SKIMS robe, which she also loved.

"It's really stretchy and, like, slinky and comfy. It's very simple, it's very basic," she said.

Dayton also got the Cozy Knit Pants and top. 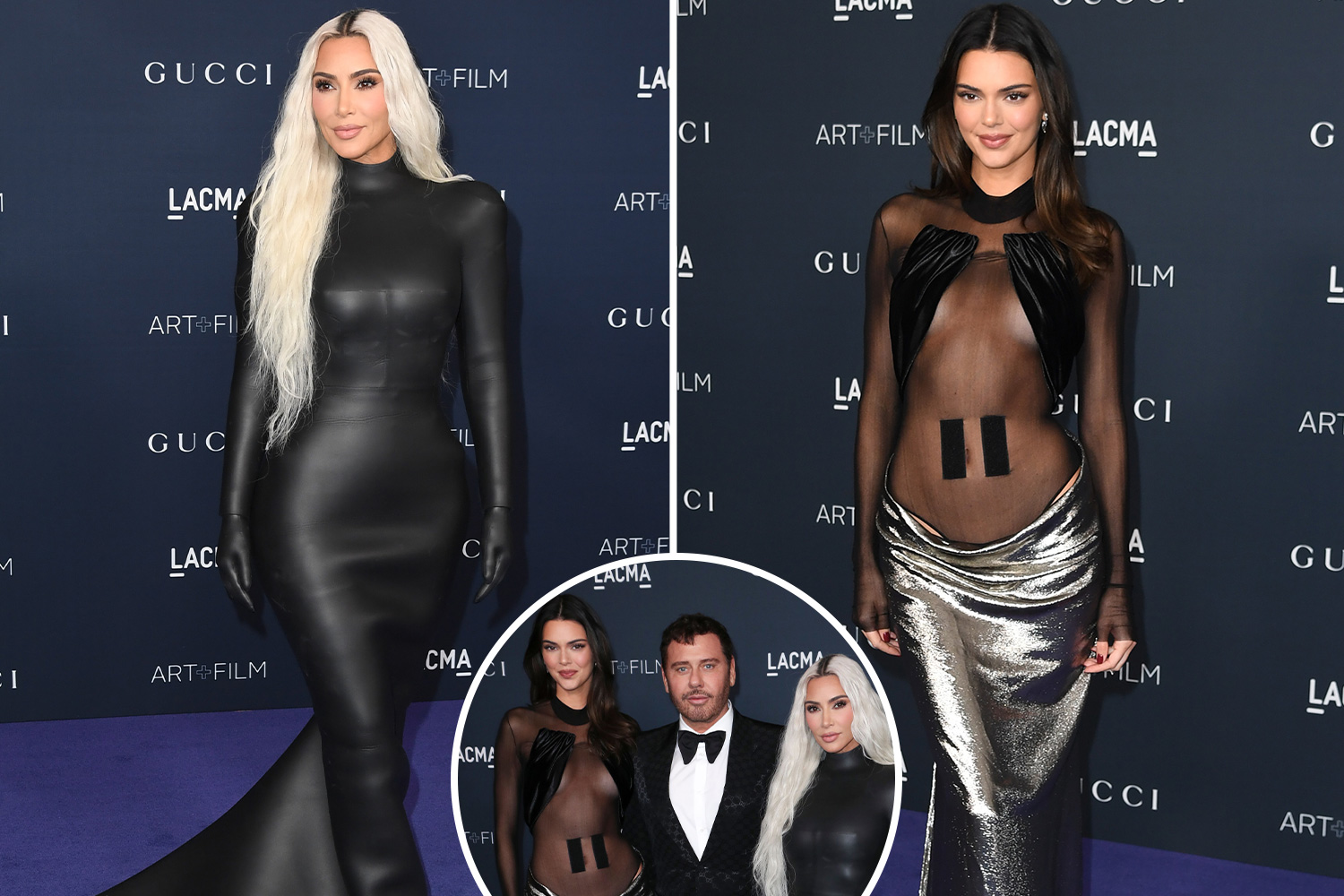 While she was worried she may "sweat to death in them," she just "didn't order the right size."

Finally, she got the classic SKIMS dress, long-sleeved, which she said was beautiful but not worth $88.