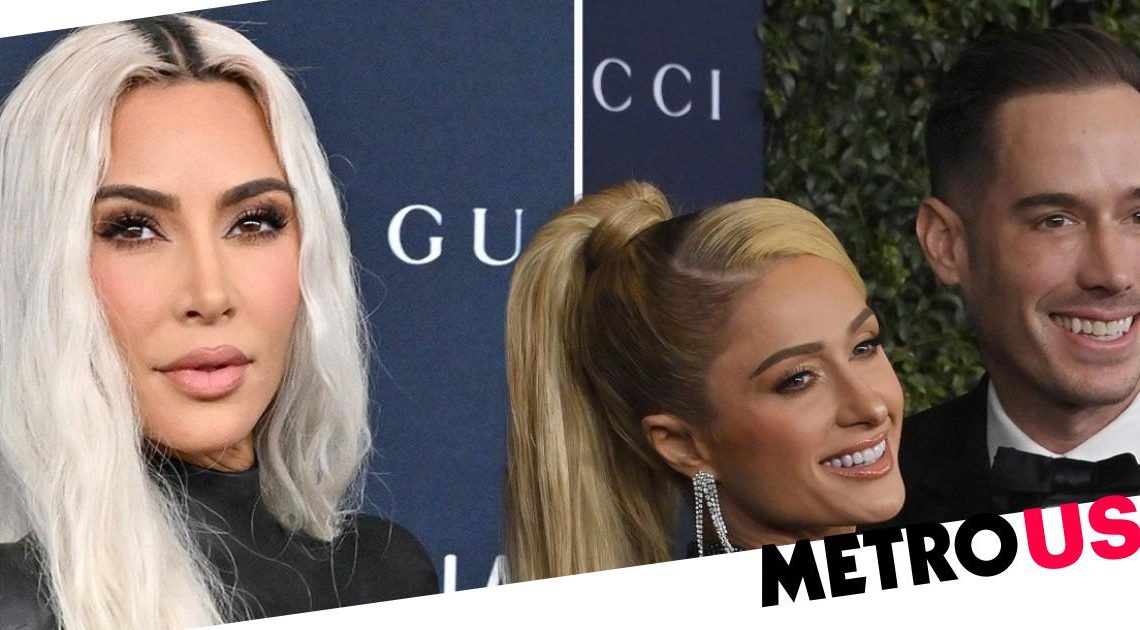 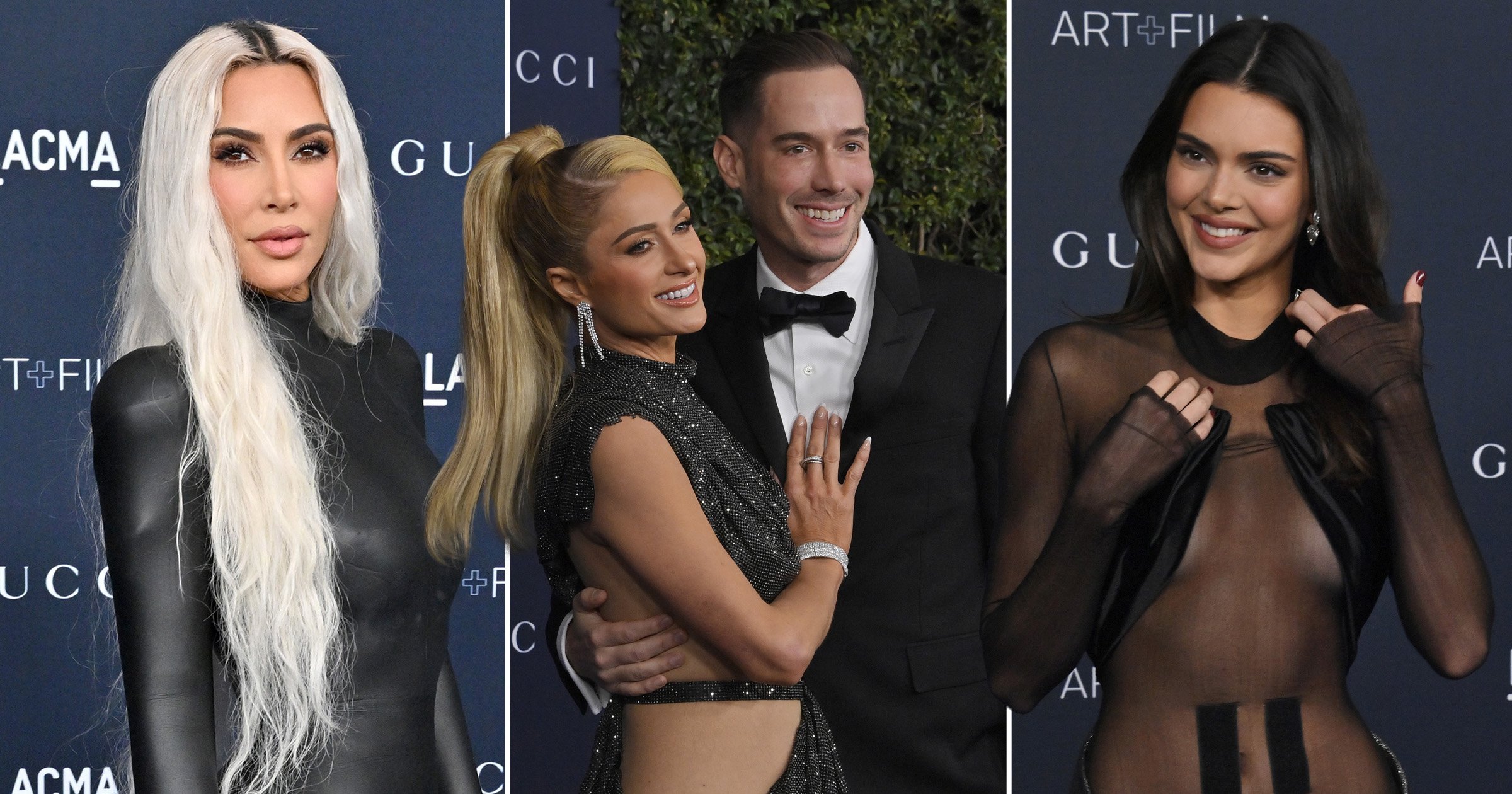 This year’s 11th annual LACMA Art + Film Gala was packed to the brim with stars in their finery, with Kim Kardashian, Paris Hilton and Kendall Jenner among the glam stars.

Ever the epitome of glamour, Kim, 42, graced the red carpet in a jaw-dropping skin-tight black dress.

The flowing outfit contrasted her bright blonde tresses, which she wore down for the occasion.

The dazzling silver skirt of the dress perfectly accompanied the sparkling diamond earrings she accessorised with for the gala.

Model and media personality Paris Hilton, 41, looked stunning in a floor-length, grey glitter gown as she arrived at the gala.

She paired the outfit with strappy black heels and cascading diamond earrings accentuated by her famous blonde ponytail.

Hilton was accompanied by her husband Carter Reum, 41, who looked sophisticated from head to toe in a black tuxedo.

The actress, 56, looked resplendent in a rhinestone-covered green and pink ombre gown with matching gloves.

Billie Eilish made her red carpet debut with beau Jesse Rutherford at the star-studded event.

Eilish, 20, and Rutherford, 31, wore matching Gucci outfits for the occasion, arriving, bizarrely, wrapped in a large blanket from the Italian designer brand.

Another glamorously dressed couple was Elliot Page, 35, and Mae Martin, 35, both looking sharp in complimenting black and navy tuxedos.

TikTok personality Addison Rae donned a similar look to Hilton as she attended the event, accessorising her gray glittering gown with a statement-beaded necklace that fell to her ankles.

During the event, artist Helen Pashgian and Korean filmmaker Park Chan-Wook were honoured, and there was a live performance from Sir Elton John.

‘This includes exhibitions, acquisitions, and educational programming, in addition to screenings that explore the intersection of art and film.’

I tried Kim Kardashian’s SKIMS – they are so tight even after sizing up, they are my worst nightmare | The Sun