Home » Fashion » I pity travellers' wives, their lives are so boring & I'd never clean all day – but my man pays for everything 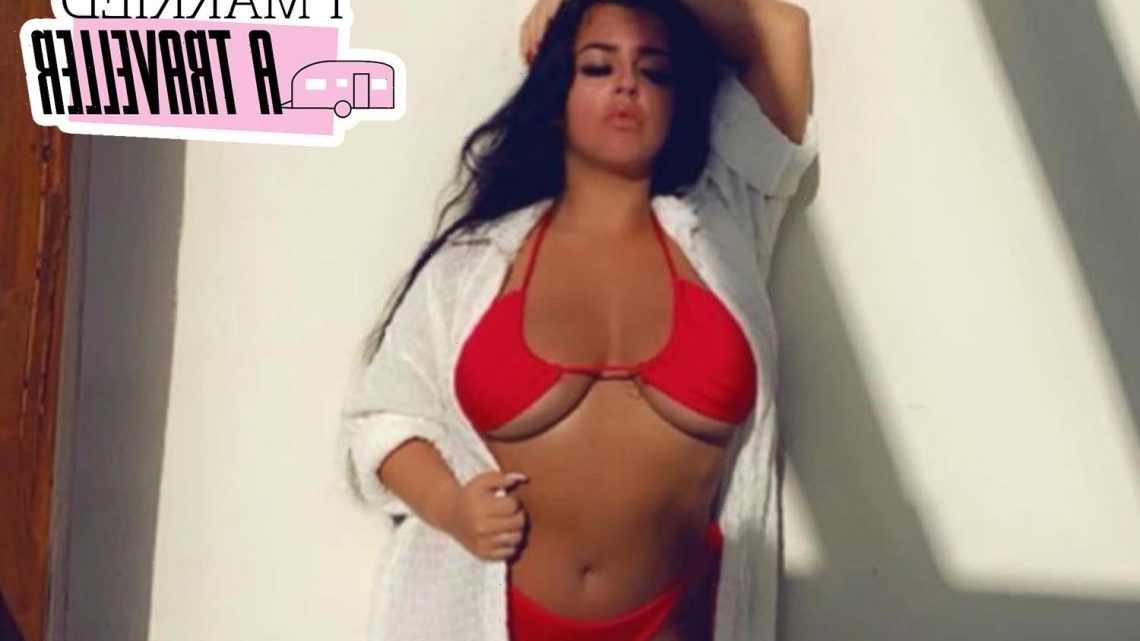 I pity travellers' wives, their lives are so boring & I'd never clean all day – but my man pays for everything

But Nikia Marshall, 22, who married into the community, says it's a "boring" life, and quit being a housewife six months after marrying Romany gypsy Michael, 38. 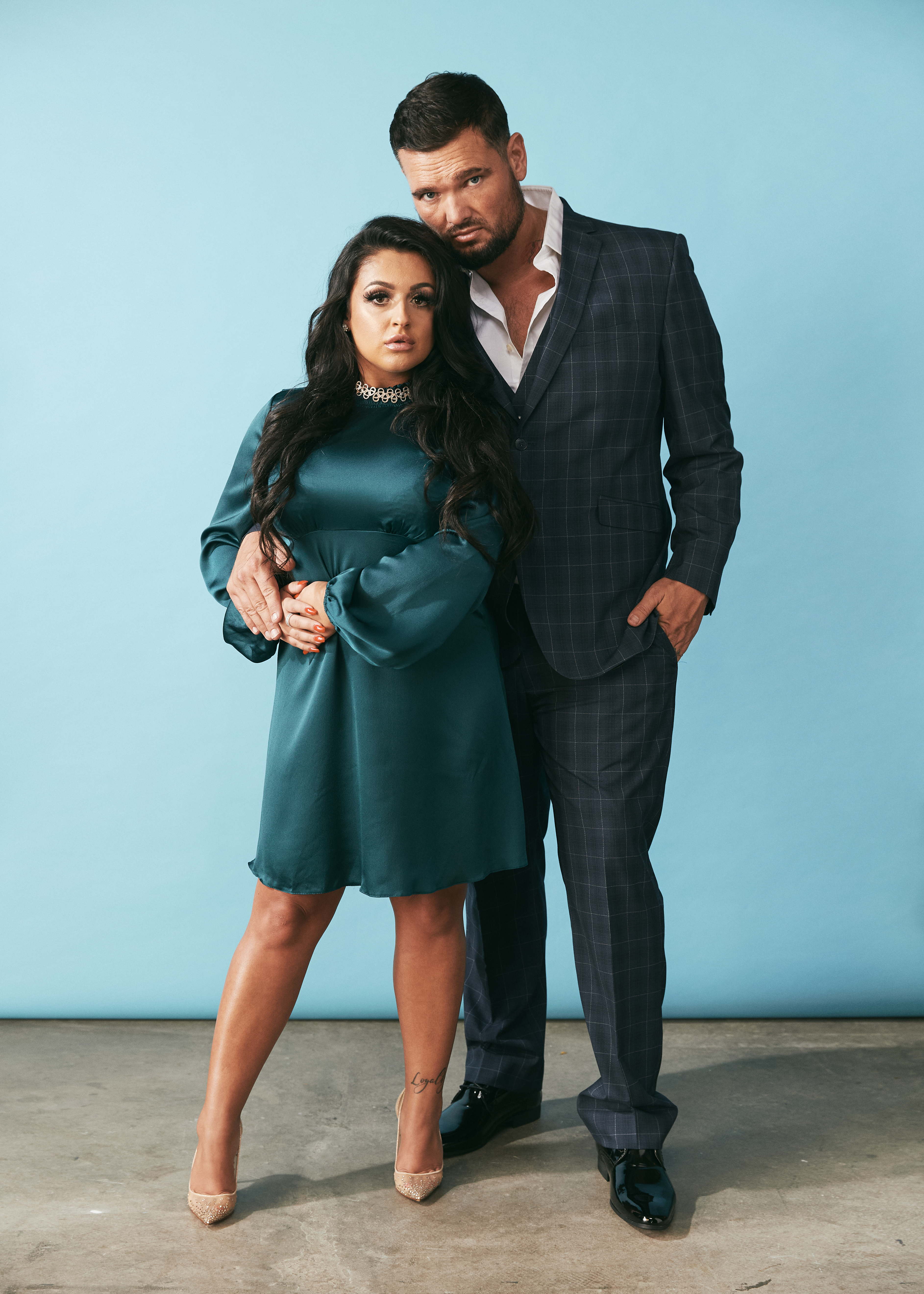 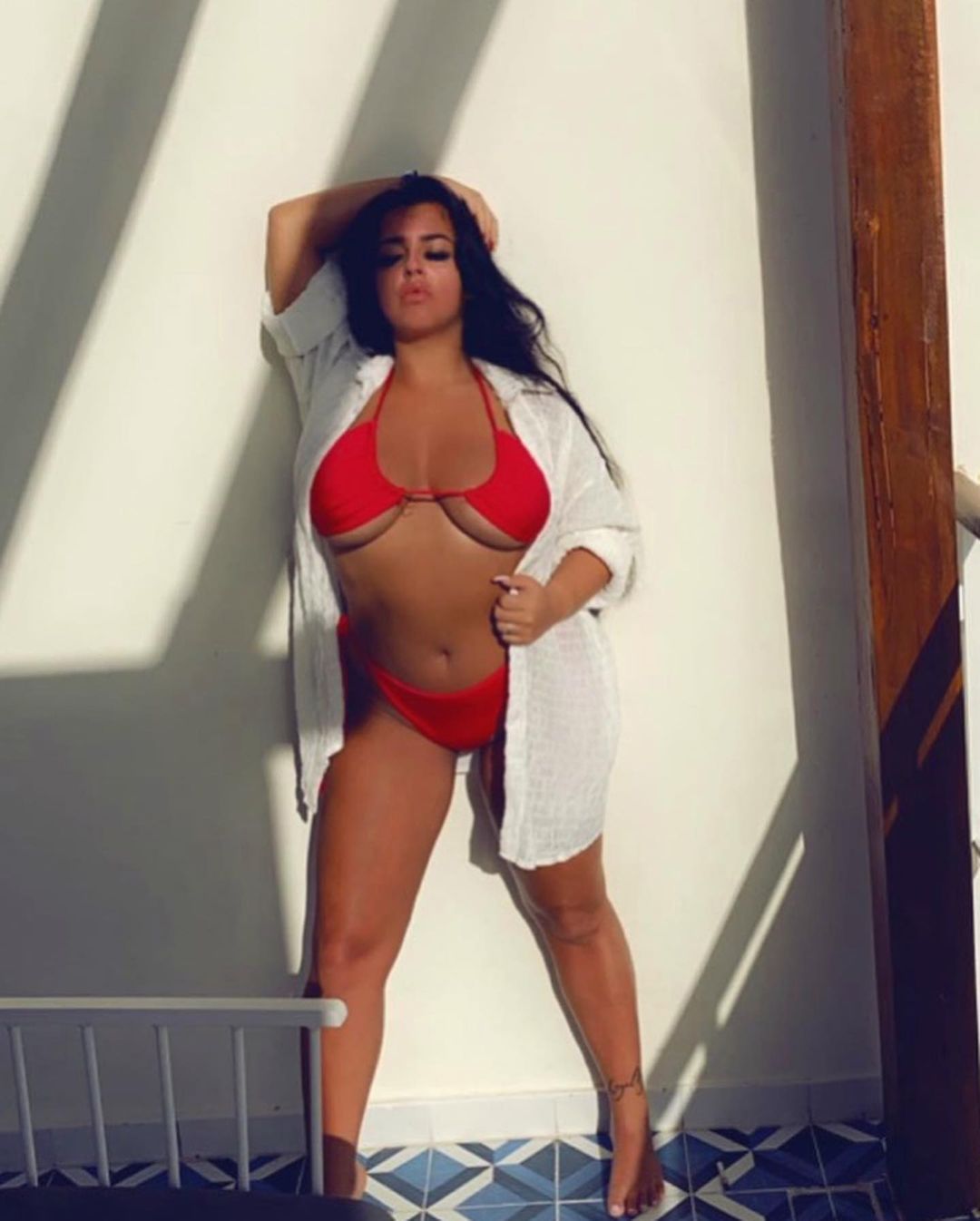 The outspoken business owner, who now sells cosmetics and clothing, even used to work as a glamour model and says she doesn't care if people think it's "shameful".

The couple are fronting I Married A Traveller, an exclusive, six-part YouTube series with Fabulous, revealing what it's really like to bring their two worlds together.

Nikia tells Fabulous: "I do not follow a traditional traveller’s housewife duty of life, that is not me. I don’t have time to clean every day.

"When we first got together, I lived like a traditional travelling woman but I realised I would’ve got very bored very quickly.

"I feel for women who live that life, God bless them. How can your only purpose in life be cooking, cleaning a caravan and having children? It's ridiculous.

"Women are made for more than that. We have brains, we’re smarter than men most of the time. I feel like women should have a fulfilled life, not just sit there and say ‘I’ve had 10 kids so I’m happy now’.

"That wouldn’t make me happy, that’d make me depressed. I’d be thinking ‘I’ve had all these kids, I’ve relied on a man all my life, what am I doing?’

"If I had to stay home and clean all day and wasn't allowed to do anything else with my life, I’d leave Michael. That life isn't for me." 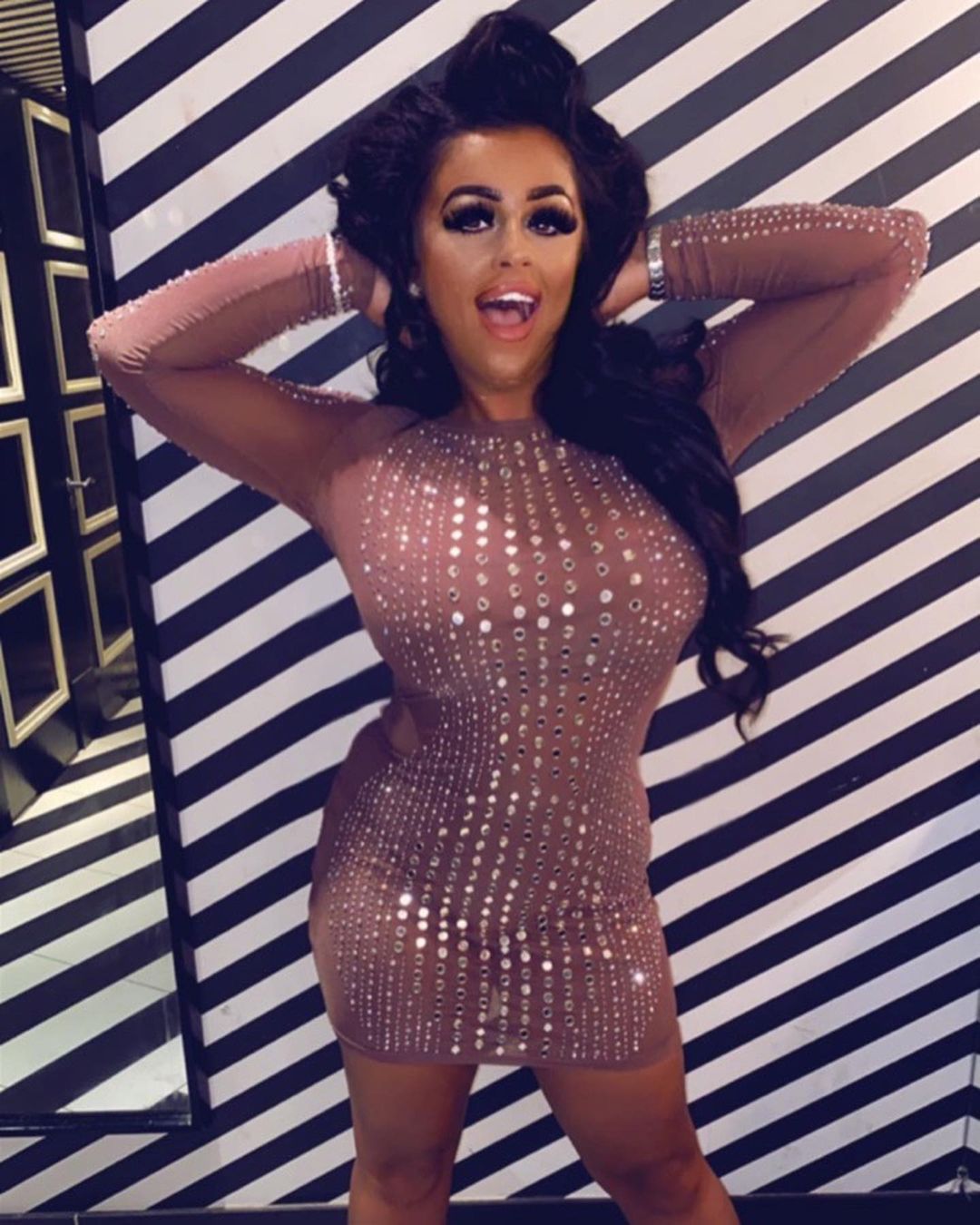 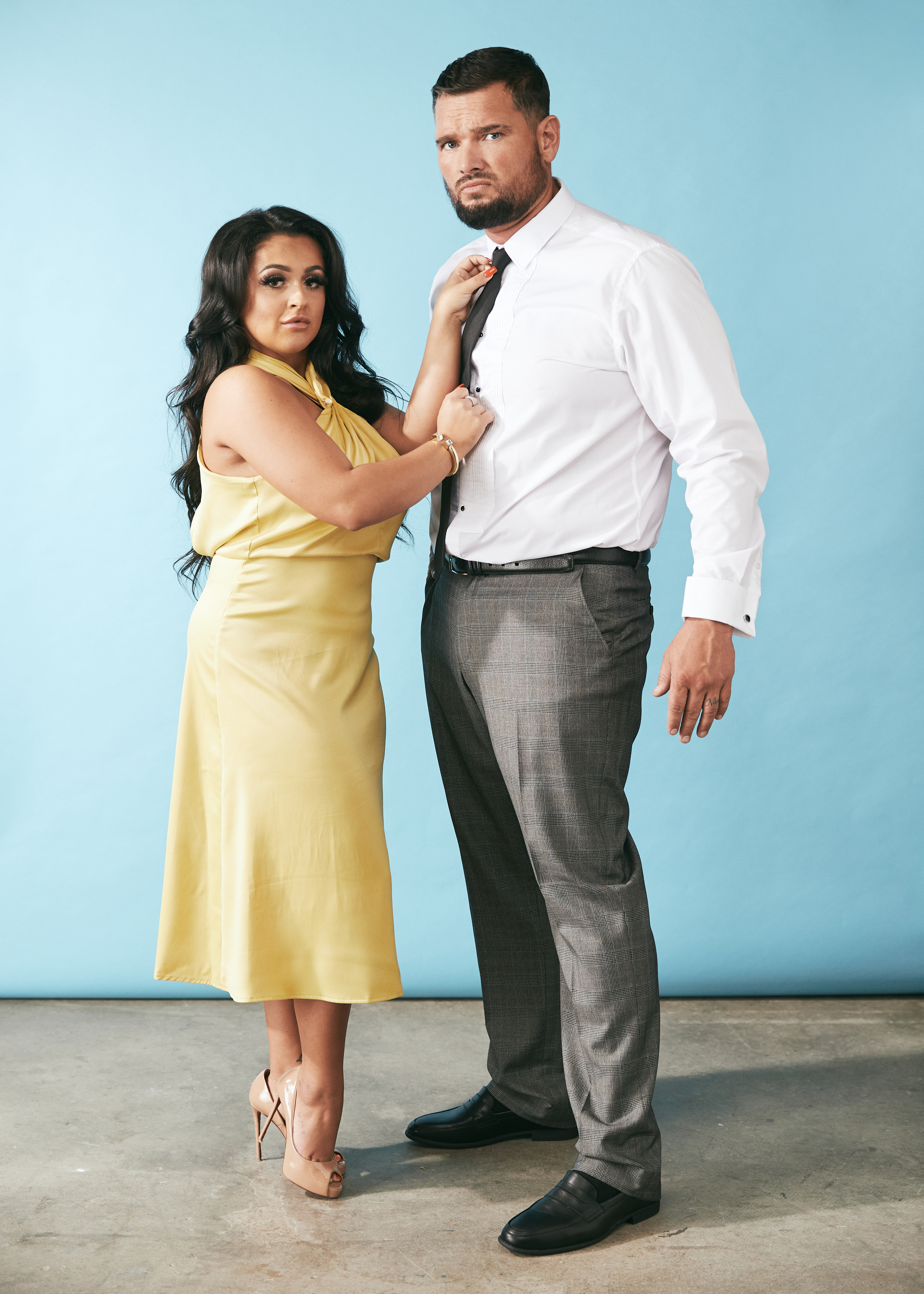 When it comes to Michael's role in the house, the gender dynamic is more traditional.

Admitting he's been out "hawking" for sales since he was 12, Michael previously tarmacked driveways and now owns his own roofing company.

Although Nikia works, Michael feels it's his role as the husband to pay for everything, with his wife admitting: "He pays for the roof over my head."

I got bored very quickly. I feel for women who live that life. How can your only purpose in life be cooking, cleaning a caravan and having children? That'd make me feel depressed

Michael adds: "That is traditional, it comes from being an old school gentleman. I open doors, I pull out chairs and it’s my job to pay for everything.

"Normally when a travelling man goes out in the morning, they will leave £50, £100 or £200 cash for the woman, to get the food shop or whatever she needs.

"If the woman’s asking for money and she’s not getting it, sooner or later it’s going to get round that the man’s a bum. He’ll get talked about.

"Nobody talks about money in the traveller community, the ones who do are frowned upon because they’re known as braggers or blaggards.

"They'll show off with cars and trailers instead, but nobody wants to get talked about not having any.

"The money I make goes in a joint account, we're a modern couple." 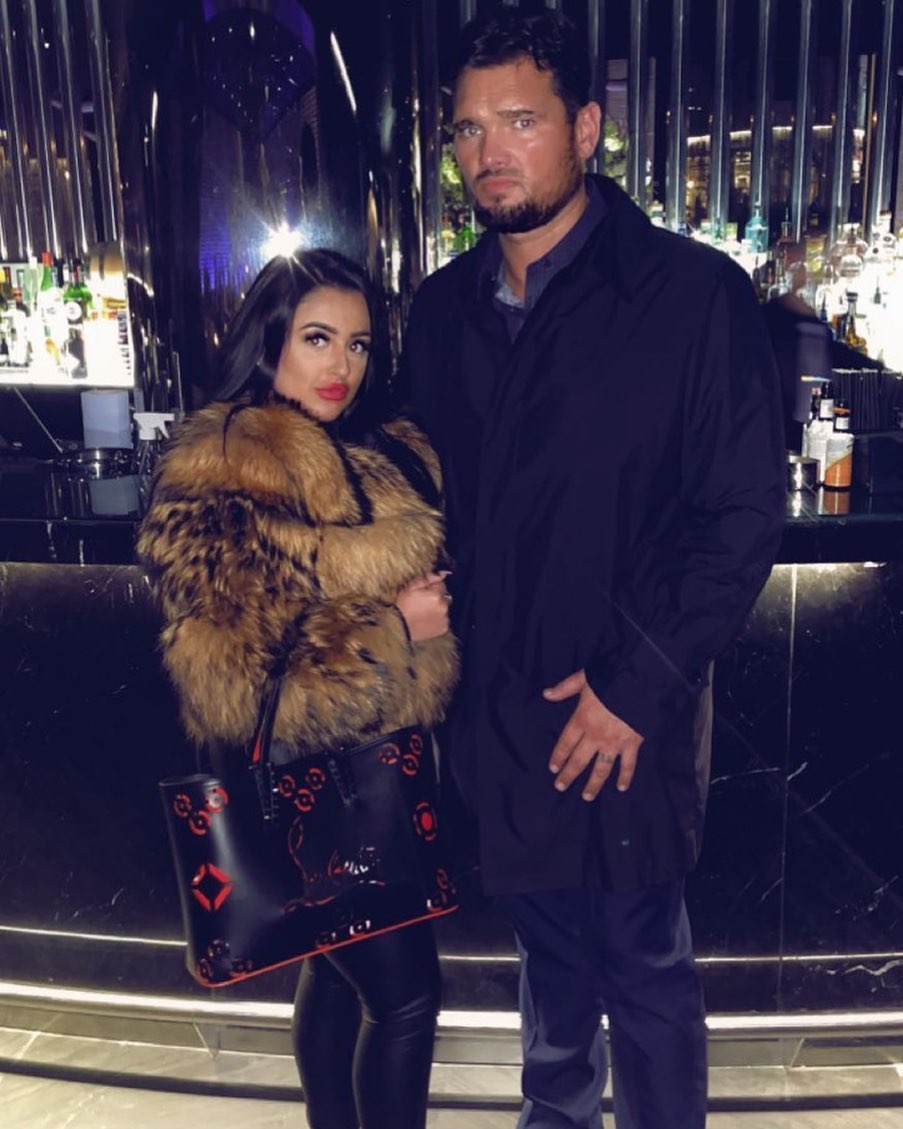 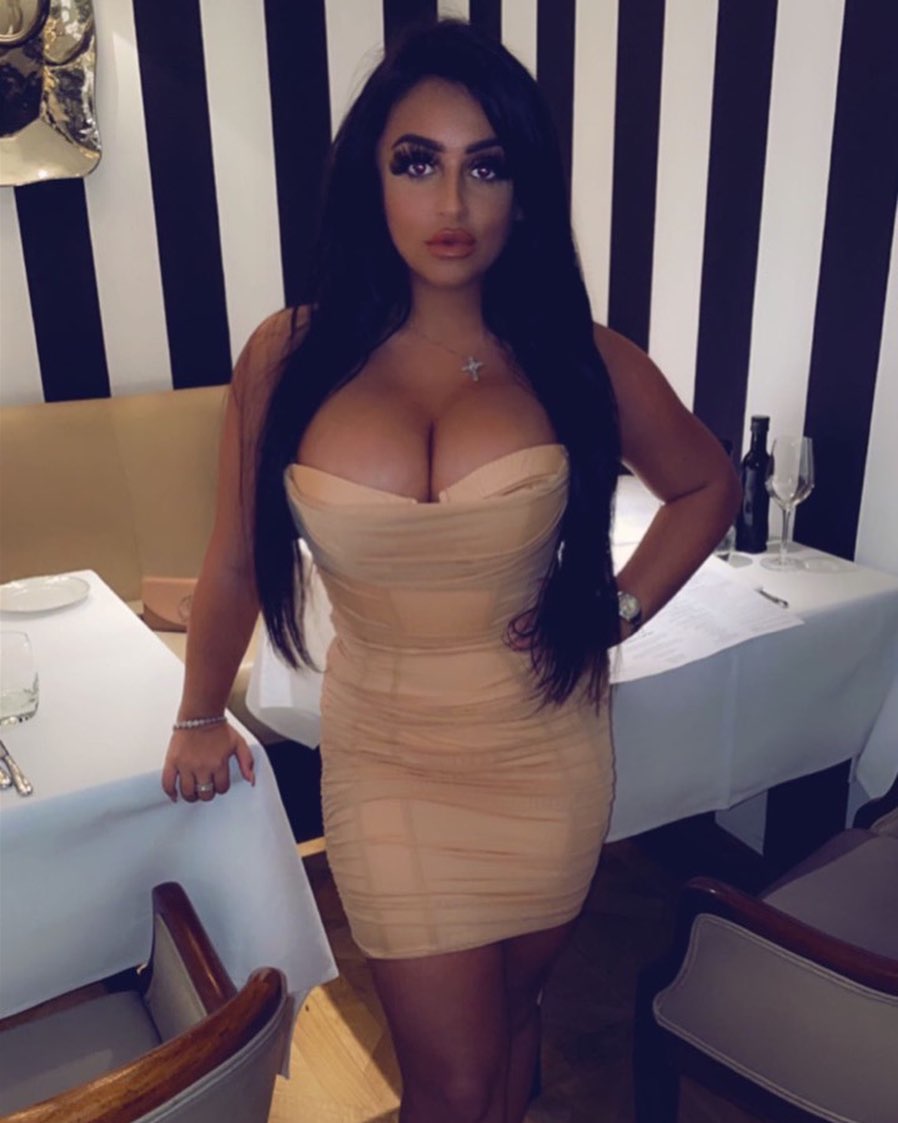 Michael says he's "swamped with tradition" and, although he doesn't work with any of his relatives, his background informs everything he does at work.

He says: "In the travelling community, if you don’t go out hawking and get work and money every day, you’re useless, you’re a bum, you’re frowned upon, everyone thinks you’re no good for nothing and you get talked about.

"If I don't make money one day, I feel low in myself. My granny always said ‘a going foot’s getting something, even if it’s a thorn’. You’ve got to be on the go.

"The traveller tradition is knocking on doors, it’s a numbers game. The more people you speak to, the more sales you make, whether it’s roofing or driveways."

I’m really proud of Nikia and a lot of travelling men wouldn’t be able to say that, because working as a glamour model would be so shameful

Like Michael, Nikia's been working since she was a teen, although her job was very different.

Aged 16, she moved to America and fell in love, staying to be with her 22-year-old boyfriend.

She says: "We didn’t have any money so I went on Craigslist and found a job as a dancer at a gentleman’s party. I made loads of money out of it, £7,000 a week. Then I moved to a gentleman’s club.

"As I was building confidence with my body, being on stage in a bikini, I started to consider glamour modelling.

"The first glamour photoshoot I ever did was in a five-star hotel in Hollywood. I went with my friend and it was really fun.

"Every day, I would wake up, do my make-up, do my hair and go to these photoshoots. That was my life in America for about three and a half years, I was the breadwinner and I made all the money.

"Eventually I gave up modelling, because I wanted to leave America. It wasn't working with my ex anymore, so I took my money and whiskered to England. I bought myself a nice car and rented myself a nice house."

Michael adds: "I’m really proud of Nikia and a lot of travelling men wouldn’t be able to say that, because doing that job would be so shameful.

"It doesn’t shame me at all. I think she’s a strong, independent woman. To be able to work like that from such a young age and have that work ethic. I’m so supportive."

Blaggard: Someone who brags or bluffs.

Grunter: A mark, a rich man who's an easy target. 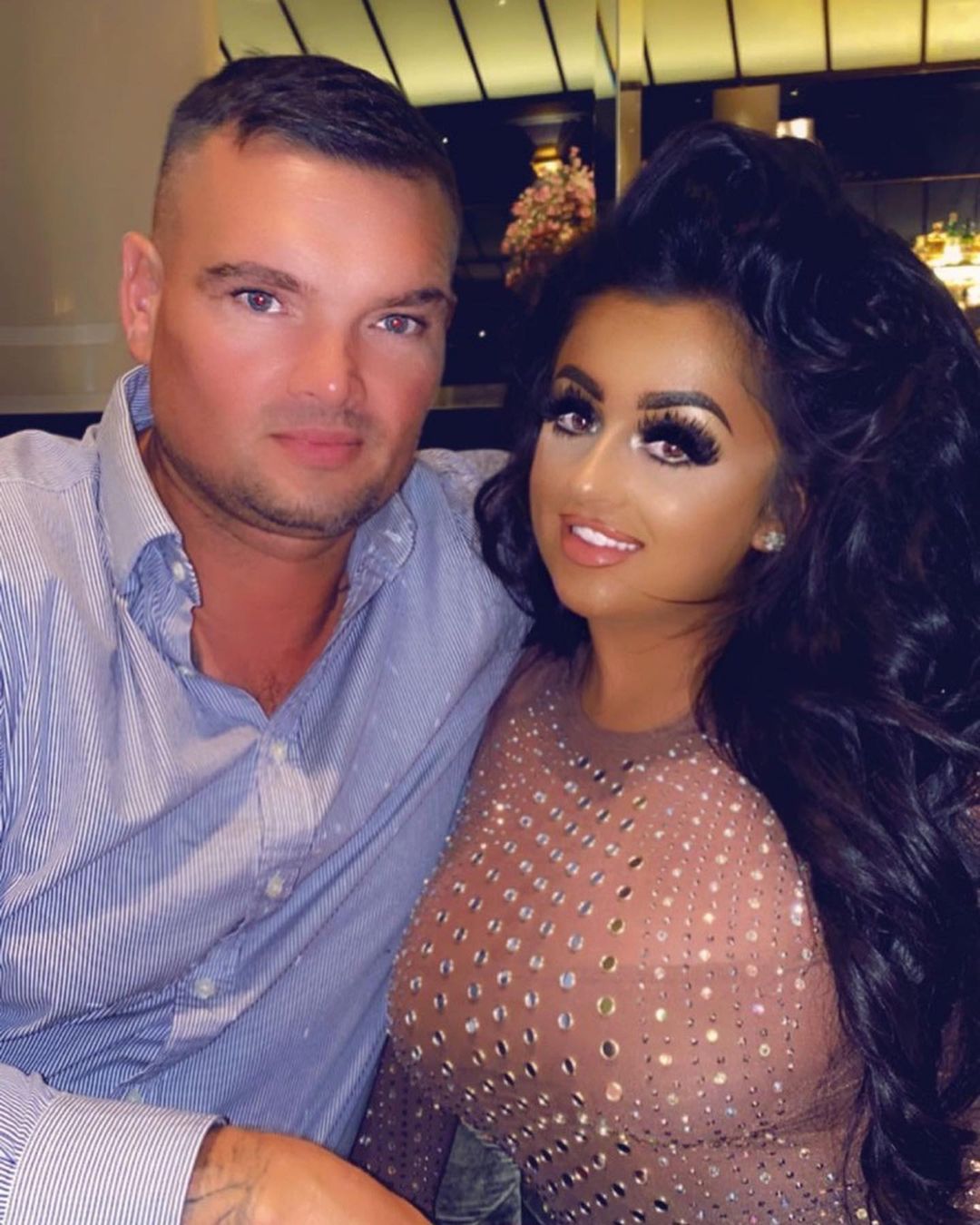 Despite this, Michael admits he wouldn't want Nikia in any job where another man had to boss her about.

"That's something proper Romany gypsy women, from my culture, have done for hundreds of years.

"My grandmother told people’s fortunes all over the world, she even told Elvis Presley’s fortune. Me and Paris Fury have the same grandmother and she was the best in the world at it. But that tradition, as time’s gone on, has slowly died away.

"Now it’s frowned upon for a woman to go to work, because travelling men are more controlling and dominant; they won't allow it.

"They want their wives to stay at home, clean, cook and look after the kids while the man goes out and makes the money. Personally, I think it should be respected, not frowned upon.

"But most men feel emasculated, like less of a man, if another man is giving their wife orders. If he was telling her to stock the shelf or a till, most travelling men wouldn’t like that.

"And me personally, I wouldn’t like that either, another man giving my wife orders and telling her what to do in a shop or a bank or a supermarket.

"So most travelling women now will start their own business, get their own car to go out and sell stock. They’ll have a little job like that if they want to work."

I wouldn’t like another man giving my life orders and telling her what to do in a shop or a bank or a supermarket. Most travelling women will start their own business for that reason

It's this exact route that Nikia has gone down, selling clothes and false lashes online with Red Hot Cosmetics.

She says: "Business is going really good. This is something I've always dreamed of doing, I love it. It's definitely me, I've always considered myself a pretty girl with my hair and everything."

Despite this, Nikia doesn't contribute to bills or meals out as a couple, instead using the money she earns to treat herself.

"If he fell on hard times and wasn't working, I'd share my money. But I’m the safety net, he’s the giver." 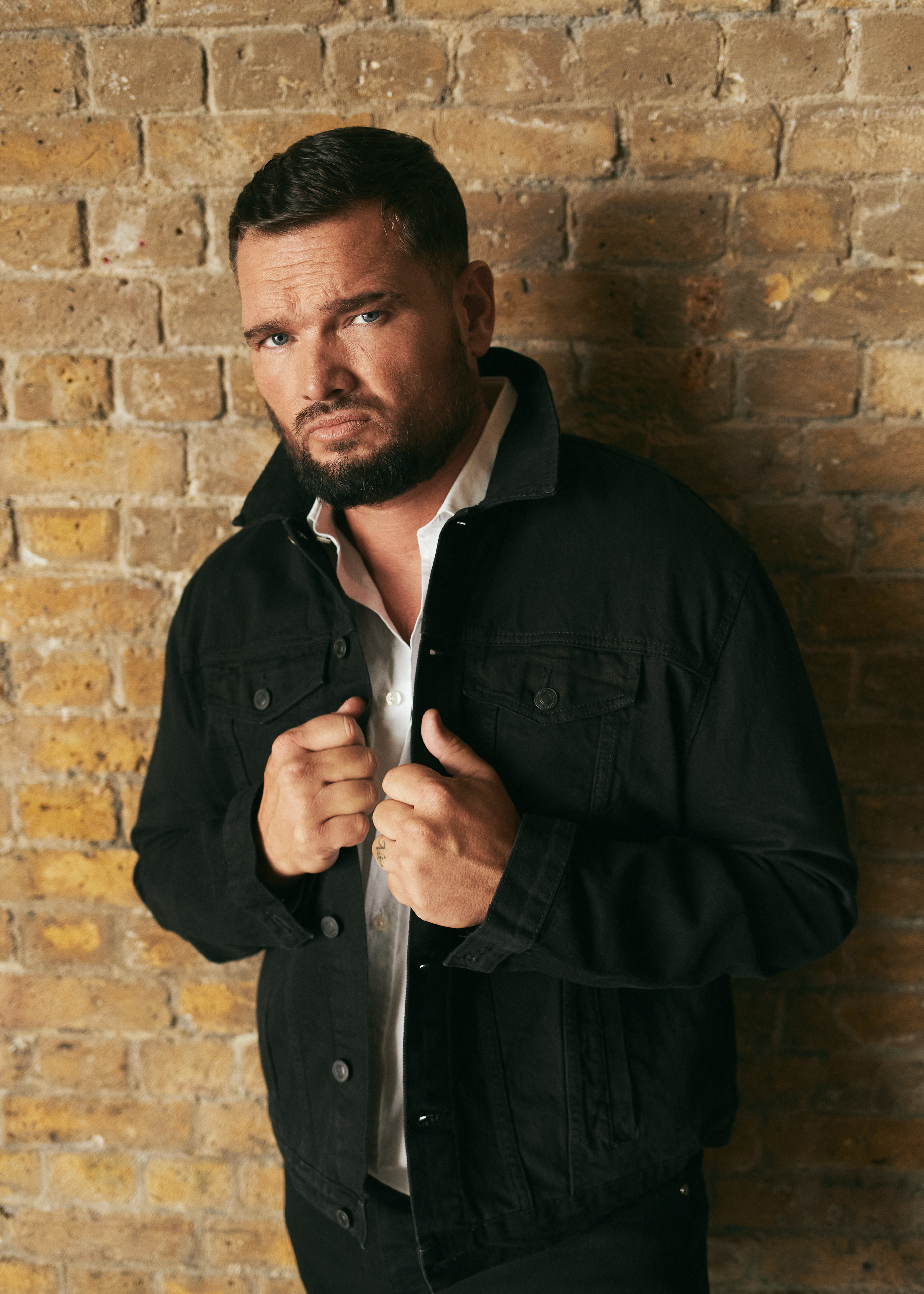 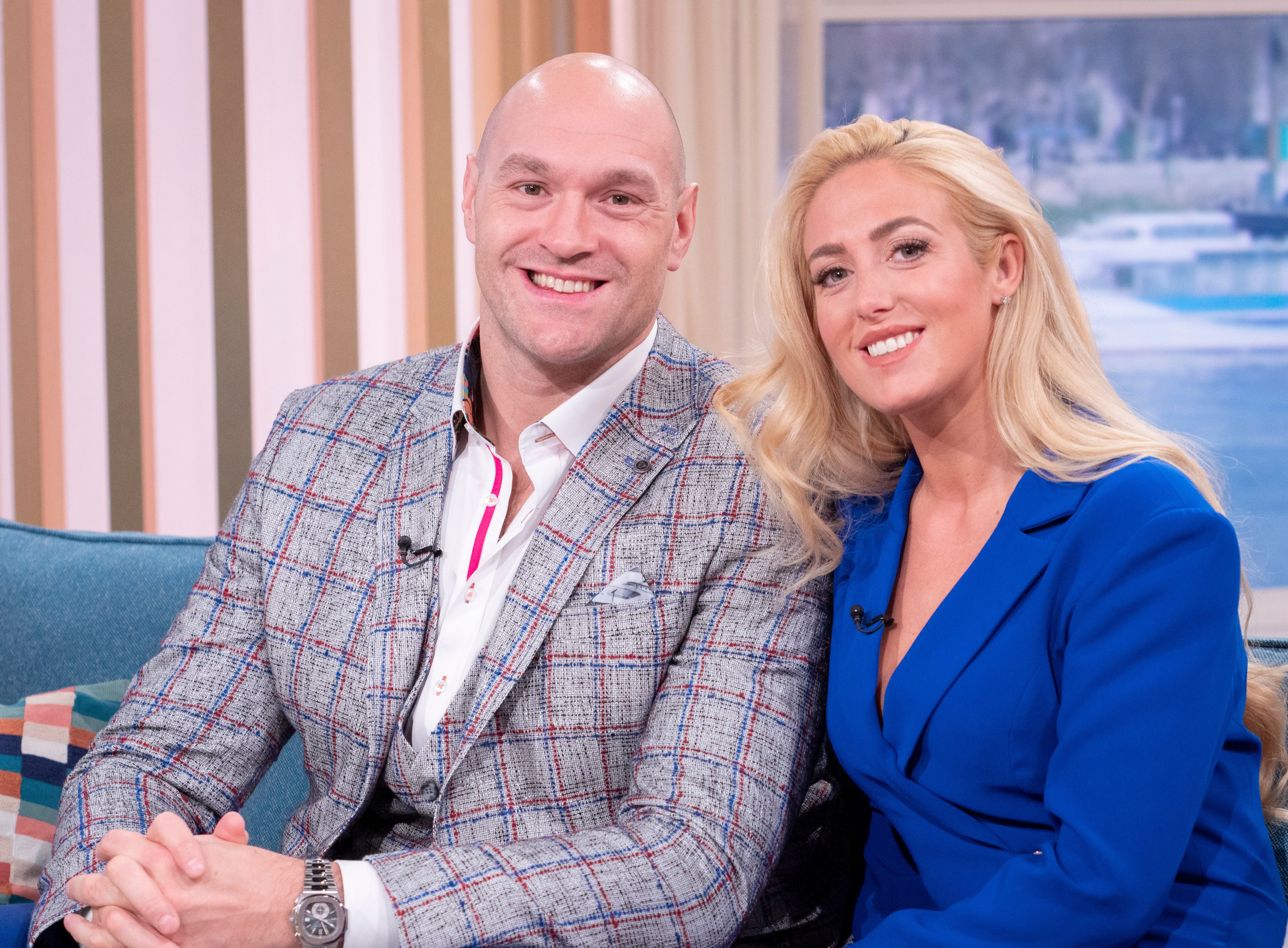 You can read last week's episode of I Married A Traveller, where the couple revealed how travellers survive on beans on toast for weeks to afford to glam up for £150k weddings, here.

You can follow Nikia on Instagram and TikTok. She also has her own beauty and fashion range, Red Hot Cosmetics, which you can shop here. You can also follow Michael on TikTok.

Check back next Tuesday for the next instalment of I Married A Traveller.