After a historically awful year, you can take it as either bewildering or reassuring that television steams ahead on a mostly steady course, providing familiar entertainment amid the vast disruptions of politics and the pandemic. This chronological listing of programs to look forward to in the first two months of 2021 includes a blend, comfortingly or distressingly recognizable, of new shows and old favorites (and a major new streaming service, Discovery+).

All dates subject to change.

Miranda Hart’s 2009 British comedy “Miranda” had an unmistakable influence on “Fleabag.” Now it has inspired a straightforward American remake, with Mayim Bialik in Hart’s role as the awkward, talkative woman who has her own small business (here a cat cafe) and a mother (Swoosie Kurtz), who’s obsessed with her daughter’s lack of a boyfriend. (Fox, Sunday)

‘In the Long Run’

While Steve McQueen won deserved acclaim this year for dramatizing the lives of London’s West Indian immigrants in the film anthology “Small Axe,” Idris Elba has been quietly making folksy situation comedy out of the lives of the city’s West African immigrants for years. He created this warmhearted series and stars in it as Walter, the father in an immigrant family in 1980s East London; in Season 3, Walter’s mother, previously present only on the phone from Sierra Leone, arrives for a visit. (Starz, Sunday)

Modern TV’s big tent may not be as full of interesting curiosities as it could be, but there was room for this bit of wackadoodlery from the horror-meister Álex de la Iglesia (“The Day of the Beast”). In a provincial town in Spain, a cow gives birth to a human baby (“Nobody puts this on Instagram until we know what it’s all about,” the mayor announces) and then things start to get weird. (HBO, Monday)

The newest streaming behemoth, Discovery+, debuts Monday with a library of more than 55,000 episodes of nonfiction TV as well as new nature series with hosts as disparate as David Attenborough and David Schwimmer. Particularly alluring, though, is this two-part documentary featuring the noted thespian and orangutan groupie Judi Dench, who is irresistible, whether describing her first sight of true jungle (“it is like flying over broccoli”) or introducing her companion in life and adventure travel, the conservationist David Mills (“I’m here with my chap”). (Discovery+, Monday)

France’s gift to the police-procedural genre begins its eighth, and final, season. Caroline Proust and Thierry Godard complete their series-long runs as the cops Laure and Gilou, while Clara Bonnet joins the cast as a new investigating magistrate, in the show’s rough parallel to the “Law & Order” formula. (MHz Choice, Tuesday)

Change comes for everyone, even ViacomCBS. With its somewhat naturalistic style and its general avoidance of episodic procedural formulas, this six-episode thriller starring Michael Chiklis as a recently retired border-patrol officer stands out among the old-school CBS crime dramas and “Star Trek” spinoffs that populate Viacom’s streaming service. (CBS All Access, Thursday)

“The Morning Show,” with its big stars, and “Ted Lasso,” with its pandemic-salving sentimentality, have gotten the attention. But the best Apple TV+ shows have been two relatively under-the-radar series: “Mythic Quest: Raven’s Banquet,” about a chaotic video game studio; and “Dickinson,” Alena Smith’s Transcendentalist teen comedy starring Hailee Steinfeld as the poet Emily Dickinson, which begins its second season. (Apple TV+, Jan. 8)

The gentleman thief Arsène Lupin has been played by actors as diverse as John Barrymore, Jean-Claude Brialy and Ken Uehara. Joining that distinguished lineup is Omar Sy (“The Intouchables”), whose Lupin is the son of a Senegalese chauffeur who was unjustly accused of theft. The French series, set in Paris, was created by the British screenwriter George Kay (“Killing Eve”). (Netflix, Jan. 8)

Martin Scorsese, who already made a documentary (“Public Speaking” in 2010) celebrating the acerbic New York flâneur Fran Lebowitz, expands the concept into seven half-hour episodes of commentary — from both Lebowitz and Scorsese — about their beloved city and the many people who don’t deserve to live there. (Netflix, Jan. 8)

‘All Creatures Great and Small’

The demand for comfort viewing — whether actually felt by audiences or just assumed by producers — has inevitably brought us a new adaptation of the James Herriot veterinary memoirs. Tune in for bespoke nostalgia, Yorkshire vistas and arms inside cows, along with one of Diana Rigg’s last performances, as the owner of a pampered Pekingese. (PBS, Jan. 10)

This two-part, three-hour documentary about Tiger Woods will no doubt be compared to “The Last Dance,” the 10-episode opus about that other consummate winner, Michael Jordan, that drew huge audiences for ESPN last year. Woods’s story is more tragic and more complicated, but the real difference in the two shows (besides their length) is that Woods wasn’t involved in the making of “Tiger” the way Jordan was in “The Last Dance” — an absence which, paradoxically, contributes to a more intimate portrayal. (HBO, Jan. 10)

The documentarian Stanley Nelson tackles a fraught history — the entwined stories of race, class, incarceration and crack cocaine — with his characteristic plain-spoken conscientiousness, demonstrating how the only thing that seemed to trickle down during the Reagan years was drugs. (Netflix, Jan. 11) 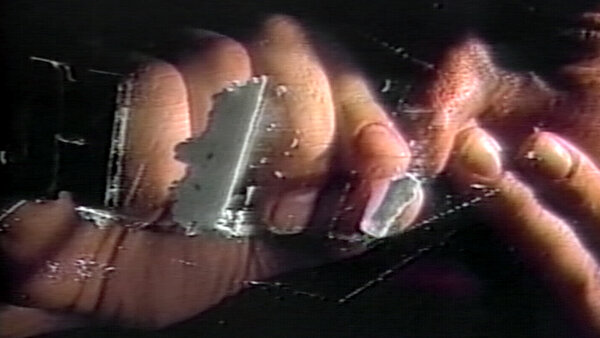 Wherever you find Lauren Ambrose on the TV landscape is a good place to be. She returns as a Type-A mom whose child is either an adorable living baby or a realistic baby-size doll — it has a habit of changing from scene to scene — in the second season of this mordantly funny horror series. (Apple TV+, Jan. 15)

The premiere of this show featuring the covert superheroes Scarlet Witch and Vision (Elizabeth Olsen and Paul Bettany) marks an unofficial relaunch of the TV wing of the Marvel Cinematic Universe, which was gradually uprooted from Netflix, Hulu and various cable and broadcast channels, and will now be consolidated on the streaming service of Marvel’s corporate parent, Disney. (Disney+, Jan. 15)

An answered prayer. An offer we can’t refuse. The long-delayed arrival on American screens of Season 3 of this moody and engrossing Italian series is, for lovers of gangster dramas, the biggest news of the TV season. Genny and Ciro (Salvatore Esposito and Marco D’Amore), bound together more than ever by the story’s maddeningly complicated cycles of secrecy and betrayal, continue fighting for control of the drug trade in inner-city Naples. (HBO Max, Jan. 21)

The first season of this pleasingly vicious satire of the crisis-management business, starring Anna Paquin, was scheduled to appear last March on Pop, the network where comedies go to die (“Florida Girls,” “One Day at a Time”). It eventually surfaced on-demand, and a reported second season seemed like a pipe dream. But Amazon has stepped in, reviving Season 1 this month and promising Season 2 later in the year. (Amazon Prime Video, Jan. 22)

‘We Are: The Brooklyn Saints’

Rudy Valdez, an Emmy winner for “The Sentence,” directed this charmingly inspirational series that documents a youth football program in East New York and celebrates the resilient community the program serves. (Netflix, Jan. 29)

No screeners yet, but great promise in the casting: Queen Latifah as the cryptic fixer-avenger played by Edward Woodward in the original 1980s TV series and Denzel Washington on the big screen. She’ll be backed up by Chris Noth and Lorraine Toussaint. (CBS, Feb. 7)

An institution often relegated to providing background music is given the spotlight in a four-hour documentary written and hosted by Henry Louis Gates Jr. with Stacey L. Holman (“Tell Them We Are Rising”) as series producer and director. (PBS, Feb. 16)