Home » Entertainment » What’s on TV This Week: ‘Hemingway’ and ‘The People v. the Klan’ 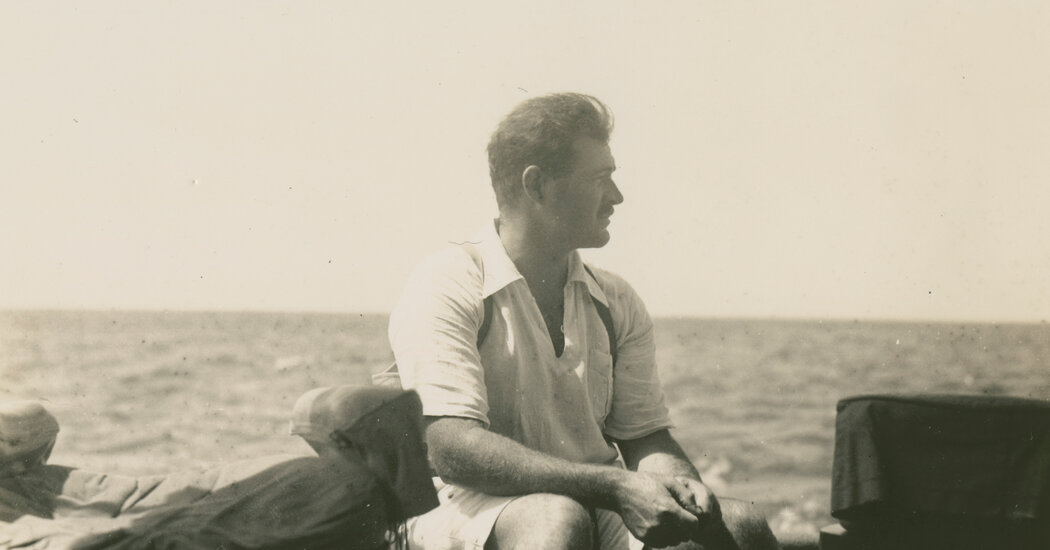 What’s on TV This Week: ‘Hemingway’ and ‘The People v. the Klan’

Between network, cable and streaming, the modern television landscape is a vast one. Here are some of the shows, specials and movies coming to TV this week, April 5-11. Details and times are subject to change.

HEMINGWAY 8 p.m. on PBS (check local listings). Lynn Novick and Ken Burns look back at the life of Ernest Hemingway in this new three-part documentary, which airs over three consecutive nights beginning on Monday. The program aims to give an evenhanded assessment of Hemingway’s life and legacy, recognizing the uglier elements (racism and anti-Semitism) while paying tribute to his work. The result is a documentary that is “cleareyed about its subject and emotional about his legacy,” James Poniewozik wrote in his review for The New York Times. “It celebrates his gifts, catalogs his flaws (which included using racist language in his correspondence) and chronicles his decline with the tragic relentlessness its subject would give to the death of a bull in the ring.”

FOUR WEDDINGS AND A FUNERAL (1994) 10 p.m. on TCM. The director Mike Newell and the screenwriter Richard Curtis worked together on this classic British romantic comedy, about two people (played by Hugh Grant and Andie MacDowell) whose love develops in fits and starts. It is, Janet Maslin wrote in her review for The Times, “elegant, festive and very, very funny.”

EXTERMINATE ALL THE BRUTES 9 p.m. on HBO. Raoul Peck (“I Am Not Your Negro”) blends archival footage, clips from Hollywood movies, scripted scenes and animation into a rumination on the history of European colonialism and American slavery in this new four-part series. The first two parts air on Wednesday at 9 p.m. and 10 p.m.; the second two air on Thursday night at the same times. 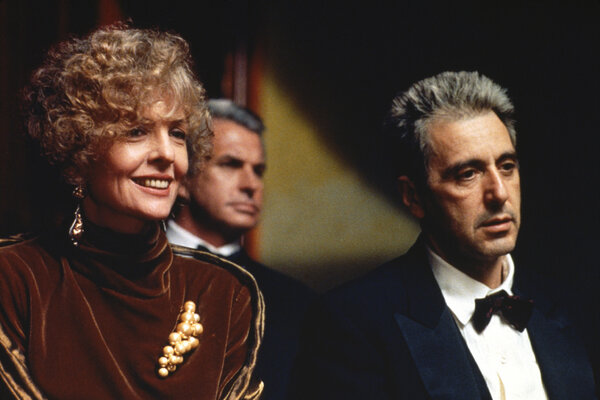 MARIO PUZO’S THE GODFATHER, CODA: THE DEATH OF MICHAEL CORLEONE (1990) 6:45 p.m. on Showtime. Should “The Godfather, Coda,” be considered a 1990 release, or a 2020 one? It’s both, really. This re-edited version of the “The Godfather Part III,” released last year, is more than a standard extended director’s cut: Revisiting the film three decades after its original release, the director Francis Ford Coppola tweaked the opening. And the ending. And a lot of material in between, too. The changes are meant to sharpen a trilogy-capping movie that never managed the kind of acclaim that the original “Godfather” and “The Godfather Part II” did. Coppola had originally envisioned the film as “a summing-up and an interpretation of the first two movies, rather than a third movie,” he said in an interview with The Times last year. He had never wanted to use the “Part III” label in the first place. The title, he explained, “was the thread hanging out of the sock that annoyed me, so that led me to pull on the thread.”

DOING THE MOST WITH PHOEBE ROBINSON 11 p.m. on Comedy Central. The comedian Phoebe Robinson, known to many as one of the erstwhile co-hosts of the podcast “Two Dope Queens,” is on her own in hosting this new comedy series. Well, sort of: Each episode finds Robinson spending time with a different famous face. She goes horseback riding with the comic Whitney Cummings. She meets Kevin Bacon at a ropes course. The first season also includes appearances from the fashion designer Tan France, the model Ashley Graham, the comedian Hasan Minhaj, the actress Gabrielle Union and several other guests.

AMERICAN MASTERS — OLIVER SACKS: HIS OWN LIFE (2021) 9 p.m. on PBS (check local listings). Ken Burns and Lynn Novick are on PBS earlier this week with their new documentary, “Hemingway,” but on Friday night Burns’s younger brother, Ric Burns, gets a turn in the director’s chair. He’s the filmmaker behind this feature-length documentary, which profiles the neurologist and writer Oliver Sacks, whose many explorations of the mind turned him into a best-selling author. Burns explores the life of Sacks, who died in 2015 at 82, through a “deftly edited mix of archival footage, still imagery, talking-head interviews and in-the-moment narrative,” Glenn Kenny wrote in his review for The Times. Kenny added that, “while the movie steers around the details of how post-fame Sacks became something of a brand, it beautifully presents a portrait of his compassion and bravery.”

NEVER RARELY SOMETIMES ALWAYS (2020) 5:45 p.m. on HBO Signature. A young woman takes a long journey to get an abortion in this latest movie from the filmmaker Eliza Hittman. The story follows Autumn (Sidney Flanigan), a 17-year-old who gets on a bus to New York City after being told that she needs parental permission to obtain an abortion in her home state, Pennsylvania. She’s accompanied by a cousin, Skylar (Talia Ryder), who helps her jump over the many hurdles along the way. The result is a film that “tells a seldom-told story about abortion,” Manohla Dargis wrote in her review for The Times. It does so, Dargis added, “without cant, speeches, inflamed emotions and — most powerfully — without apology.” She included it on her list of the 10 best movies of 2020.

THE PEOPLE V. THE KLAN 9 p.m. on CNN. After her son Michael Donald was killed by the Ku Klux Klan in 1981, Beulah Mae Donald successfully sued the hate group for $7 million, in what became a groundbreaking case. Her push for justice is at the heart of this four-part documentary series, which looks back at work by civil rights activists to dismantle the Klan’s power in the 20th century. The program ties those activists’ work to modern movements for justice.

2021 BAFTA AWARDS 8 p.m. on BBC America. Chloé Zhao’s Oscars front-runner, “Nomadland,” and the British coming-of-age film “Rocks,” from the filmmaker Sarah Gavron, are the two most-nominated films at this year’s EE British Academy Film Awards, Britain’s equivalent of the Oscars. They lead a notably diverse slate of nominees, which comes after BAFTA’s voting rules were overhauled to address criticism of last year’s ceremony, when no people of color were nominated in the main acting categories and no women were nominated for best director.

This $9 Face Scrub Gets Rid of Hormonal Acne, Redness, and 'Hardcore' Wrinkles