Home » Entertainment » ‘Those We’ve Lost,’ a Chronicle of Covid Death, Comes to a Halt

‘Those We’ve Lost,’ a Chronicle of Covid Death, Comes to a Halt

The New York Times obituary series on people who died in the Covid pandemic ran under the title “Those We’ve Lost.” A lot is packed into those words.

“Those” reflected the individual identities behind the numbers of dead that crashed over us each day. “We” made it clear that we were all in this together, suffering a collective loss and sadness over the millions who died worldwide. And “Lost” conveyed the more personal grief felt by so many over the disappearance of yet another treasured human life.

Many people are continuing to die of Covid-19, but the need to chronicle the toll has grown less urgent as the numbers have declined in much of the world, as vaccination rates have risen and as large numbers of people have returned to a more normal life. All these factors have been welcome signals that it’s time to end the series. The last group of obituaries in this project appeared in Friday’s newspaper.

The Obituaries desk will most assuredly continue to cover the deaths of notable people from Covid-19, and if our worst fears are realized — another large wave of pandemic death — “Those We’ve Lost” will, regrettably, resume.

The goal of the project was never to give a comprehensive accounting of Covid-19’s death toll, but to put at least some faces on the quickly multiplying numbers. Since March 2020, the series profiled more than 500 people who had succumbed to the disease, and as a reflection of the pandemic’s reach, they lived in all corners of the world. But the profiles amounted to about 0.014 percent of the estimated global dead of almost 3.7 million, or roughly one out of every 7,400 people. In some ways those several hundred stood in for the staggering number of victims whose lives we could not possibly recount.

Some of these obituaries would have been written anyway, given the prominence of the subjects. They included John Prine, the singer-songwriter; Roy Horn, half of Siegfried & Roy; the pitcher Tom Seaver; and Annie Glenn, an advocate for people with speech disorders who was the astronaut John Glenn’s widow. But a vast majority told the stories of those who would not ordinarily have received a news obituary in The Times; they were more a sampling of humanity’s broad spectrum.

There were actors, directors, elected officials, scholars, shop owners, athletes, coaches, cabbies, farmworkers, writers, Indigenous leaders and just about every kind of musician. There were the activists: people who worked on behalf of poverty-stricken Haitians, disabled women in the Democratic Republic of Congo, Tibetan orphans, transgender women, India’s Dalits, people with AIDS and laid-off workers.

The dead ranged in age from 14 (Honestie Hodges, whose handcuffing at age 11 had drawn national attention) to 108 (William Frankland, a major 20th-century allergist). Couples and twins who died together were profiled.

The news obituaries staff could not have done this alone. All told, 88 Times journalists contributed to the series, many from the paper’s news bureaus around the world, along with 15 freelance writers. For many of these reporters, the project was a powerful experience. One said it was the most meaningful thing he had done at the paper in 10 years.

Family members and friends allowed it all to happen, relating memories and biographical details about their lost loved ones, as well as providing photographs of them. Hundreds of readers responded to a request for contributions. Subjects were gleaned from the many regional news organizations that reported on their local Covid dead, and from individuals who established Twitter feeds to memorialize victims.

We express gratitude to all of them, with the hope that we’ll never see the likes of this kind of project again.

Daniel J. Wakin was the editor of Those We’ve Lost. 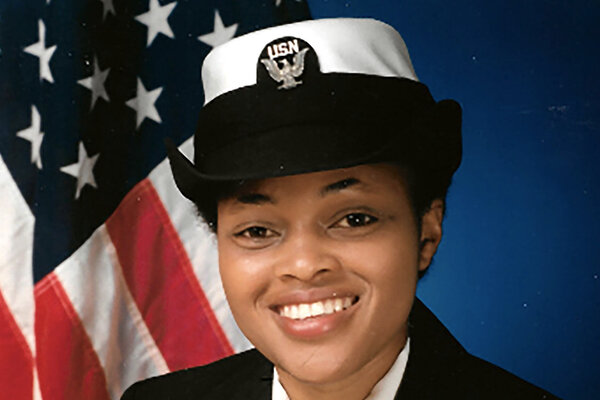 The coronavirus pandemic has taken an incalculable death toll. This series is designed to put names and faces to the numbers.