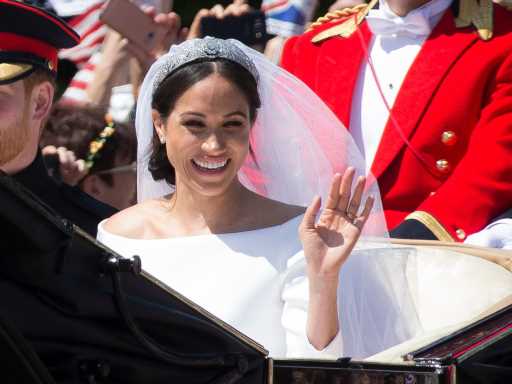 Piers Morgan and Meghan Markle have been at odds since anyone can remember (or at least since that 2015 drink after which she met Prince Harry and never called him again) and while Meghan has, as some have pointed out, said not a word about Morgan’s behavior, he’s been seemingly unable to stop commenting on hers. It’s his latest claim in an Access Hollywood interview with Billy Bush (yes, the one from the infamous Donald Trump tape) that’s most troubling though: he’s now saying that the royal family has reached out to thank him for “defending them,” which ultimately took the form of him going on TV after Meghan’s Oprah interview and bravely proclaiming that he thinks she’s a liar. If the royal family has in fact indicated support of Morgan’s continuous tirades against Meghan, which the Duchess herself reportedly stepped in to object to after he questioned claims about her mental health, it will be a serious blow to their credibility as they claim to be making internal repairs and taking her revelations seriously. 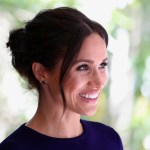 In the Access Hollywood interview, Morgan doesn’t say that the royals reached out directly, but he indicates that it’s been made clear to him that the royals were pleased by his commentary.

“I’ve had some messages communicated to me on behalf of several members of the royal family who were grateful … that somebody was standing up for them,” he told Bush, demurring about specifics: “Well, I’m not going to go into who it was.”

Royal expert Omid Scobie has since reported that Buckingham Palace won’t be commenting on Morgan’s claims further, so that’s all the clarity we can expect to get for now. Morgan’s claims have always been based on the premise that he believes Meghan (and Prince Harry) to be self-serving, ill-intentioned, and dishonest, and it would speak very poorly to the royal family’s current opinion of the Sussex couple if they had in fact signaled their support.

Then again, perhaps we can question whether Morgan is operating on good information, as he also seems to believe there’s a reality in which Meghan and Harry would sit down and grant him the same interview they gave Oprah: “I would say to Meghan Markle, ‘Look, sit down with me with your husband for an equally long interview, and let me ask you more difficult questions about all your claims.’”

We’ll answer on behalf of Meghan for that one: No!

Click here to see the 100 best photos of the royal family from the past 20 years.