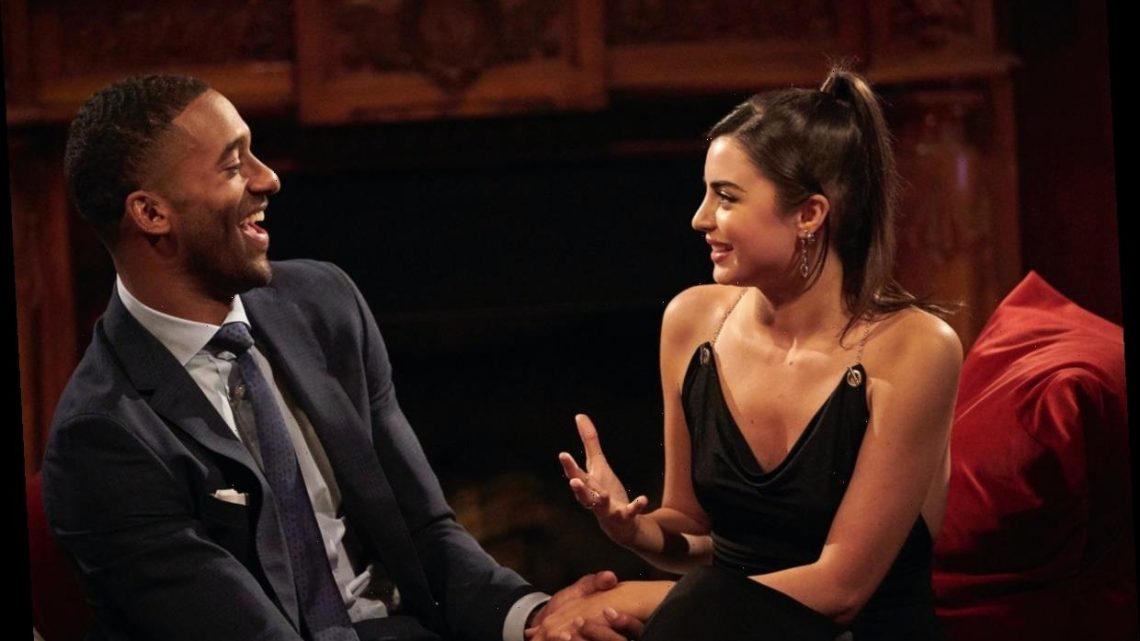 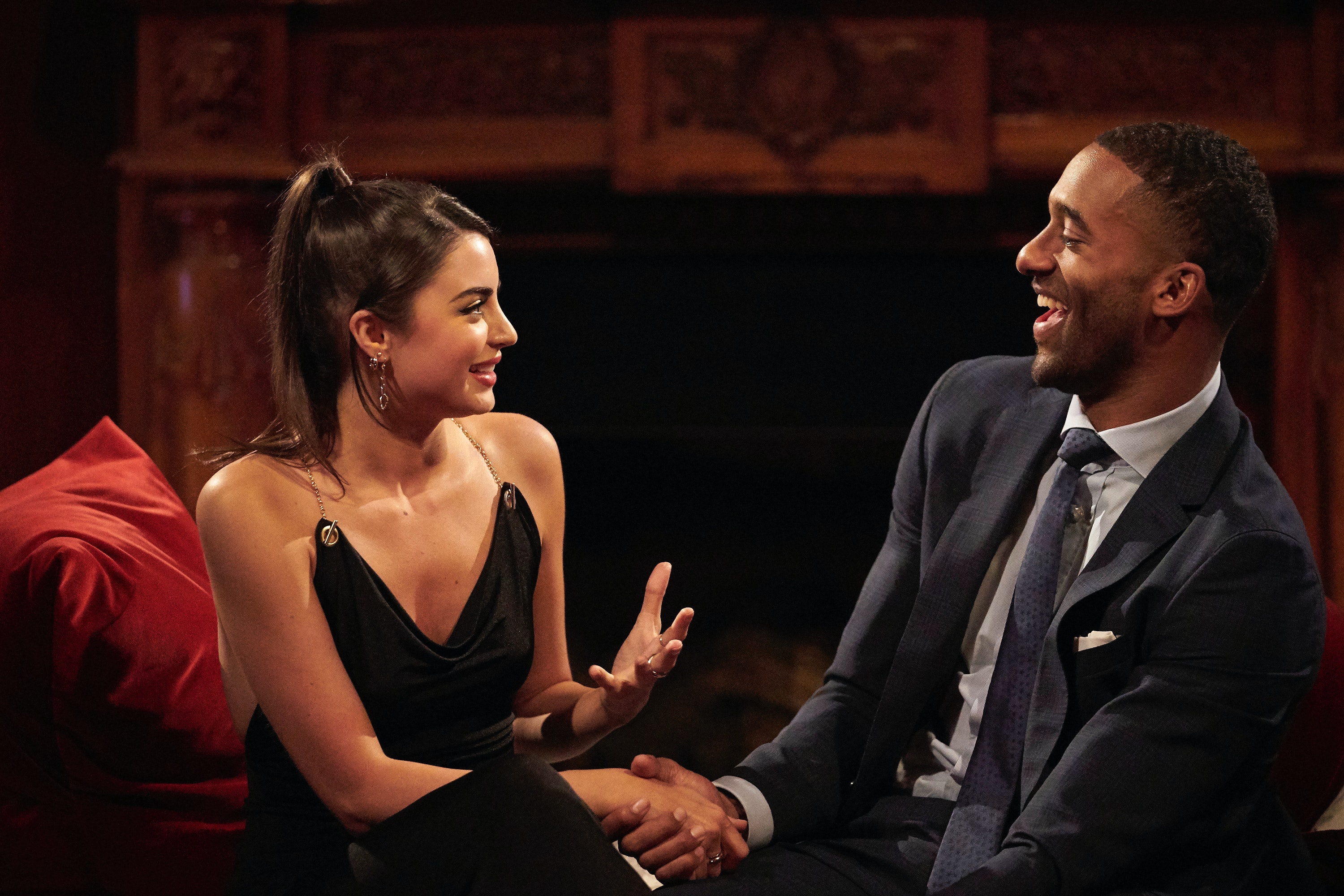 Less than a month after announcing their split, Matt James and Rachael Kirkconnell were reportedly spotted together in New York City, and OMG, what? On April 6, Bachelor insider Reality Steve took to Twitter to report James and Kirkconnell were "currently in New York together" and are "not over." Not long after, gossip ‘Gram @DeuxMoi shared two pics that seemingly showed the exes strolling in Williamsburg. However, as the photos don’t show their faces, it’s hard to tell if it’s actually James and Kirkconnell.

Shortly after James’ season premiered in January, concerning allegations about Kirkconnell’s past racially insensitive behavior began circulating on TikTok, sparking outrage among fans — especially when it became clear she was a frontrunner. Even though Kirkconnell ended up winning James’ final rose, the two later went their separate ways due to the controversy, and James opened up about their decision to break up during "After the Final Rose."

"You hear things that are heartbreaking, and you just pray that they’re not true. And when you find out that they are, it just makes you question everything," James told guest host Emmanuel Acho. The Season 25 Bachelor said he had to step away from his relationship with Kirkconnell to protect himself and to give her space to educate herself about race, and at the time, it wasn’t looking likely he and Kirkconnell would reconcile.

Following "AFTR," Kirkconnell posted about her breakup with James on IG, where she expressed regret for her past actions and ignorance. "While I never expected this outcome, I respect his decision completely," she said of the breakup. "Of course I wish circumstances were different, but I still feel blessed for the time we did have together and the memories we made. I got to fall in love, and I truly believe he was the love of my life." Not long after, Kirkconnell shared an IG Story defending James after he started receiving racist backlash from trolls on social media, and since then, both have maintained a relatively low profile.

During a March 19 appearance on The Bill Simmons Podcast, James opened up about the possibility of reconciling with Kirkconnell. When asked if he would consider being in a relationship with his ex down the line, James said, "I don’t think that anyone’s irredeemable. And, I think that for Rachael, there’s a lot that we didn’t discuss that we probably should’ve talked about. I probably should’ve asked more clarifying questions. And I’m giving her that space to do that."

Neither James nor Kirkconnell has commented on their current relationship status yet, so fans will just have to wait and see what the future holds for these two.