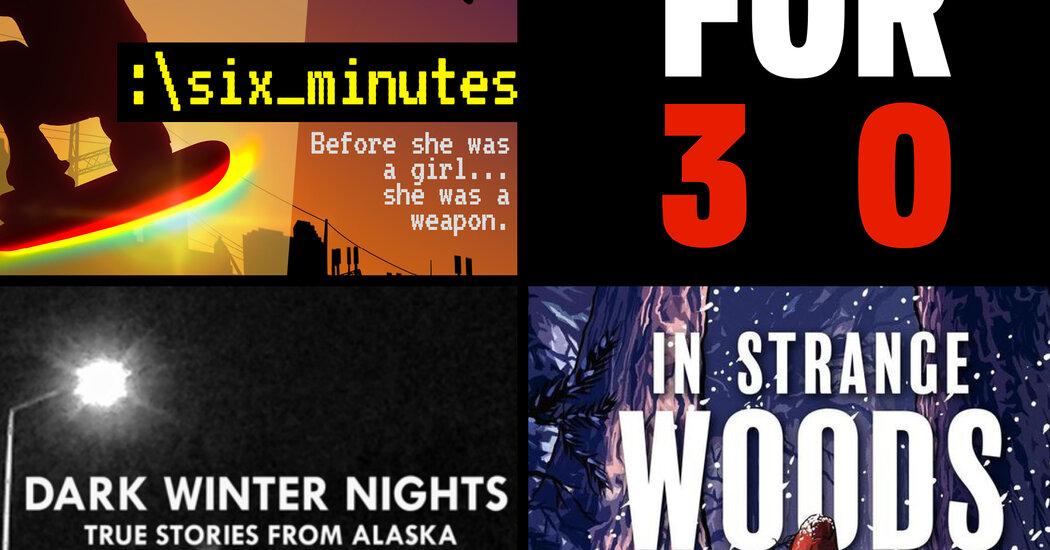 A polar podcast playlist from cold places, full of nonfiction and fiction storytelling set in the snow. 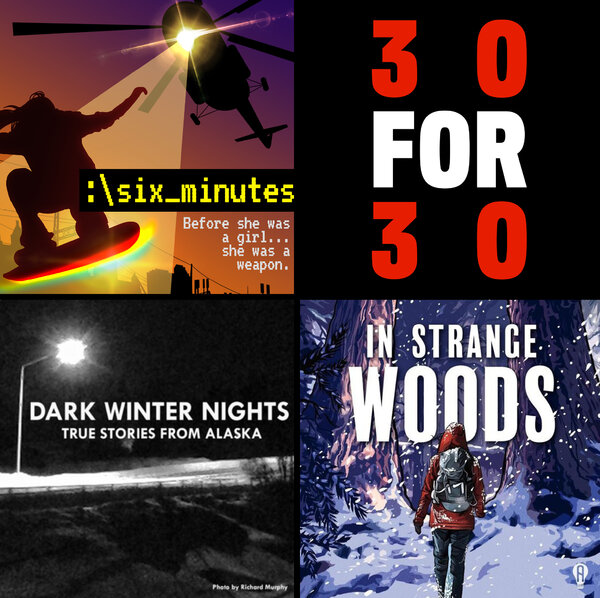 As the holiday season retreats and the long slog of the winter months looms, you can fight the mood or embrace it. Here’s a playlist of cold-weather podcasts, some fiction, some nonfiction, all well-told and produced, and all set in the snow.

Audio dramas — podcast-industry lingo for fictional podcasts — can sometimes get in trouble if a show is too well done. If a work of fiction presented in the style of true crime is too perfect in its mimicry, audiences can feel duped (see: the furious reviewers of the “The Heads of Sierra Blanca”). While “In Strange Woods” starts with your standard true-crime reporter’s narration of the disappearance of a teenage boy in the snowy woods of Minnesota, within a few minutes any question of vérité is completely removed when the characters break into song. If you don’t love musical theater, you may want to skip it. But the vocal performances are beautiful; the songs add drama in a way that manages not to be annoying; and the show’s protagonist, a little sister grieving for her brother, makes for a compelling story that is still unfolding — so far, three “chapters” of the five-episode limited series have been released.

The magic of live-storytelling podcasts like “The Moth” and “Snap Judgment” lies in the way they collapse the space between your headphones and the speaker onstage. “Dark Winter Nights” began in 2014 with the goal of bringing Alaskan stories to whoever would listen. These live-event recordings are designed to transport you into “the stories we tell up here in Alaska, on dark winter nights,” according to the host and creator, Robert Prince, a professor of documentary filmmaking at the University of Alaska, Fairbanks. The tales range from the magnificent to the mundane, like a blind Alaskan finally “seeing” a whale on a trip with her family, or another running from unseasonably awake bears.

When it comes to cold weather athletics and a beautifully sound-designed story, most podheads likely think of the audio maker Rose Eveleth’s “On the Ice” episode for ESPN’s “30 for 30” podcast series. In this classic piece of sports journalism, Eveleth shares the story of the women who led the first all-female trek to the North Pole in 1997 (“no expedition experience necessary” read the classified ad that drew them). While the challenge at the center of the story seems the cruel conditions of the Arctic, the beauty in it comes not just from the women’s journey to the top of the world, but also from the lives they left behind. For those who miss the Winter Olympics and stories of female athletes triumphing against impossible odds, try the “Out of the Woods” episode by Bonnie Ford, about the 1984 kidnapping of the Olympic biathlete Kari Swenson.

Wondery became a major podcast player by churning out buzzy and bingeable series, and it has one thing down pat: true crime. And as all good true-crime fans know, there is nothing quite as enticing as cracking open a cold case. With Wondery as a partner, the Salt Lake TV station KSL did just that in the case of Susan Powell, a Utahan mother of two who vanished on a blizzardy evening in December 2009. After her husband, Josh, the main suspect, killed himself and their sons in a fire two years later, the local police declared the case closed. But with the help of Wondery, the KSL reporter Dave Cawley sifts through the evidence, conducts new interviews and unearths the dark legacy of psychological and emotional abuse within the Powell family in this well-told and bingeworthy 18-episode series.

Children (and their adults) who love the X-Men and other tales of youths with innate powers will get lost in this fictional saga. “Six Minutes” tells the story of Holiday, an 11-year-old with total amnesia who is found adrift in icy Alaskan waters by the Anders family. They adopt her immediately, telling Holiday that she is their own. But her shrouded past slowly reveals itself, along with some superhuman abilities. The story is told in six-minute-long increments, and adds up to an epic, 200-episode adventure.

Join The New York Times Podcast Club on Facebook for more suggestions and discussions about all things audio.