As the organization behind the Grammy Awards prepares for an arbitration hearing next month with Deborah Dugan, its ousted chief executive, lawyers for Ms. Dugan have accused the Grammys of reneging on a promise to have the proceedings be open to the public.

The arbitration, over Ms. Dugan’s dismissal early last year after just five months on the job, could be a rare window into the opaque politics of the Recording Academy, after years of complaints from artists and others in the music industry that the group fails to adequately recognize women and minorities and is rife with conflicts of interest.

Those criticisms boiled over when Ms. Dugan was placed on administrative leave by the academy just 10 days before the 62nd annual Grammys ceremony, in January 2020, and later fired. As the dispute played out between Ms. Dugan and the academy, Harvey Mason Jr., who was then the chairman and interim chief, declared the academy’s dedication to transparency.

In a letter on Feb. 4, 2020, Mr. Mason, who has since taken over as chief executive, told Ms. Dugan that the academy had agreed to waive the confidentiality provision of the arbitration clause in Ms. Dugan’s employment contract.

“The Recording Academy has absolutely nothing to hide,” Mr. Mason wrote, “and, in fact, welcomes the opportunity to tell its story so that the entire music community and the world can hear the truth — and nothing but the truth — about what you did to this proud institution during your brief tenure as president/C.E.O.

“In short,” Mr. Mason continued, “we welcome a full public airing of your allegations against the Academy as well as the Academy’s many claims and defenses against you.” 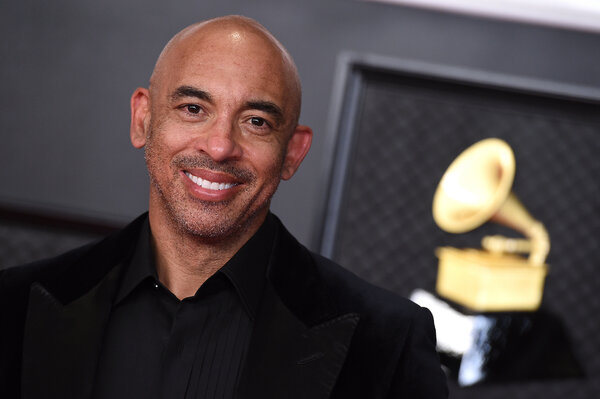 But as the hearing, now set for July 12 in Los Angeles, approaches, the academy has requested the proceedings remain closed. In correspondence with the arbitrator, Sara Adler, and lawyers for both sides, the academy’s lawyers said that the organization “was and is willing to make public the results of this arbitration, and the reasoning for those results, and nothing more,” according to Anthony J. Oncidi of Proskauer Rose, a law firm that has long represented the academy.

According to Mr. Oncidi, the confidentiality provision cited in Mr. Mason’s letter last year covered only the disclosure of “the existence, content or result of any arbitration,” and that a full public hearing would expose other confidential information and cause “further emotional distress” to witnesses.

In an email to Ms. Adler last week, Michael J. Willemin, a lawyer for Ms. Dugan at the firm Wigdor LLP, said that the academy was changing its position and should be required to keep the hearing open.

“The simple, undeniable fact,” Mr. Willemin wrote, “is that the parties agreed to open this proceeding to the public, and, therefore, it must be open to the public unless Ms. Dugan agrees otherwise.”

According to the academy, Ms. Dugan was dismissed because she alienated the staff and exhibited bullying behavior toward an executive assistant assigned to her.

Ms. Dugan cast the decision to dismiss her differently in a discrimination complaint lodged with the Equal Employment Opportunity Commission. Ms. Dugan — who had led Red, the nonprofit co-founded by Bono of U2, and was brought into the Grammys as a change agent — said her dismissal was an act of retaliation after she challenged the “boys’ club” that she said dominated the academy.

Dugan’s ouster also came three weeks after she wrote a detailed letter to the academy’s human resources department alleging voting irregularities, financial mismanagement and conflicts of interest involving members of the academy’s board and its executive committee. She also accused a prominent outside lawyer for the academy of making unwanted sexual advances toward her. (That lawyer, Joel Katz, disputed Ms. Dugan’s account.)

The Recording Academy has for years faced complaints about its voting process and its poor record of recognizing women and people of color in many of the top awards. In 2018, Neil Portnow, Ms. Dugan’s predecessor, was criticized for suggesting that women should “step up” to be recognized at the Grammys.

This year, the academy voted to eliminate most of its anonymous nomination review committees, in which experts selected by academy executives made the final decision on who made the final ballot in 61 of the Grammys’ 84 categories.

Those committees were criticized by Ms. Dugan and came under fire from top musicians like the Weeknd. The next Grammy ceremony, set for Jan. 31, 2022, will be the first in years in which the committees will play no part in making up the ballots of most awards, although they will still be used for 11 categories like production and packaging.

The Foundation That TikTok Influencers Say Has The Best Coverage