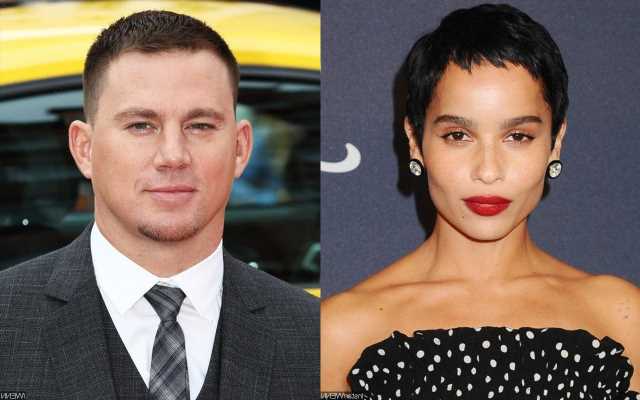 The ‘Big Little Lies’ actress is photographed wrapping her arms around Everly Tatum while going shopping with the 8-year-old girl and her rumored boyfriend at a flea market.

AceShowbiz –Zoe Kravitz seemingly tries to get closer to Channing Tatum‘s daughter. As her rumored romance continues to heat up, the “Big Little Lies” star was photographed bonding with Everly Tatum during a shopping trip.

On Sunday, November 14, the 32-year-old star was pictured spending time together with Channing and Everly at a flea market in Los Angeles, marking the first time that she’s been publicly pictured with her rumored boyfriend’s child. In the images, the actress wrapped her arms around the 8-year-old girl while they walked outdoors.

For the Sunday outing, Zoe wore a white tank top, red pants, a sunhat and a pair of leather shoes. Later that day, the “X-Men: First Class” actress switched up her outfit and put on a white sundress.

Channing, in the meantime, opted to go casual. The “Magic Mike” actor sported a white Maxwell T-shirt, khaki trousers and white shoes. As for Everly, she donned a yellow mini-dress over pink leggings and trainers sneakers. She kept a pink mask over her face as she strolled around town with her doting dad and his possible girlfriend.

Zoe and Channing’s outing with Everly came just two weeks after the couple celebrated Halloween together. At that time, the daughter of Lisa Bonet and Lenny Kravitz posted a photo of her and Channing in their “Taxi Driver” costumes on her Instagram Story.

In return, Channing shared photos from the night outing on his Story. The “21 Jump Street” actor uploaded a solo shot of himself that he labeled “Travis.” He followed it up with another snap featuring Zoe and wrote, “Iris,” over the picture.

The twosome were rumored to be an item back in January after the “Step Up” star was cast in Zoe’s directorial debut, “Pussy Island“. The rumored couple then fueled the speculations when they were spotted enjoying multiple outings together in New York City. One snap saw Zoe riding on the pegs of his black BMX bike.

A few weeks later, Zoe and Channing were caught holding hands during a lunch date in New York City. At one point, the former husband of Jenna Dewan was seen putting his arm around the actress. “Channing and Zoe are dating,” a source confirmed. “They both thought the other was cool, fun and attractive, but never acted on it because they were never single.”