Home » Celebrities » Whoopi Goldberg tries to link D-Day with immigration, says it's what soldiers 'fought for' Whoopi Goldberg tries to link D-Day with immigration, says it's what soldiers 'fought for' 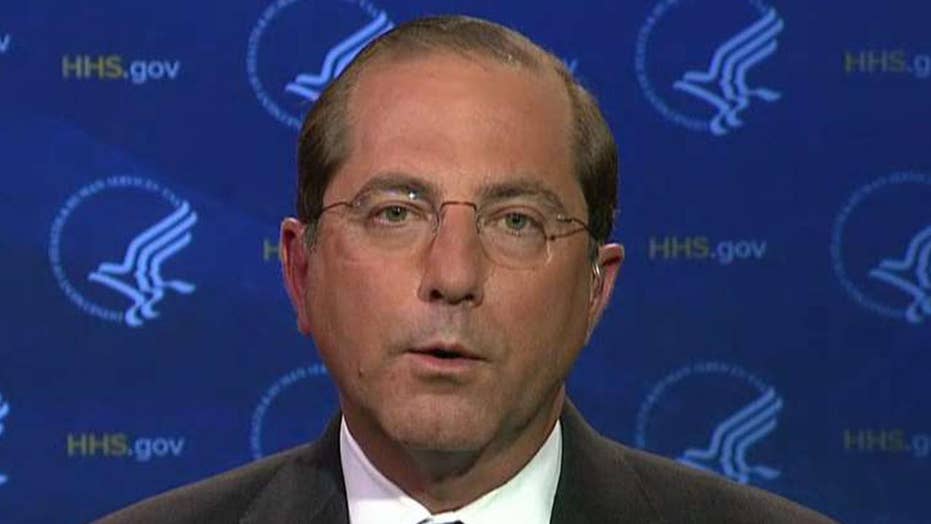 The Department of Health and Human Services is legally forbidden from spending money that Congress has not appropriated, says HHS Secretary Alex Azar, who urges Congress to act and provide funding for the relief of the humanitarian crisis.

"The View" co-host Whoopi Goldberg on Thursday tried tying aid for immigrants to the legacy left by soldiers who stormed the beaches of Normandy during World War II.

“This is why it's important that people remember what folks fought for. We fought for the right to help people from other countries. We've done it as long as I can remember,” she exclaimed.

She and the rest of the hosts were discussing the Trump administration's reported decision to withhold certain services for illegal immigrant children — something co-host Joy Behar derided as "despicable."

"As if migrant kids separated from their families at the border don't have enough to deal with," Goldberg said, "the White House just announced that they are canceling all of the English classes, recreational activities like soccer and access to legal aid. Why do they think this is a good idea?"

The Health and Human Services Department blamed a lack of funding and reportedly said those services were "not directly necessary for the protection of life and safety."

The co-hosts lamented inaction by both parties in finding a solution to immigration problems at the southern border. Their comments came as President Trump's administration struggled to confront a growing border crisis and house the massive influx of migrants from Central and South America.

During Thursday's show, Goldberg also took a shot at Trump when she expressed agitation at his visit to Normandy on the 75th anniversary of D-Day.

"All those people who went and gave their lives – they didn't ask, they didn't have bone spurs," she said, referring to Trump's draft deferment during the Vietnam War.

Things to Do in New York This Weekend: MoMA and the Tonys
Entertainment