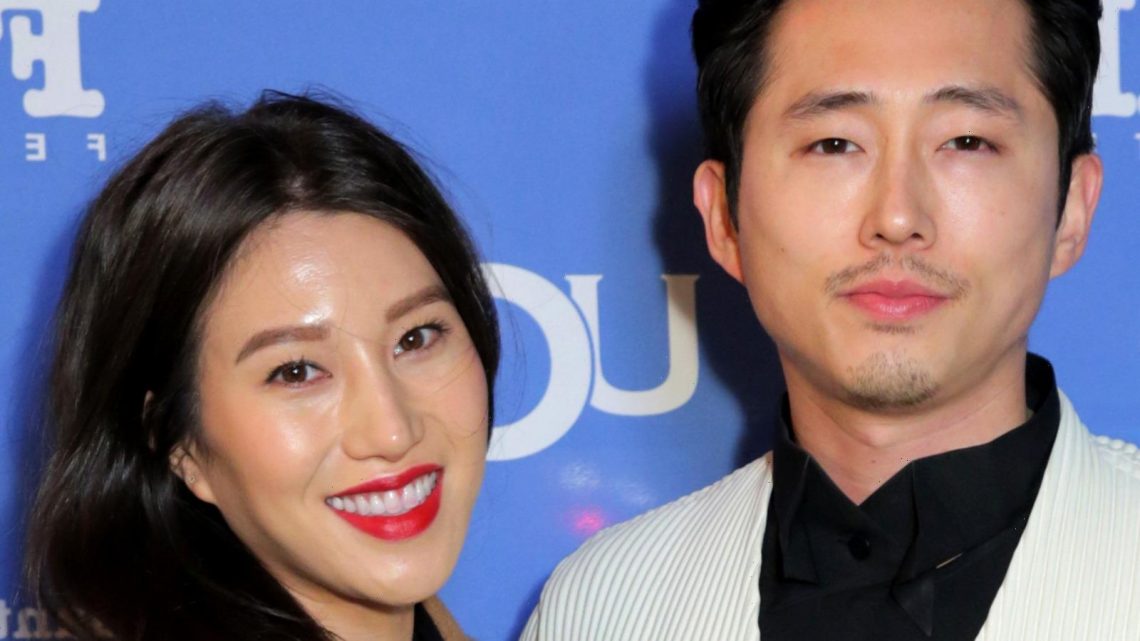 In 2019, Pajiba memorably proclaimed the gorgeous Steven Yeun our collective “pop culture boyfriend with a twist,” arguing his uncanny ability to play dark and light roles brilliantly while remaining approachable is a key part of his inimitable charm.

The Korean-American actor came to international attention thanks to his lengthy stint on The Walking Dead, but Yeun had already been a pop culture fixture for years by that stage. Still, it took a while for people to acknowledge his hunkiness.

Sadly for the single gals, they’re a bit too late for Yeun’s heart. The actor has been happily married for years. Funny enough, as GQ notes, Joana Pak was only his second girlfriend ever. They met in Chicago, but Pak had a boyfriend at the time. Fate brought them back together a year later and, soon after, the duo was spending every day together. Evidently, they’re an ideal match. When you know, you know, right?

And although Yeun may be the more famous of the two, there’s plenty of fascinating stuff to glean about Pak, too.

Joana Pak is a successful photographer

As People reported at the time, the happy couple tied the knot in December 2016. The actor and photographer married at L.A.’s Paramour Estate, surrounded by family and friends including a handful of Steven Yeun’s Walking Dead co-stars.

According to Martha Stewart Weddings, Steven proposed in 2015. They originally met all the way back in 2009, while Joana Pak was still studying for her degree. After Yeun relocated for The Walking Dead, they had to endure long distance for a while, with Pak noting, “He was based in Atlanta for half the year. I was in Chicago. We were kind of everywhere.”

Nowadays, she’s a successful photographer and business owner of Jo Pakka. Her Instagram profile is practically empty – with only one photo as of writing – signaling followers that the artist prefers to keep her home life private. Her hubby’s Instagram account is mostly work-based. As People notes, the couple shares two children; Jude Malcolm, born in 2017, and a daughter born in 2019 whose name has yet to be revealed, as of April 2021. Pak has taken many action shots of them in a professional capacity but, for the most part, their family is very low-key. Given how long these two have been together, maybe it’s the secret to a long, happy relationship.

Alex Rodriguez Just Shared A Video Of A Bunch Of J.Lo Photos In His Home After The Split