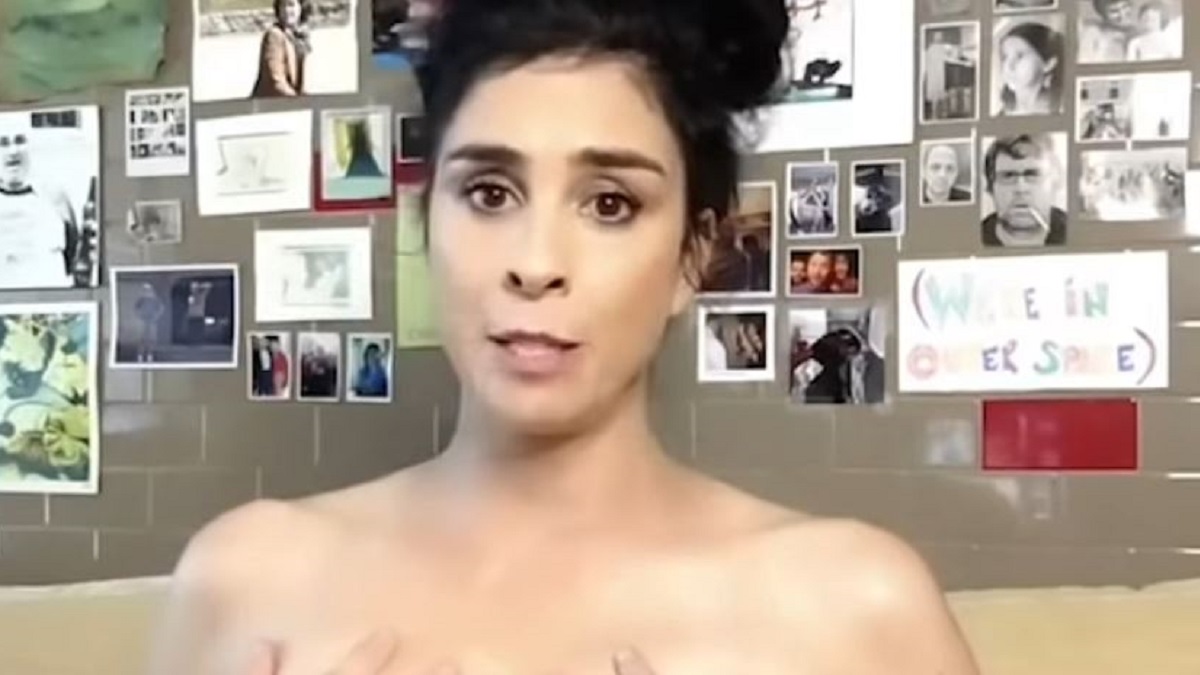 Sarah Silverman and other celebrities, including Chris Rock, Mark Ruffalo, and Chelsea Handler, stripped naked in a new voting PSA, warning voters that they need to strictly comply with the official vote-by-mail instructions to ensure their mail-in votes count.

They also warn voters about the “naked ballots” rule and other regulations requiring voters in states such as Pennsylvania to comply with specific instructions to ensure their mail-in ballots are counted.

The naked ballots rule requires voters to submit their mail-in ballots with secrecy envelopes or their vote would be rejected.

There are also instructions about the right pen color to use.

‘Ballots could be naked,’ Sarah Silverman and others warn

“We made a PSA to help you make sure your mail-in vote counts!” she captioned the video.

The celebs warn voters “ballots could be naked,” and not complying with instructions could void mail-in votes.

“If you don’t do exactly what I tell you, your ballot could get thrown out,” Silverman warns while standing with her hands covering her breasts.

Silverman’s dad also appears in the video. He is shown handling his ballot.

Ryan Bathe tells viewers to read the instructions carefully before completing their ballots.

“Read and follow the instructions that come with your ballot,” Chris Rock adds.

Josh Gad: “I know that sounds literally like the least sexy thing that a completely naked person could say.”

Borat (Sacha Baron Cohen) then appears dressed in a suit. He wonders why they want him to strip naked and informs viewers that he has “hram like a can of Pepsi.”

Naomi Campbell refers to states, such as Pennsylvania, that require voters to put their ballots inside two envelopes in the right order; otherwise, they could be rejected as “naked ballots.”

Josh Gad instructs viewers to mail their ballots in as soon as possible.

“Don’t sit on ’em,” Mark Ruffalo warns. “Get those things out ASAP.”

The video ends with a written message that warns voters to carefully follow instructions and send in their ballots as soon as possible.