An independent investigation into how the Guggenheim Museum handled last year’s exhibition on the artist Jean-Michel Basquiat has concluded there is no evidence that the show’s guest curator, Chaédria LaBouvier, who is Black, “was subject to adverse treatment on the basis of her race,” the museum announced on Thursday.

The museum simultaneously announced that Nancy Spector, the artistic director and chief curator, who is white, was leaving “to pursue other curatorial endeavors and to finish her doctoral dissertation.” She has spent 34 years at the Guggenheim and has been publicly criticized by Ms. LaBouvier.

The announcement comes at a time when many cultural institutions are defending themselves against charges of racism and have committed to reform. The Black Lives Matter Movement has raised awareness in the art world about inequity in hiring, programming and governance.

The Guggenheim’s three-month investigation, conducted by the law firm Kramer Levin, was prompted by criticism from employees who sent a letter to management in June, describing “an inequitable work environment that enables racism, white supremacy, and other discriminatory practices.” 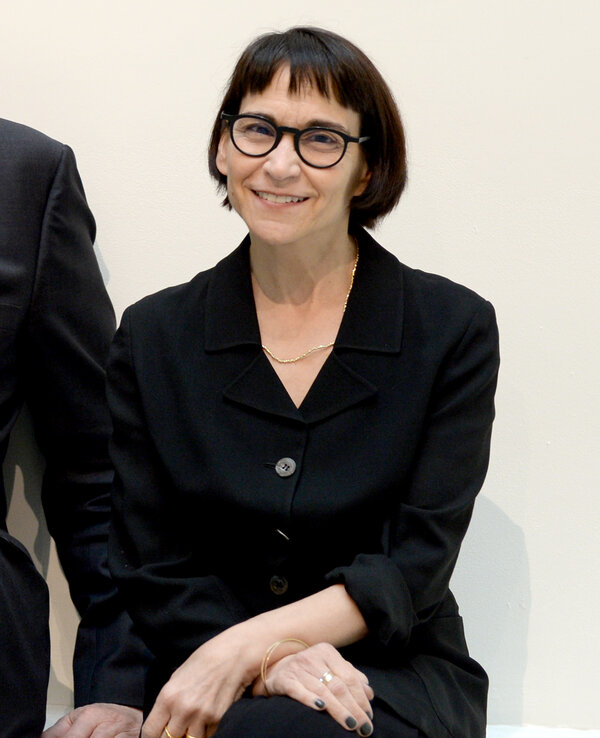 In particular, the comments appended to the letter criticized how the Guggenheim handled Ms. LaBouvier, an art historian who was the first Black curator of an exhibition at the museum. “The museum cannot be taken seriously as a good faith actor in its commitment to affirming diversity,” the letter said, “without grappling honestly and humbly with its failure in regards to the treatment of Chaédria LaBouvier.”

In the wake of the letter, Ms. Spector on July 1 went on a three-month sabbatical.

The museum responded by hiring the law firm to independently investigate the allegations. It also announced it was developing a diversity program, which the museum approved in August, to create policies for reporting discrimination and implement new measures like paid internship opportunities for students from underrepresented backgrounds.

It was unclear whether Ms. Spector resigned by choice or was forced out. Neither the Guggenheim nor Ms. Spector would discuss the terms of her departure.

“The Guggenheim is thankful to Nancy for her nearly 35 years of service," Richard Armstrong, the museum’s director, said in a statement. “Nancy has provided leadership and strategic vision for collections, exhibitions and public programs.”

Ms. Spector said in a statement, “The Guggenheim is stronger than ever before, and incredibly well-positioned to emerge successfully from the challenges presented by 2020.”

She added that she was “pleased” that the independent investigation had “sought out the facts and confirmed what I have known from the start — which is that I did not treat the guest curator of ‘Basquiat’s “Defacement”: The Untold Story’ adversely on the basis of race.”

The museum said the investigators had reviewed more than 15,000 documents and conducted interviews with current and former Guggenheim employees and others affiliated with the institution.

Ms. LaBouvier could not immediately be reached for comment.

Ms. Spector has spent most of her career at the Guggenheim, except for a brief stint as deputy director and chief curator of the Brooklyn Museum that concluded in 2017. She explained her return at the time as “realizing that it’s an opportunity I didn’t want to pass up given the number of years I’d already committed to the Guggenheim.”

The authors of the Guggenheim’s finalized diversity initiative, including eight employees (at least four of whom identify as Black) and an outside consultant, urged that exhibitions include more representation from historically marginalized groups.

The museum is projecting a $15 million deficit this year because of the pandemic, and plans to fund its diversity initiatives with contributions from trustees and reallocated money from its current budget.

“This plan shows a greater sensitivity toward respect,” Mr. Armstrong told the Times when the plan was announced. “It means there will be a bigger front door, providing more opportunities for a variety of people to imagine working in museums as a sustainable career path.”

In a joint statement to The New York Times at the time, about 30 part-time Guggenheim educators said they were not consulted about the plan and they were concerned that diversity efforts would fall to them.

On Thursday, the museum announced that its board recognizes that “the museum’s lack of diversity in staff, programming and outreach remains an urgent issue,” adding in its statement that “we continue to move forward expeditiously with our Diversity, Equity, Access and Inclusion Action Plan to help ensure our institution becomes a more equitable place.”