The ‘Modern Family’ star and ‘Bachelor in Paradise’ alum looked overjoyed as they posed together on the red carpet.

Love was in the air at the seventh season premiere of Bachelor in Paradise! Actress Sarah Hyland, 30, and her fiancé Wells Adams, 37, got plenty comfortable with each other at the premiere for the reality series’ latest season in Santa Monica on Thursday August 12. They looked really happy to be attending the event together, and it seemed like they had a lot of fun! 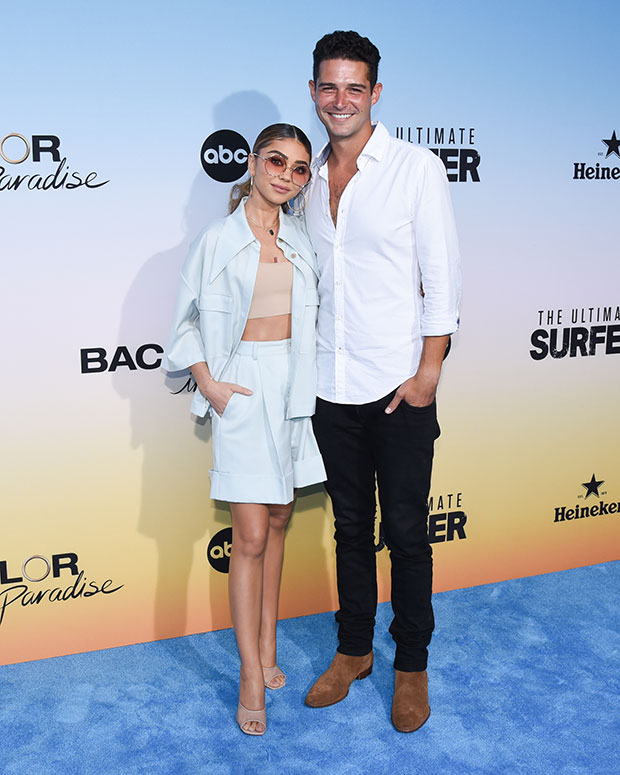 Sarah sported a gorgeous, light-blue ensemble, consisting of high-waisted shorts and an open jacket. She also wore a tan crop top underneath. The Modern Family actress accessorized with a huge pair of hooped earrings, a pendant necklace and angular rose-tinted glasses. Meanwhile, Wells sported a more neutral look, with a white button-down, black slacks, and a brown pair of boots.

The couple romantically posed for photos, as Wells kept his arm around his fiancée. Even though they both looked fabulous and infatuated with each other, they still kept things light and took a silly photo. Sarah leaned into her future husband with her hands on his chest and kicked up a leg. They decided to turn it into a funny photo-op by both closing their eyes and sticking their tongues out at each other. 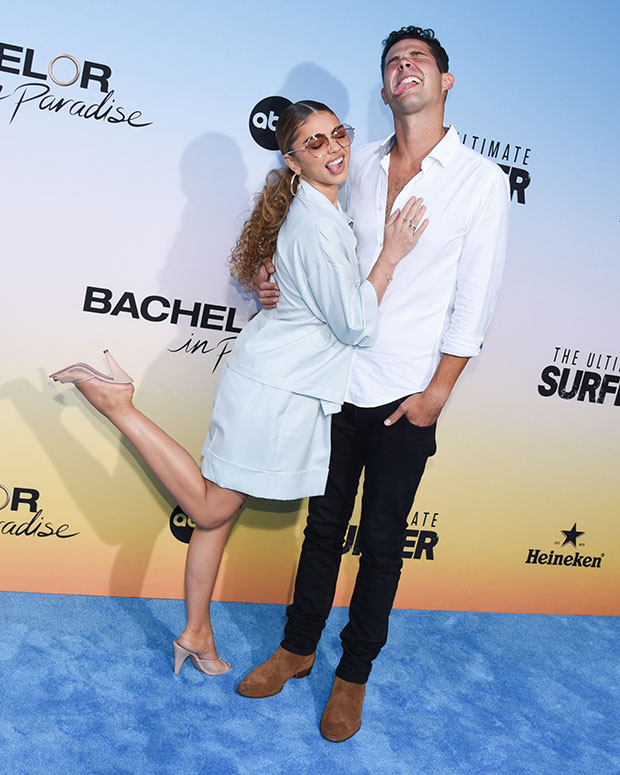 Sarah and Wells couldn’t seem more in-love! The couple have been engaged for over two years, after the former Bachelorette contestant popped the question in July 2019. The pair had been dating since first meeting at a party during the 2017 Emmy Awards. Despite being together and engaged for so long, it doesn’t sound like Wells and Sarah are in a rush to tie the knot. Wells revealed in a May 2020 interview with Access that the couple were taking their time in part due to the COVID-19 pandemic. “There are no wedding plans. I think the thought was that we’d originally start thinking about that around this time and now that this is happening, you know, what’s the point of even trying to get something solidified with everything being so up in the air?”  he said at the time.