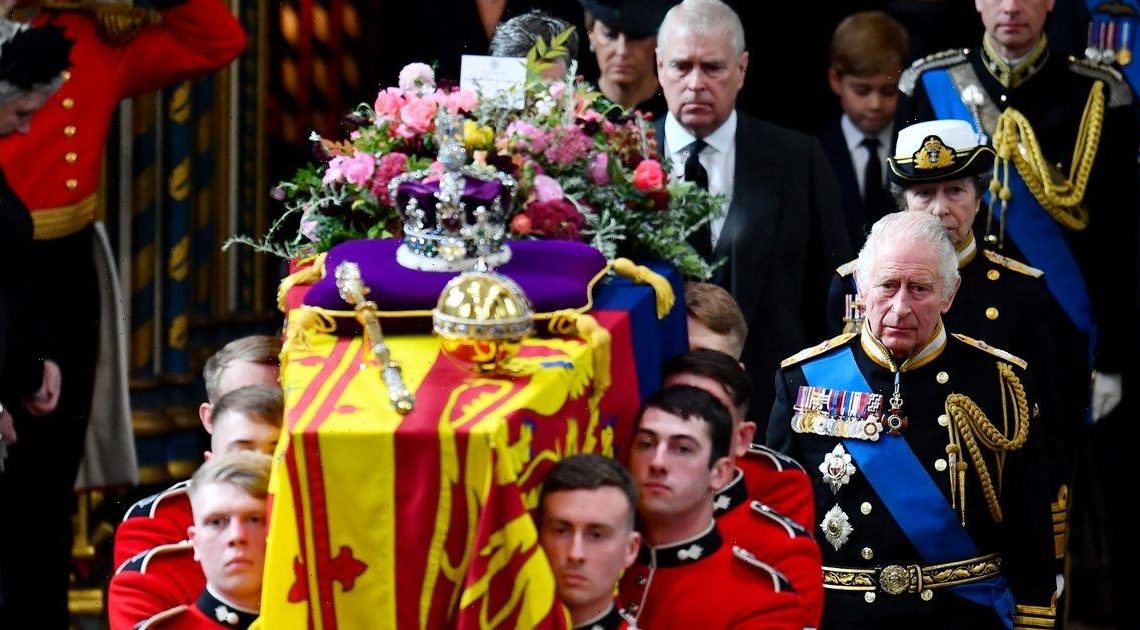 Emotional Royal fans have praised the Queen's funeral on Monday 19 September and said that they've "never witnessed anything so touching".

Earlier on Monday, around 2,000 guests, including the Royal Family, attended an emotional service at Westminster Abbey before a procession to Wellington Arch, where hundreds and thousands of mourners paid their respects.

Upon arriving at Wellington Arch, the coffin was lifted into the state hearse so that it could begin the final leg of its journey to Windsor for the Queen's committal service at St George's Chapel later on Monday.

Royal fans were left moved and emotional over the "touching" service, which included Kate Middleton comforting daughter Princess Charlotte, and a sweet moment between Princesses Eugenie and Beatrice with their mother Sarah Ferguson.

Taking to Twitter, one person said: "The beautiful Queen Elizabeth's funeral is just so surreal and a beautiful tribute. I have never witnessed anything so touching. Wow just Wow! RIP Ma'am xx."

A different account put: "So many touching moments from Queen Elizabeth's funeral…so many have noticed this image of the pallbearers. Struck by their composure and grace."

Another follower said: "The Queen is on the long walk to Windsor Castle. Her funeral is incredible. The historic significance of the procession. Brings me to tears."

A different account put: "What a send off! #queenfuneral #queenelizabeth Sombre but respectful day! Incredible scenes. RIP ma’am you did us proud."

Another Royal fan said: "Deeply moved by the #queenfuneral . The procession with the bagpipes brought tears to my eyes. So beautiful. She will be missed."

A different person wrote: "The funeral service for Queen Elizabeth II at Westminster Abbey was absolutely beautiful and touching…"

While another account added: "What a touching and amazing funeral that was for our late Queen Elizabeth II. May she now rest in peace! Now God Save the King!"

The Queen will be buried with her late husband Prince Philip in the King George VI Memorial Chapel. A private burial service, attended by the King and other members of the royal family, will take place on Monday evening.