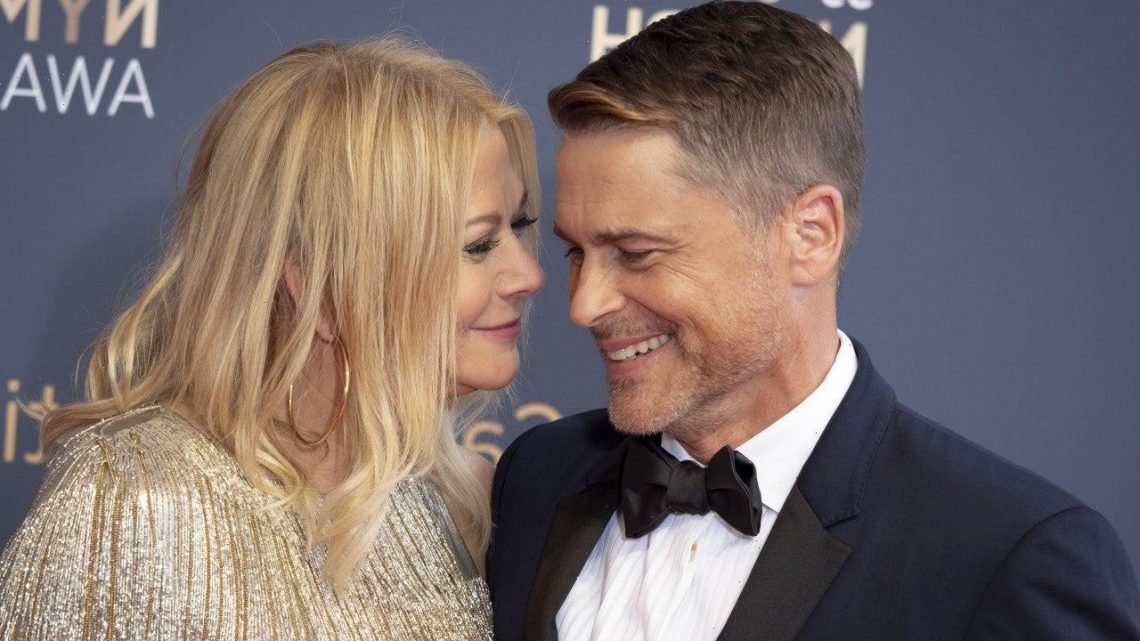 Rob Lowe on How His Wife Sheryl Saved His Life (Exclusive)

Rob Lowe is opening up about keeping in fantastic shape both physically and mentally. ET spoke to the 57-year-old actor about season 2 of Mental Samurai, which premieres Tuesday on Fox, and he talked about how exercise keeps him in the best mental shape as well as the support of his family.

Lowe said that he loves any activity outdoors like surfing, hiking, golfing and running on the beach, as well as working out in the gym — so much so that the coronavirus pandemic took a serious toll on him when he was no longer able to work out during his lunch break while working on 9-1-1 Lone Star since they shut down the gym on set.

“Because in the day, I would work out during lunch because I get energy from working out, so that has been really hard,” he tells ET’s Matt Cohen. “The lack of the lunch workout has been brutal for me. I think the activity fuels me, really. I mean, if I’m not active, I start getting depressed and I start getting, like, mopey, so I really do it more for my mental health than anything else.”

Lowe said he made a conscious decision in his 30s to eat healthy with a low-carb diet, which has also given him more energy. He actually works harder on his fitness in his own time while not filming.

Lowe has had the tremendous support of his wife, makeup artist Sheryl Berkoff, whom he’s been married to since 1991.

“Listen, she may have saved my life, really,” he says of Sheryl. “I mean, she met me when I was at the end of my ’80s run of wild boy craziness and she was worth changing my life for. And so I am really lucky that that happened to me. Maybe I had changed it on my own, maybe, but it’s a big maybe. And just when I met her, I knew that if I could not make it with her, I definitely could not make it work with anyone else.”

The two are celebrating their 30-year wedding anniversary on July 22. They share two sons together, 28-year-old Matthew and 26-year-old John.

“And I always wanted that life, I really wanted kids,” Lowe says. “I wanted a normal life outside of Hollywood. I wanted to insert myself in Hollywood for what I needed to do and get out like a light and live as normal of a life as I can, and we were able to do that because I think we were very well matched.”

Lowe says there will definitely be a “purchase” he’ll make for Sheryl to mark their milestone anniversary.

“I think I am very close to pulling the trigger on something I think she is going to like a lot,” he says of his anniversary gift to her. “And there is going to be a party, but, you know, just the fact that I am so blessed to have found the right person, that I found a soulmate and someone who I think is so hot and smart and funny. Great mother, great businesswoman, I am just super, super blessed and I can’t believe 30 years, that sounds insane coming out of my mouth. Really, truly.”

Meanwhile, the second season of Lowe’s game show, Mental Samurai, premieres Tuesday with a special two-hour episode on Fox. The show features contestants answering knowledge-based questions while being moved around by a large robot arm in the show’s specially designed capsule that can rotate 360 degrees. Lowe noted that the show’s rules have changed this year so that people actually compete with one another.

“So it’s mano a mano and so there’s more money on the line,” he shares. “There are more people who seem to be winning this year, which is exciting. I love seeing people win money because it really is life-changing for folks and I just love the show because it’s so fun. You never know when people are gonna screw up, you really don’t. Like, really smart people can screw up the easiest stuff, and people who maybe aren’t as smart can suddenly be really smart.”

The show also taps into contestants’ struggles and helps them overcome different things. Lowe said he can relate to this given that he just celebrated being 31 years sober this month.

“We do try to find people on the show where this is really gonna change their lives, and a lot of people are coming from areas where they’ve been really, really challenged,” he shares. “And you know, anybody who’s struggled or overcome any kind of addiction knows what it’s like to face a struggle every day … it’s a daily reprieve as they say … and it’s definitely the thing that changed my life the most.”