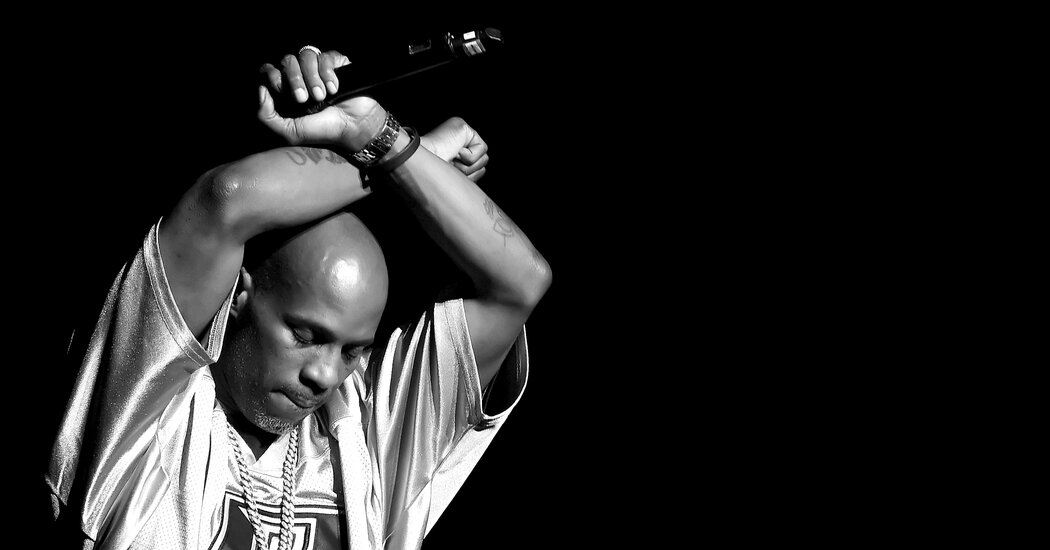 Every Friday, pop critics for The New York Times weigh in on the week’s most notable new songs and videos. Just want the music? Listen to the Playlist on Spotify here (or find our profile: nytimes). Like what you hear? Let us know at [email protected] and sign up for our Louder newsletter, a once-a-week blast of our pop music coverage.

This song from “Exodus,” the first posthumous DMX album, features a 1990s rap supergroup that could have been. DMX sounds limber and loose, and Jay-Z and Nas are having far more fun here than they did on the grown-and-grumpy “Sorry Not Sorry,” from the latest DJ Khaled album. The union of the three titans is consequential, but they treat it like a friendly cipher, the mark of stars confident in their legacy. JON CARAMANICA

The nonprofit Red Hot Organization supports its efforts to fight AIDS with albums full of unexpected collaborators. The preview of its dance-oriented “Red Hot + Free” collection, due July 2, is “Mon Cheri,” which brings together the Florida dance-pop duo Sofi Tukker with the Malian singers Amadou & Mariam. Sophie Hawley-Weld of Sofi Tukker coos the verses in Portuguese, philosophizing about time and rhythm over a twangy guitar line that hints at Malian modes; when Amadou & Mariam arrive for the choruses, calling for togetherness in love, a 4/4 thump kicks in, steering the song directly to the dance floor. Before it’s over, a synthesizer starts cheerfully sputtering like a high-tech kazoo. JON PARELES

Tuesday marked the one-year anniversary of George Floyd’s murder by a Minneapolis police officer, and the culmination of a heady year of Black Lives Matter organizing. It was also the bassist Melvin Gibbs’s birthday. Over the past 12 months, Gibbs paid a number of visits to the site of Floyd’s death, and he was moved by the complicated but nearly serene energy about the place, which has become a kind of pilgrimage site and memorial. On Tuesday, Gibbs released an EP, “4 + 1 Equals 5 for May 25,” that balances coiled frustration with catalytic release. The idea, he wrote in the notes accompanying the EP, was “to manifest peace while facing up to cataclysm.” Working with the Washington, D.C.-based rapper Kokayi, Gibbs assembled a collection of pieces (condensed here into a final composite track, “Message From the Streets”) that writhe and heave but fix a steady gaze on the world. The act of bearing witness becomes a means of unmaking, and maybe building anew. GIOVANNI RUSSONELLO

Dan Friel has been making noisy rock — frenetic guitar abetted by over-the-top electronics — since he founded the band Parts & Labor in the early 2000s. He’s still at it in his current band, Upper Wilds, and “Love Song #5,” from an album due in July titled “Venus,” comes on as a whirlwind. As he sings about how love changes nothing and everything at once, a stereo blitz of distorted strumming, whizzing arpeggios and screaming sustained tones insists how much it matters. PARELES

Griff, ‘One Foot in Front of the Other’

Griff, an English pop singer, songwriter and producer who won this year’s Brit award as rising new star, sounds optimistic despite herself with “One Foot in Front of the Other,” which will be the title song of her mixtape due June 18. Sure, her first steps are tentative as she recovers from a breakup — “Things just take longer to heal these days” — but her perky keyboard tones and a chord progression that descends but soon bounces back all insist that she’ll thrive, and soon. PARELES

Recently, the emo-rap-influenced country singer Kidd G announced a partnership with the Valory Music Co., a division of the country powerhouse Big Machine Label Group. It was a seeming acknowledgment that his most viable path forward would run through Nashville — or at least near it. And indeed, he is slowly homing in on a version of his hip-hop that’s structured more like contemporary country music. On “Break Up Song,” the guitars are fuller, and his rapping has less residue of Juice WRLD than his earlier songs. The laments are pure country, too: “I wiped your footprints off the window of my truck.” CARAMANICA

A songwriter from Northern Ireland who’s fond of vintage American soul music, Foy Vance has collaborated with Ed Sheeran, Alicia Keys and Kacey Musgraves. On his own, he harks back to Van Morrison’s better days, grainy and impassioned. Many of his previous songs have been folky and rootsy, but “Sapling” deploys electronic illusions as well. He strives to draw benevolence out of his own imperfections and regrets — “Am I strong enough?” he wonders — as patient piano chords open into vast reverberations. PARELES

A union of one of hip-hop’s most stoic rappers and one of its most excitable. In this partnership, OhGeesy (formerly of Shoreline Mafia) pulls DaBaby into his patient tempo, a surprise victory. CARAMANICA

“Morocco” is from the new album, “Bird Ambience,” by Masayoshi Fujita, a Japanese vibraphonist and composer who constructs meditative pieces with a Minimalistic pulse — layers of vibraphone lines with fleeting apparitions of percussion and sustained brass tones. Every layer is melodic; follow any one closely, and it turns out to be far less repetitive than it seems at first. PARELES

On his new album, “Another Land,” the eminent bassist Dave Holland teams up with the guitarist (and former “Tonight Show” musical director) Kevin Eubanks, a longtime Holland confidante, and the drummer Obed Calvaire, a newer collaborator. Holland is a National Endowment for the Arts Jazz Master and former Miles Davis accompanist whose career has skipped around from jazz-rock fusion to the avant-garde, often lingering in the spaces in between. On “Gentle Warrior,” the one track on “Another Land” penned by Calvaire, the drummer works across the full range of his kit, getting his cymbals to speak to one another; Holland takes a bass solo that’s endowed with lyrical flair, and pries at the piece’s complex five-beat rhythm. RUSSONELLO