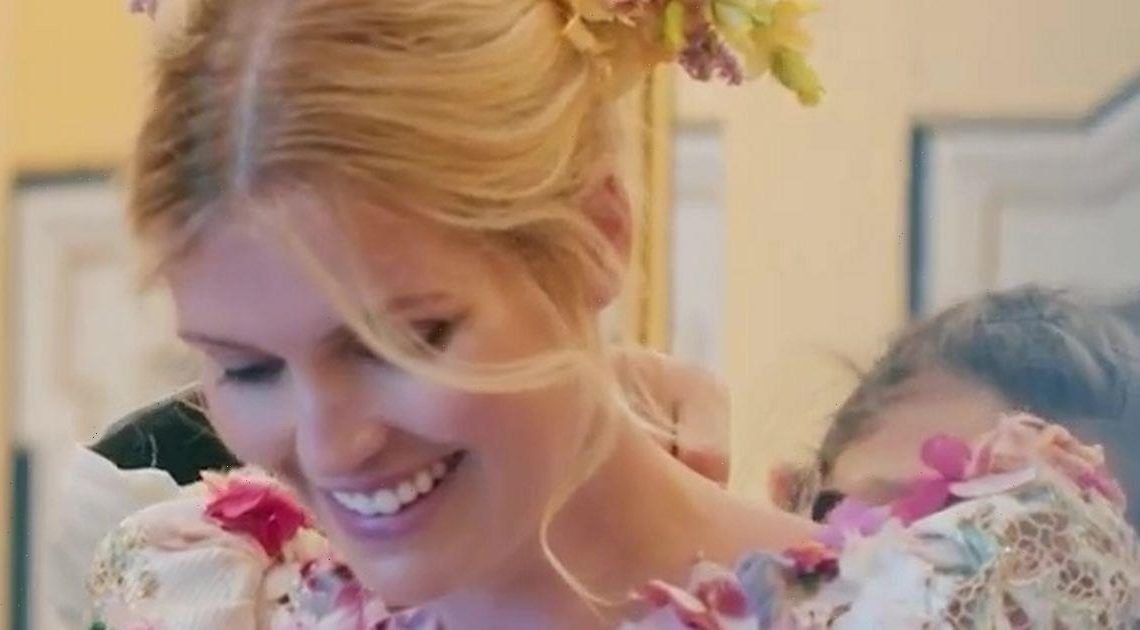 Newly married Lady Kitty Spencer has broken her silence following her extravagant wedding that her father, Earl Spencer did not attend.

The 30 year old daughter of Charles Spencer, 57, said "I do" to 62 year old Michael as the sun set over the Villa Aldobrandini in Frascati.

Kitty spoke for the first time since the wedding on her Instagram page on Thursday to acknowledge her half-brothers, Louis Spencer, Viscount Althorp, and Samuel Aitken, who walked her down the aisle after her dad failed to make her big day.

She said: "The proudest moment of my life, without a doubt, was having my brothers walk me down the aisle."

She continued: "Thank you to our family and friends for the most unforgettable weekend filled with more love and laughter and happiness than I have ever known It still feels like a dream.”

There has been no official announcement as to why her father was not at her wedding, however an insider to the family has told The Mail Online that the Earl’s absence from his daughter's big day may be due to a shoulder-related injury.

The source told the Mail Online: "Charles recently suffered an injury and perhaps that will be the reason for him not travelling, but it is just easier for everyone that he is not there."

Michael's three adult children from a previous marriage, who Kitty is said to have formed strong relationships with, were also in attendance.

Father of the bride Charles posted an image to Instagram from the grounds of the Althorp estate in Northampton on Friday evening.

Italian fashion house Dolce and Gabbana are thought to have played a big part in the day, designing the bride's gown.

A number of guests were also dressed in the label after Kitty became a global ambassador for them earlier this year.

Following the ceremony, guests are said to have been treated to a feast, a night of dancing and an extravagant fireworks display.

The nuptials come after days of celebrations, with the couple hosting a dinner at Galleria Del Cardinale in Rome on Friday evening.

It is reported Kitty may have also worn the Spencer tiara, which Princess Diana wore at the age of 20 to her own wedding to Prince Charles, then 32, in 1981.

Bring the outdoors in with these 11 butterfly print home accessories