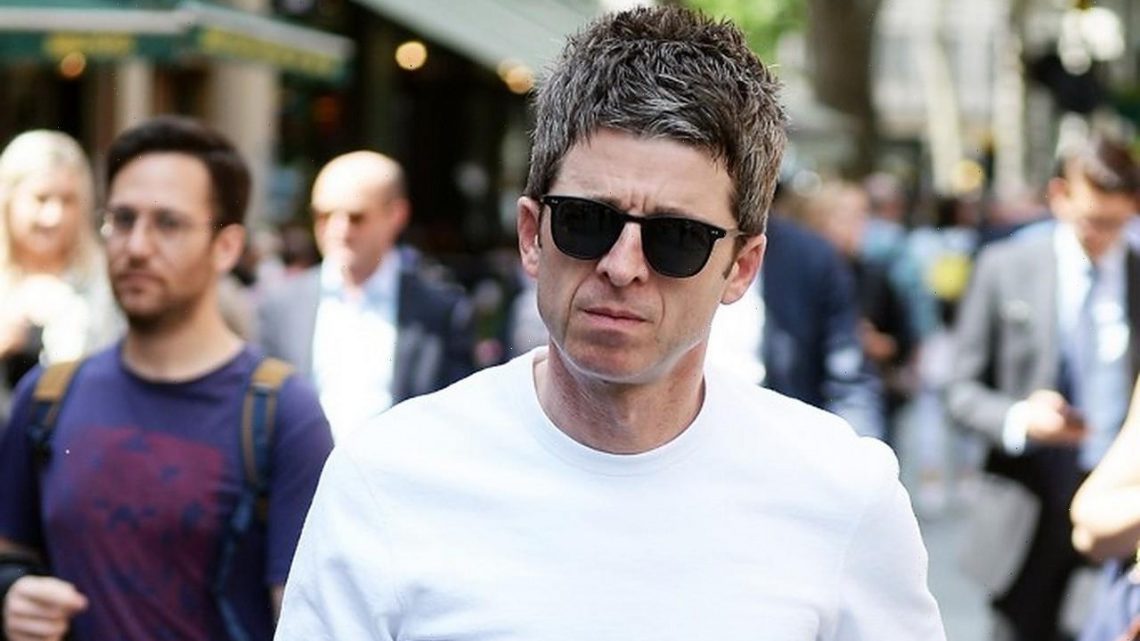 The High Flying Birds ringleader talks about life during lockdown, revealing that he channeled his inner interior designer to decorate his sons’ bedrooms and the bathroom in his studio.

The former Oasis guitarist decided to spruce up his toilet in his private studio by covering the walls in stickers after doing the same for his two sons Donovan, 13, and Sonny, 10, in their bedrooms.

Noel – who has his boys with wife Sara McDonald and daughter Anais, 21, with ex-spouse Meg Matthews – has been busy working on a new album in his new recording studio since it opened in November.

He told Jo Whiley on BBC Radio 2 during his “Sofa” Session, “Well I wasn’t walking around with sheets of wallpaper, but I did do the interior design yeah. I decorated the toilet in lockdown actually.”

Asked what it’s like, he continued, “My lads have got these sticker books which have thousands of stickers in.”

Jo asked, “Of what?,” to which he replied, “Just like nonsense, kids stickers, and during the lockdown, I got so bored I stickered both their bedroom doors and it looked great and I thought ‘I’m going to do that in the toilet in my studio, so I’ve done it all four walls from floor to ceiling and it looks great actually. But it’s an amazing studio. It’s my first ever privately owned studio so I’m in there most days noodling away … it was opened in November last year so I’ve been writing a new record in there ever since.”

The 54-year-old rocker revealed he has recently started side two of the album.

He said, “I had side 1 completed before the summer holidays and just started the first track of side 2 today. It went pretty well actually.”

The “Some Might Say” hitmaker previously teased that the record is going back to his Oasis roots as opposed to his last full-length High Flying Birds release, 2017’s “Who Built The Moon?“, and his run of EPs which all had a more experimental and dance-tinged sound due to Noel’s studio work with producer David Holmes.

Discussing the sound of his latest tracks, he spilled, “It’s leaning to be more acoustic, actually. There will be more acoustic tracks on it than I would do and the reason for that is that I did those EPs the year before last and I was in that frame of mind to something electronic. If I hadn’t done that, my next album would have been like those EPs. So that’s given me a thing to react against. It’s more acoustic and a lot slower paced and bit more atmospheric.”

“It’s good, though. Really good. There’s some bangers on there as well.”