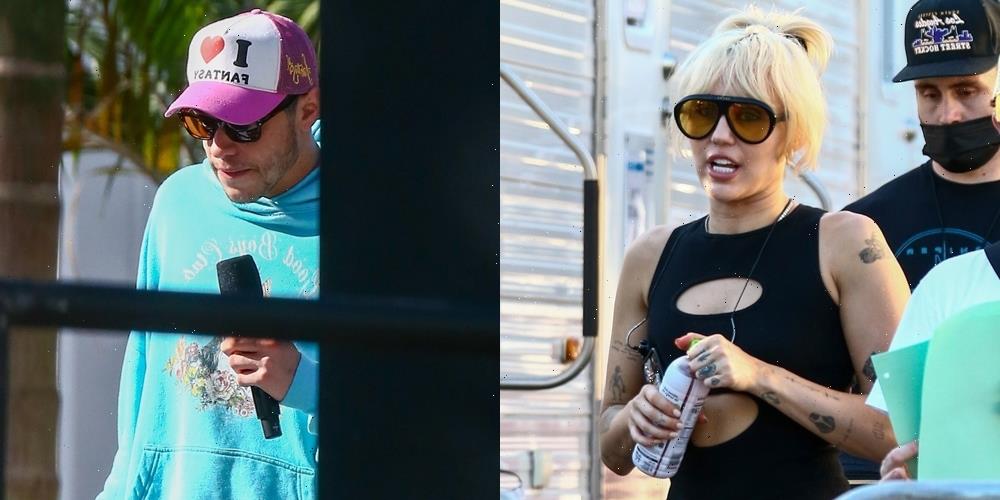 Miley Cyrus & Pete Davidson Get Ready for NYE in Miami!

Miley Cyrus wears a black romper while walking around the backstage area for her New Year’s Eve special on Thursday (December 30) in Miami, Fla.

The 29-year-old singer is co-hosting the NBC special with Pete Davidson and he was also spotted practicing with Miley.

Miley was joined at the rehearsal by her younger sister Noah Cyrus.

Miley and Pete are co-hosting NBC’s New Year’s Eve special, which will air from 10:30pm – 12:30am ET on NBC and Peacock on Friday night (December 31). The special is being executive produced by Miley along with SNL producers Lorne Michaels and Lindsay Shookus.

Make sure to check out the surprise appearance that Miley made on Saturday Night Live just a couple weeks ago.

Click through the gallery to see 20+ photos from the rehearsal…

‘All we bicker about!’ Strictly’s Janette Manrara addresses backstage moment with Aljaz