Home » Celebrities » Meghan Markle's Dad Has Been Trying to Get Back in Contact With Her in L.A. Meghan Markle's Dad Has Been Trying to Get Back in Contact With Her in L.A.

Hoping to make amends. Meghan Markle‘s estranged father, Thomas Markle, is “continuing to try and get in contact” with his daughter since she and Prince Harry moved to Los Angeles, a source exclusively reveals in the new issue of Us Weekly.

The retired lighting director, 75, who lives in Mexico, has been “sending letters to the house” with hopes of reaching the former Suits star, 38, who relocated to California with her husband, 35, and their 14-month-old son, Archie, in March. Despite his best efforts, the source says his “letters remain unopened.”

Meghan and her father have had a strained relationship since he was caught staging paparazzi photos ahead of her May 2018 wedding. Thomas was set to walk his daughter down the aisle at St George’s Chapel at Windsor Castle in England, but announced days before the ceremony that he could no longer attend after suffering a heart attack. An insider told Us at the time that while the retired actress’ relationship with her father “has always been strained,” she was “upset and disturbed by the entire ordeal.” Their relationship was further strained after Thomas gave several interviews in which he slammed the royal family, Harry and even Meghan. 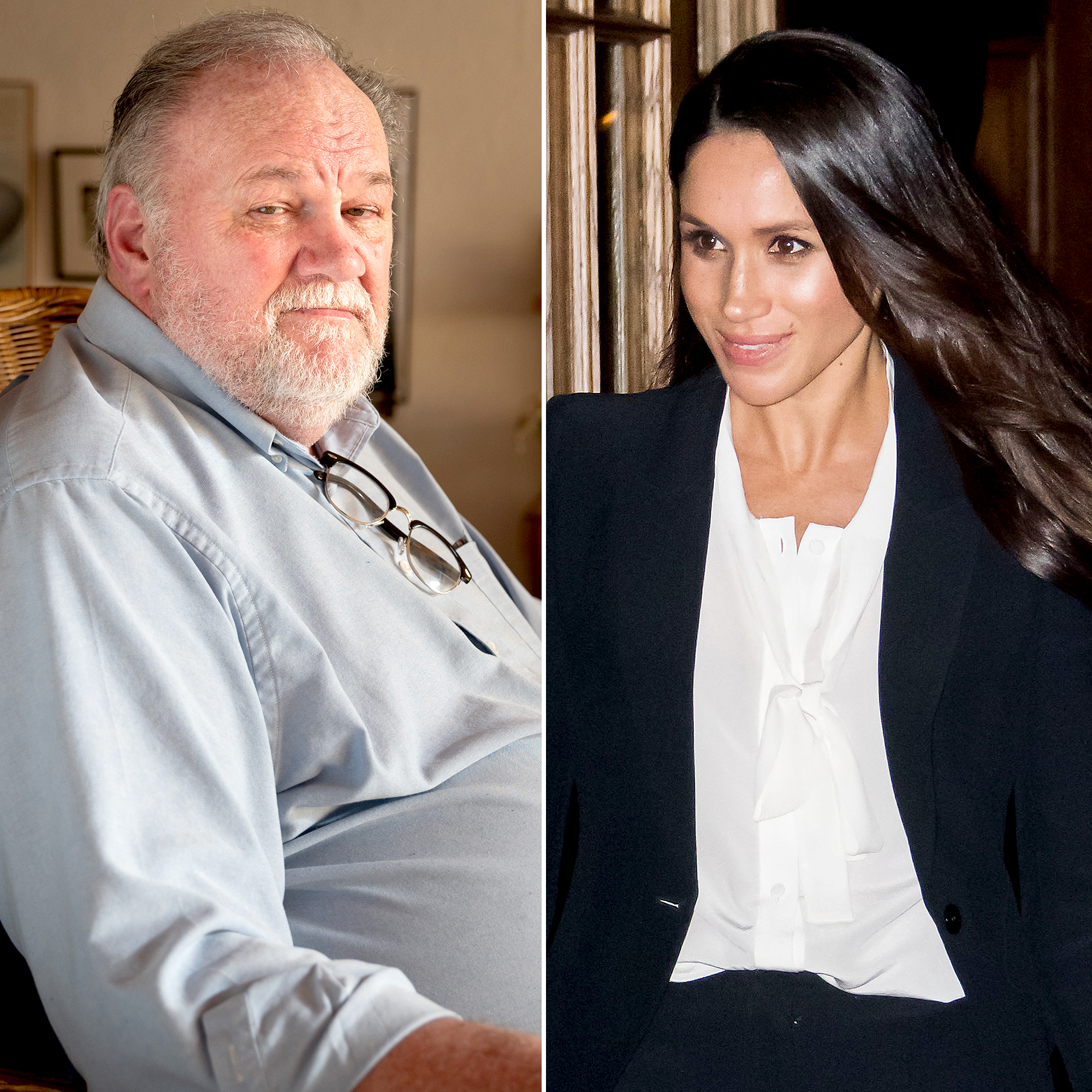 The duchess confirmed in January that she and Harry would be stepping down from their roles as senior members of the royal family and splitting their time between the U.K. and North America. Days after the couple made their shocking announcement, Thomas confessed that he was ashamed of his daughter’s behavior.

Prince Harry and Meghan Markle: A Timeline of Their Relationship

Three months later, new details of Meghan and Harry’s dramatic conversations with Thomas ahead of the royal wedding were revealed in legal documents obtained by TMZ.

Who Is Meghan Markle’s Family? Everything We Know

“I’ve been reaching out to you all weekend but you’re not taking any of our calls or replying to any texts,” the California native texted her father at the time. “Very concerned about your health and safety and have taken every measure to protect you but not sure what more we can do if you don’t respond…Do you need help? Can we send the security team down again?”

According to the documents, Thomas refused his daughter’s offer and the help of a security team.

For more on Meghan’s family drama and new life in L.A., watch the video above and pick up the latest issue of Us Weekly, on newsstands now.

Listen To This: Strawberry Fields!