Not even COVID’s 2nd wave or a partial lockdown in Germany could stop “Matrix 4” stars from celebrating the end of filming … but they tried to keep it on the DL.

The wrap party went down Wednesday in Babelsberg, Germany on a film studio stage, and they reportedly had a cover story — filming a party scene for the movie — and a code name … “Ice Cream Team Event.”

The party included around 200 guests who took rapid COVID tests, and were handed masks. But, as you can see from the pics and vid … most took off their masks once inside. It’s unclear if any of the big stars — Keanu Reeves, Jada Pinkett Smith or Priyanka Chopra — attended the party. 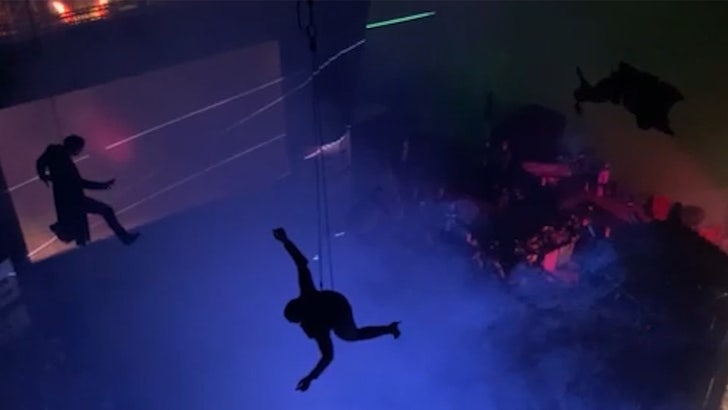 As for that cover story — you can see there were NO movie cameras filming inside the event — but there were pyrotechnics and performers hanging from cables to entertain the cast and crew.

“Matrix 4” production moved to Germany back in March when the pandemic hit and was temporarily forced to pause production there as the global health crisis worsened. The release date was also pushed back from May 2021 to April 2022.