Home » Celebrities » Kim Kardashian: Kanye’s Full of Crap! We Are DEFINITELY Getting Divorced! 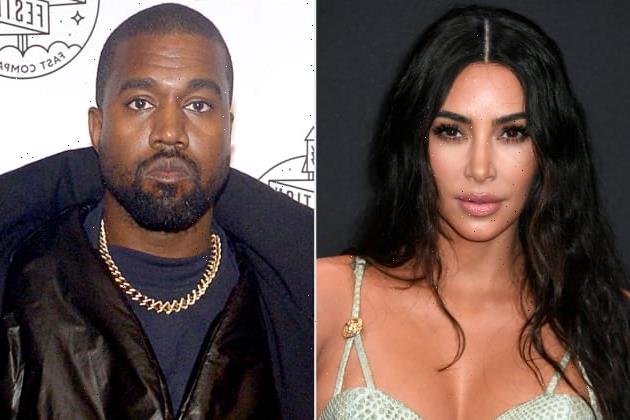 Kim Kardashian: Kanye’s Full of Crap! We Are DEFINITELY Getting Divorced!

It’s not uncommon for Kanye West to say things that lead us to believe he’s lost touch with reality.

Usually, when the rapper starts spewing nonsense, it’s easy to dismiss what he says as the ramblings of a man who’s been driven insane by the size of his own ego.

But occasionally, Kanye makes just enough sense that we’re forced to consider the possibility that he might be right.

Take West’s recent remarks about his divorce from Kim Kardashian, for example.

It all started when Kim hosted Saturday Night Live and made casual reference to the fact that her marriage has come to an end.

Kanye was silent on the matter for over a month, but last week, he finally addressed Kim’s claims in an interview.

“SNL making my wife say ‘I divorced him’ on TV because they just wanted to get that bar off, and I ain’t never even seen the papers. We’re not even divorced,” West told hosts N.O.R.E. and DJ EFN on the “Drink Champs” podcast.

“That ain’t no joke to me. My kids want their parents to stay together. I want us to be together.”

Fans were baffled by the comment, as previous reports indicated that Kim filed for divorce back in February.

We’ve heard numerous updates about Kim and Kanye dividing their assets, and insiders say the couple has already reached an agreement regarding their $60 million mansion in Hidden Hills, California.

So how is it possible that Kanye hasn’t been served with papers?

Well, according to multiple sources, Yeezy was flat-out lying on that score.

“You better bet he’s going to get those papers fast,” the insider added.

A separate source told E! News that Kim and Kanye’s marriage is definitely over, and Kim was surprised to learn that Kanye had claimed otherwise.

“There’s no chance for reconciliation at this point,” said the insider.

“She knows he has his feelings and doesn’t hold back on sharing them,” the source continued.

Recent weeks have made it abundantly clear that Kim considers herself to be 100 percent single.

The mother of four is rumored to be dating Pate Davidson, whom she met on the set of SNL, and she’s been making no effort to conceal her happiness.

But apparently, Kanye is at the opposite end of the emotional spectrum.

E!’s source says the rapper is still hoping to rescue his marriage, and he believes that he and Kim eventually will wind up together.

“Kanye has made it very clear he doesn’t want to get divorced and wants her to reconsider,” says the insider.

“Kanye is still hoping Kim changes her mind but she’s not interested in getting back together.”

Unfortunately for ‘Ye, Kim is thoroughly enjoying her newfound freedom, and it seems that Kanye is the only one who has any interest in giving the marriage another chance.

“She’s loving this time in her life and is having a lot of fun,” says the source.

It sounds like Kanye has joined the growing club of men who are still hung up on Kardashian women, despite the fact that those women have very much moved on.

Hopefully he and Scott Disick are supporting one another through this difficult time.