Home » Celebrities » Jadakiss Responds to Tyler, The Creator Revealing a Crush on Him: ‘I Like’ Him 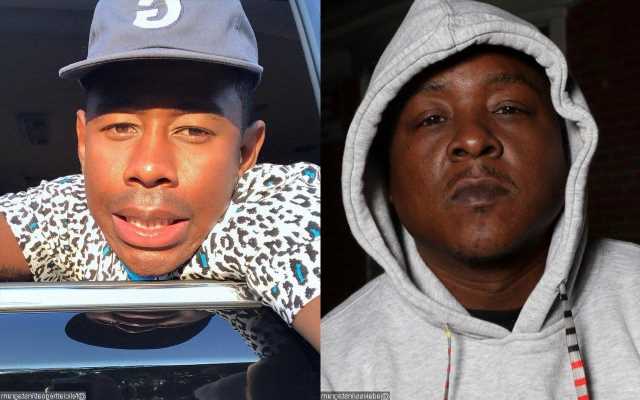 Jadakiss Responds to Tyler, The Creator Revealing a Crush on Him: ‘I Like’ Him

Though many social media users reacted harshly to the Odd Future co-founder’s public confession, The LOX’s former member says he ‘didn’t take it as disrespect.’

AceShowbiz –Jadakiss has responded to Tyler, The Creator‘s lust. After the latter publicly declared that he is physically attracted to the former, the Yonkers native has returned the favor by gushing over the younger musician.

Jadakiss, whose real name is Jason Terrance Phillips, quickly explained though, “That just means that he tapped into our frequency and he loved ‘Verzuz’.” While many slammed Tyler for lusting after the straight rapper, Jadakiss noted, “I didn’t take it as disrespect,” before praising his junior rapper, “He’s very talented, very smart.”

Tyler was in awe of Jadakiss while watching The LOX’s “Verzuz” battle with Dispet on August 3. Weighing in on the 46-year-old’s performance, the 30-year-old star left comments during the livestream.

“JADAKISS SKIN IS SO NICE,” he gushed. Further sharing his fondness for Jadakiss, Tyler wrote, “pause I think I gotta crush on jadakiss that n***a confidence and voice control is crazy and he aged well wheesh.”

While Tyler meant no harm with his comments on Jadakiss, some people accused him of being disrespectful for lusting after a straight man. “I feel like some gay men have no respect for straight men sexuality !!!! How you want straight men to respect your sexuality but you don’t respect theirs? Definitely disrespectful,” one wrote. Another simply remarked, “Wow that’s disrespectful.”

Elsewhere in the new interview, Jadakiss shot down ghostwriting rumors that he penned Ma$e‘s verse on “Horse & Carriage”, the Notorious B.I.G.‘s rhymes on 112’s “Only You”, Biggie and P. Diddy‘s verses on “Mo Money, Mo Problems” and Jennifer Lopez‘s song “Jenny on the Block”. “All of them are the most wrongly as they can be,” he set things straight. “Nowhere next to close.”

Doctor reveals why women should NEVER pee in the shower
Entertainment