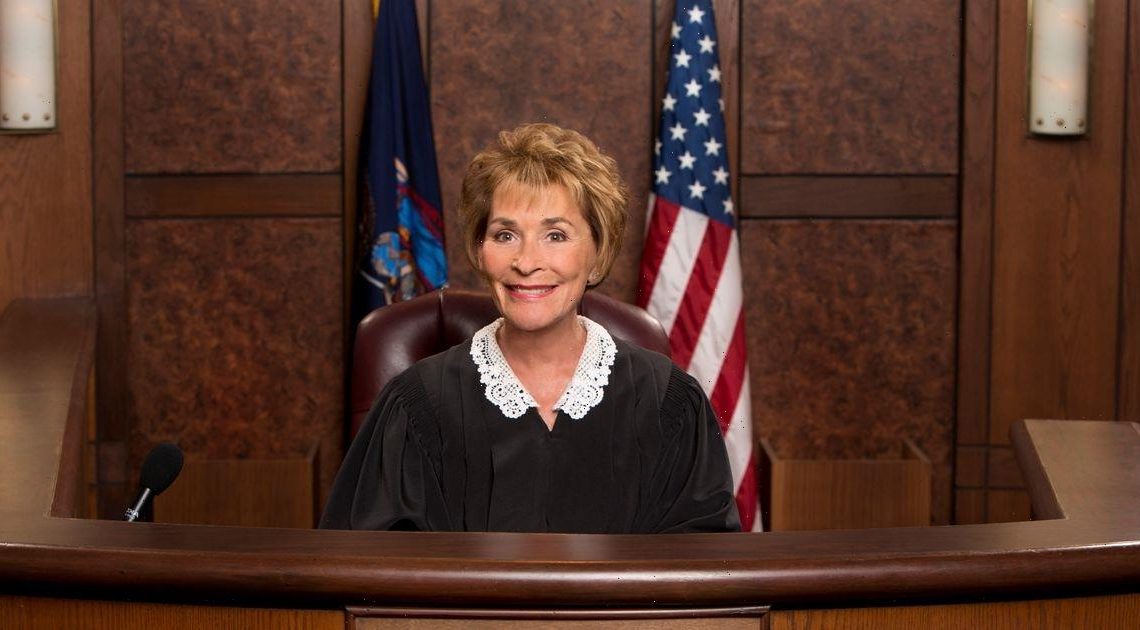 TV's iconic Judge Judy Sheindlin looked unrecognisable as she ditched her trademark legal gowns for a casual outfit of jeans and top on Monday.

The 80-year-old was photographed alongside her husband Jerry, as the pair left a restaurant in Los Angeles.

Judy glowed as she left the venue, having gained a tan after a luxurious holiday in the Bahamas with family and friends.

The trip to Musha Cay was to celebrate the judge’s landmark birthday and take much-needed break after being a staple of US TV for over two decades.

Beginning in 1996, Judy has starred in 25 seasons of Judge Judy with the show’s final episode airing last year.

Having be a fixture of American life for so long, it was understandable that fans were quick to point out how different the judge looked from her early days on TV.

Wearing a long-sleeve top tee teamed with a pair of dark-wash jeans, the reality star completed the look with a chic leather belt and matching handbag.

Her husband Jerry also looked dapper, as he wore a classic buttoned-down black shirt and matching jeans. The pair perfectly complimented each other, as they left the LA hotspot.

Speaking about her luxurious break, Judy has said: "One could not have a better birthday than surrounded by the people you love who love you in an idyllic and unspoiled place."

The holiday comes just as it was announced that Judy will be starring in a new series, Tribunal, on Amazon’s Freevee service.

The show will see Judy joined by two other judges as they pass oversee real-life cases.

Having earned an estimated $47 million (£39m) per year from Judge Judy, you’d think the US arbitrator would have wanted to retire from television.

Instead, Judy is the creator and is even an executive producer of the new series.

It also seems that Judy is also not finished with passing judgement outside of the TV courtroom either.

The 80 year old previously lived next door to singer Justin Bieber, who constantly avoided her following his drink driving arrest back in 2014.

The Baby singer even resorted “paying door staff” to ensure he would not come face to face with the judge.

Justin was Judy’s neighbour when he lived at the Montage Hotel in Beverly Hills, with both celebs having apartments in the luxury building.

Following his arrest, Judy did not mince her words labelling the then 19 year old Justin “sad” and “foolish”, telling press that the artist needed to grow up.

In an interview about the Baby singer, Judy said: “…he's doing a very good job of making a fool out of himself. …And nobody's going to remember that he was a marginal singer.”

Years later, the Judge would make light of Justin avoiding her in an interview with Access Hollywood.

"I understood that he was paying the front door people to let them know when I was there, coming and going, so he wouldn't have to bump into me."

Princess Madeline of Sweden shares snap of children on Thanksgiving