Helen Skelton: Countryfile host speaks out on dealing with ‘drama’ at home ‘My head hurts’

Helen Skelton, 36, is currently renovating her home, and she told her 191,000 followers that her “head hurts” following a decision over her sons’ bedroom. The stressed star asked her followers for help on how she would get her two young children to sleep in one room.

She wrote alongside a video of the boys’ bedroom: “My head hurts…where would you put two boys in here…Bunk Beds…A Den…A Swing…”

In a second clip on her story, Helen gave viewers a tour of the vast space.

She pointed at a corner of the room and explained: “That used to be a window into the loft, but we took the ceiling out and blocked that up.” 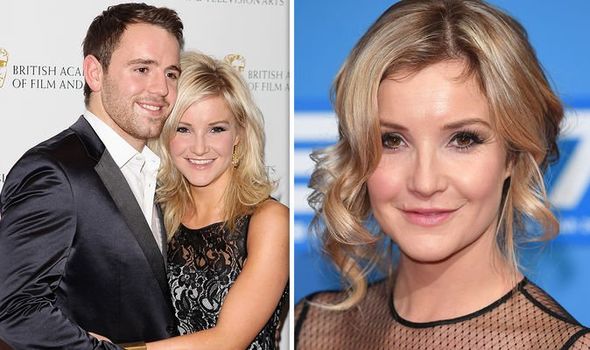 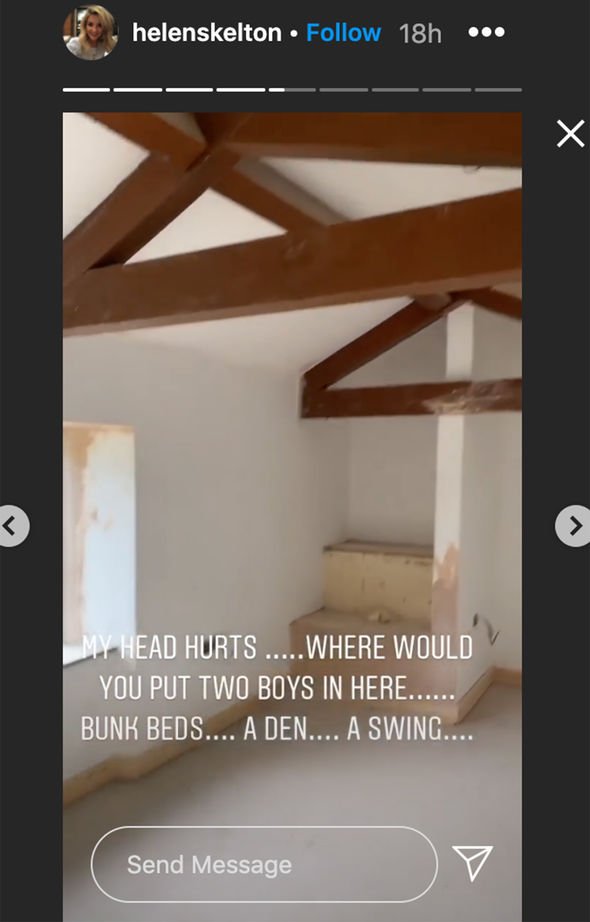 “I wanted a slide from there into the living room, but I was told that’s ridiculous,” she said.

“So I now want something fun instead of a slide to the living room that’s equally as fun.”

The presenter shares her 1850s Yorkshire cottage with husband Richie Myler, 30, and their two sons Ernie and Louis.

On social media, she has kept followers entertained, demonstrating how she is turning the sweet cottage into their forever home. 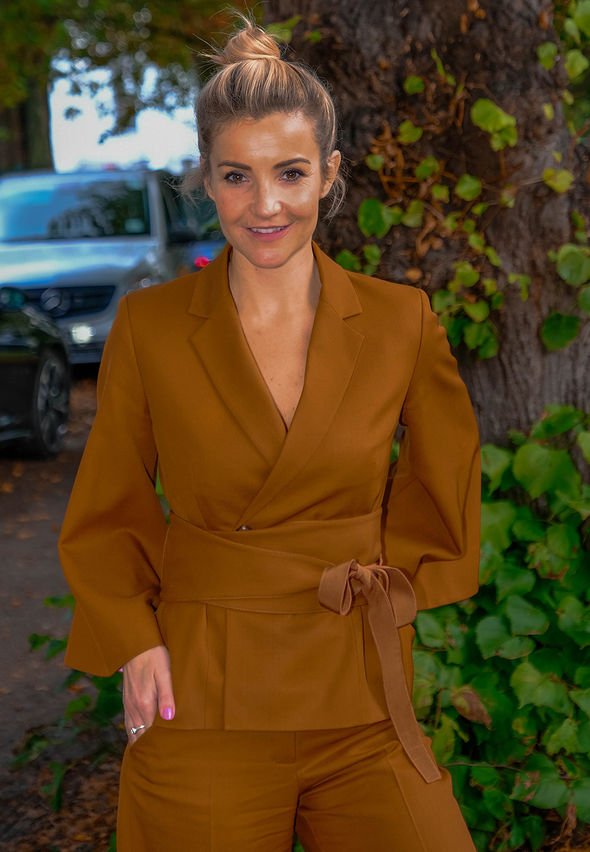 Hands up if you love a freshly plastered wall…… what’s that I need to get a life you say….. #reno #house #home #project #livingroomideas

In a post uploaded to her main feed, Helen wrote: “Hands up if you love a freshly plastered wall…… what’s that I need to get a life you say….. #reno #house #home project #livingroomideas.”

Helen and Richie wed seven years ago at Kirkby Thore’s St Michael’s church in her childhood village, near Penrith.

Back in 2015, Helen moved to France, as Richie, a rugby player, joined the Catalans Dragons.

They moved back to the UK two years later when he was signed to Leeds Rhinos.

Back in May, Helen opened up on the difficulty of juggling work and home commitments.

The television presenter attempted a radio interview while supervising her two young children.

After juggling the two roles, the presenter told her 165,000 followers she had “so much respect” for anyone who works from home.

Helen wrote: “If you work from home I have so much respect for you.

“Why do we think we can do two things at once?” She questioned.

The mum of two has been continuing to host her BBC Radio 5 show and shared how she had attempted to keep her children entertained.

She explained to listeners: “The two things I tried to do today were teach my four-year-old to inline skate, whilst interviewing an idol for the radio.”