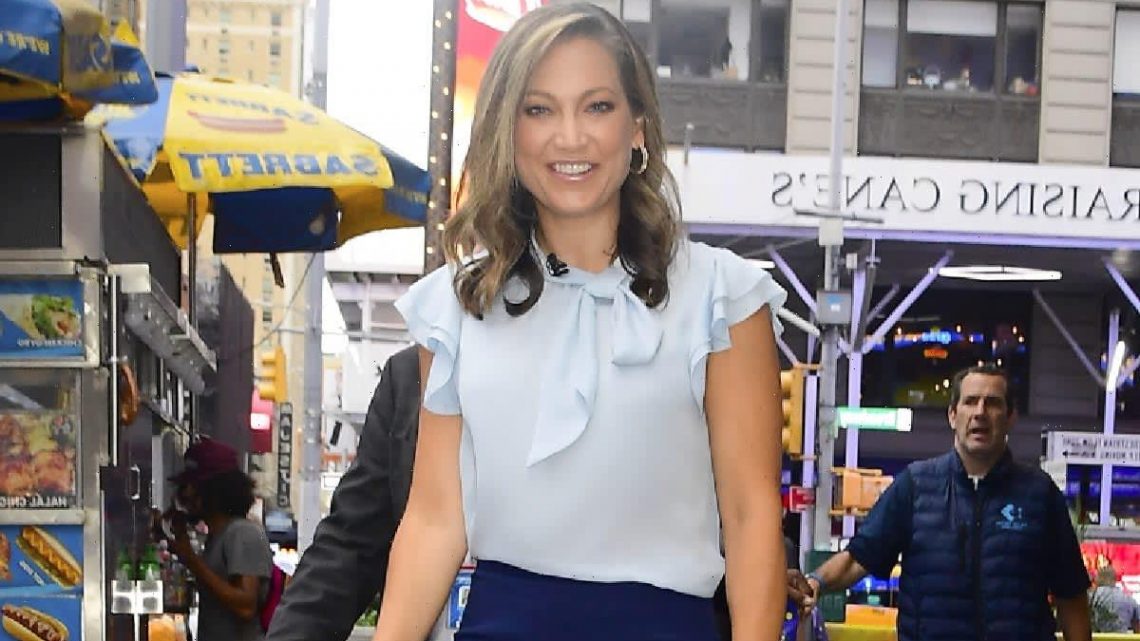 New hair, who dis? Ginger Zee showed off a new hairstyle at a Halloween party on Saturday that was a far cry from her usual look on Good Morning America.

MORE: GMA‘s Ginger Zee supported by husband Ben Aaron as she makes emotional health confession: ‘I’m not there yet’

The meteorologist, 41, rocked a choppy blonde wig and a sheer black top as she hosted the celebration along with her husband, Ben Aaron, for friends and colleagues.

Ginger was spotted in her sexy outfit in a photo posted on Instagram by Tracy Wholf, coordinating producer of the climate unit at ABC. “Happy Halloween from the barnyard, to the rock stage, and finally the pitch,” Wholf wrote.

The ABC News personality was also spotted dancing to Michael Jackson‘s “Thriller” along with the partygoers, and Ben, 41, who’s a reporter for PIX11 Morning News, teased that viewers will get to see what happens when the PIX11 crew “gets together after dark” on Monday. 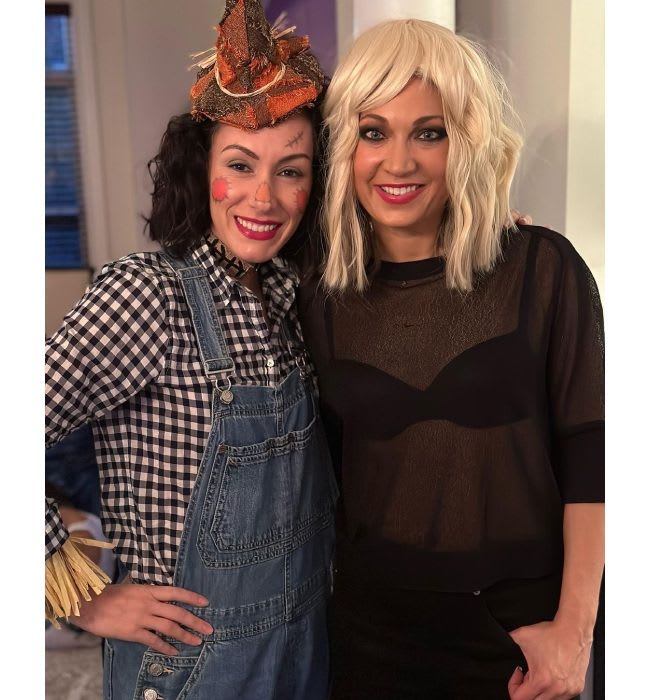 Ginger looks amazing as a blonde!

Ginger, who competed on Dancing With the Stars in 2016 and placed third with partner Val Chmerkovskiy, appeared to have no trouble with the choreography.

“I started dancing to Thriller when I was 2 years old,” Ben captioned an Instagram video showing him and his troop practicing the moves to the iconic dance with instructor Robert Taylor Jr. “It took 40 more years for me to actually learn it. This is Thriller!”

They weren’t the only Halloween thrills for Ginger — on Saturday she shared a video on Instagram that showed how Ben tried to scare her with an image of a scary face looking at her through her window.

“Have I ever mentioned how much @benaarontv likes Halloween?” she captioned the clip that showed her grimacing while wearing undereye patches. “I leave home VERY early… and this is what I see when I’m filling my water for the day ??? #halloween #scary #husband.”

“Payback for the snoring,” Ben commented on her post, referring to Ginger’s bedtime habit, which he’s teased her about in the past.

The GMA star revealed in April 2021 that she’d been diagnosed with narcolepsy, which the Mayo Clinic classifies as “a chronic sleep disorder that is characterized by overwhelming daytime drowsiness and sudden attacks of sleep.”

Newlyweds, a boys trip and Jennifer Coolidge: Who’s who in The White Lotus season two?

Ditch your knife and fork, we should all be eating with our hands
Entertainment