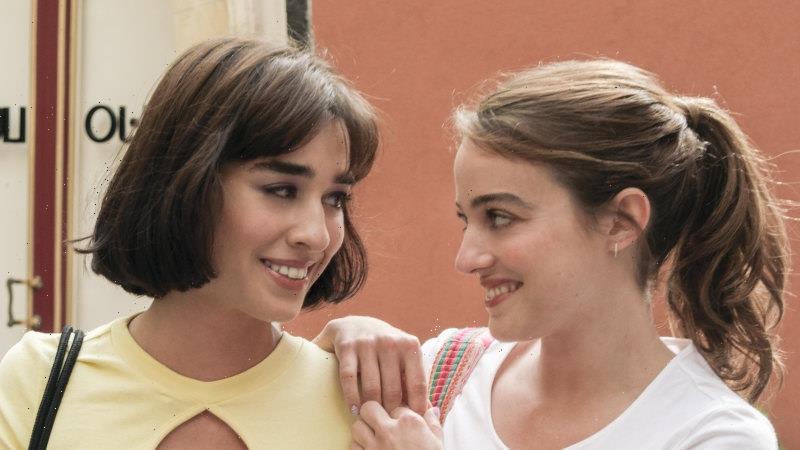 Newlyweds, a boys trip and Jennifer Coolidge: Who’s who in The White Lotus season two?

When people talk about the joys of travelling overseas, they typically rattle off points that make them sound more worldly: “sampling local foods”, “experiencing new cultures” or “exploring foreign towns”. But if we’re being honest with ourselves, one of the true upsides to travelling is meeting, and subsequently judging, other holidaymakers.

Travelling is people-watching on steroids, and it’s this internalised voyeurism that played a large part in the success of The White Lotus. Season one introduced us to an awful cast of awfully rich travellers, and we revelled in dissecting the dynamics between groups. It was a breakout hit, and while creator Mike White originally wrote it as a one-off limited series, the show’s success created a demand for more. 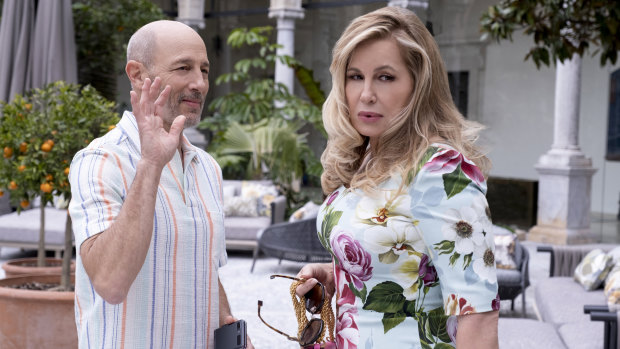 Coolidge’s character Tanya and Greg (Jon Gries) return as a married couple holidaying in Italy in the new season of The White Lotus.Credit:HBO/Binge

Season two sees The White Lotus swap Hawaii for Sicily, with a (mostly) new cast of detestable yet compelling characters ready to check-in.

She stole the show in season one (and picked up an Emmy for her efforts), so perhaps it makes sense that Jennifer Coolidge is the only familiar face from The White Lotus: Hawaii. Tanya is freshly married to Greg (Jon Gries), the guy with the aggressive cough she met in season one. Despite having found her happily ever after, Tanya doesn’t seem to be happy at all. She remains self-absorbed and insecure, while her new husband appears resentful of his situation. Much to Greg’s dismay, Tanya has brought her personal assistant Portia (Haley Lu Richardson) along as moral support. 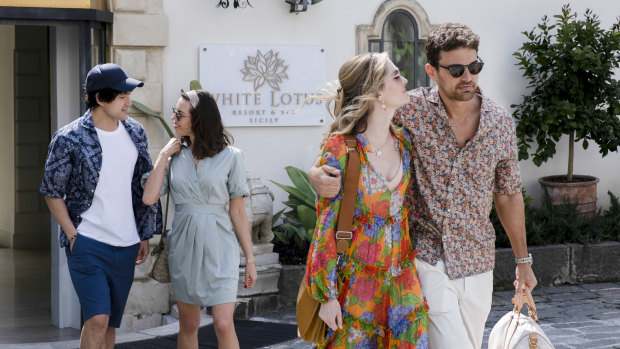 They say comparison is the thief of joy, which certainly seems to be the case for the two couples travelling together in The White Lotus. Harper (Aubrey Plaza) and Ethan (Will Sharpe) are disconnected; Ethan has just made a fortune thanks to his tech company, but he’s addicted to the job, while Harper seems unimpressed and unenthused by everything and everyone.

They’ve been invited to Sicily by Cameron (Theo James), Ethan’s obnoxious college roommate. On the surface, Cameron has the picture-perfect life, a Stepford wife in Daphne (Meghann Fahy) and not an ounce of body fat. But nothing is ever as it seems in The White Lotus, and cracks begin to appear before long. 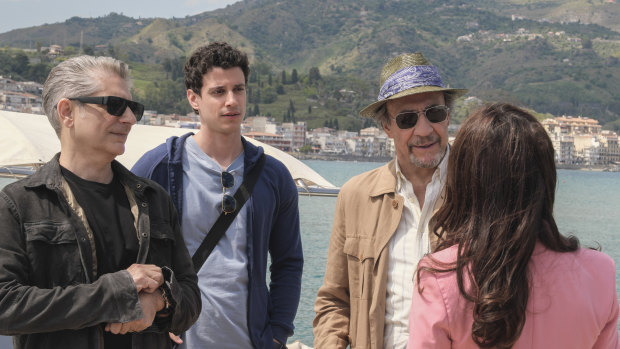 There’s nothing like a bit of generational animosity to spice things up on a family holiday. Three generations of Di Grasso men – grandfather, father and son – have checked into The White Lotus with a plan to reconnect with their Sicilian roots. But it’s clear each is preoccupied with their own issues: Dominic (Michael Imperioli) has been turfed out by his wife after a string of affairs; his son Albie (Adam DiMarco) only agreed to join his father on holiday because he’s a confessed “peacemaker”, while Dominic’s smarmy father Bert (F. Murray Abraham) is trying (and failing) to come to grips with getting older. The three men become a vehicle for a commentary on the changing idea of masculinity, noticeably “woke” Abie becoming increasingly disgusted with the lecherous behaviour of his father and grandfather. 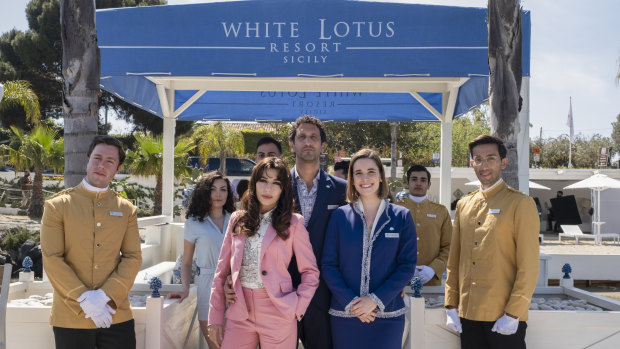 Valentina (Sabrina Impacciatore, in pink) is the new Armond in season two of The White Lotus.Credit:HBO/Binge

Taking over the role of White Lotus hotel manager this season, Sabrina Impacciatore’s Valentina. While replacing Armond is a big ask (Australian Murray Bartlett was a deserved Emmy winner), Valentina brings her own version of smouldering frustration to the role.

From the moment she meets hotel guests at the local port, you can spot her disdain for the privileged outsiders treating her hometown like a playground. 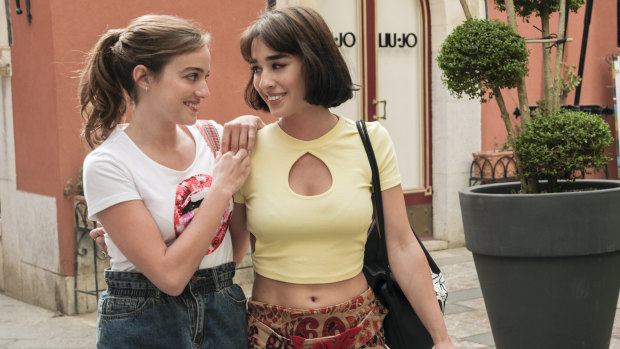 Beatrice Granno as Mia and Simona Tabasco as Lucia in The White Lotus.Credit:HBO/Binge

The locals: Lucia and Mia

Lucia and Mia represent the eternal thorn in Valentina’s side, two local girls who are doing their best to catch the eye of The White Lotus’ wealthy clientele. Sex is the beating heart of this season; who’s having it, who’s craving it and who’s paying for it?

Lucia (Simona Tabasco) is an escort who finds herself entangled with Michael Imperioli’s Dominic, but it doesn’t take long for other male suitors to become enraptured with her. Mia (Beatrice Granno) has grand plans to become a musician but often finds herself led astray by Lucia’s promise of easy money.

The White Lotus is on Binge from October 31.