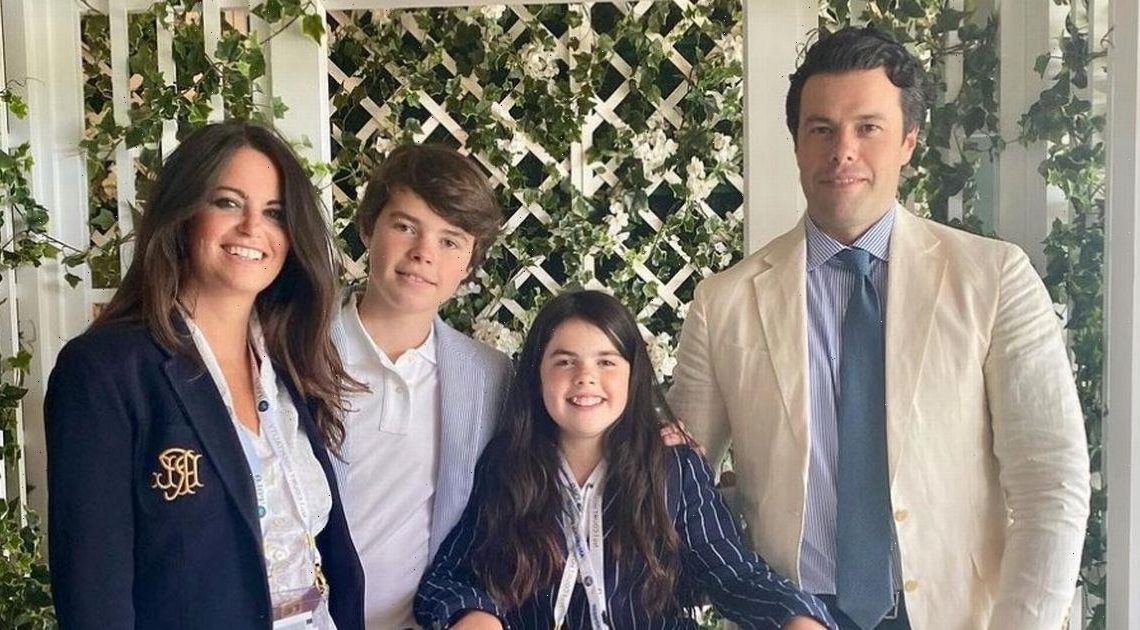 Dame Deborah James has died at the age of 40, after her five-year battle with bowel cancer.

Announcing her death, her family said in a devastating statement shared to her Instagram on 28 June: "Dame Deborah James.

"We are deeply saddened to announce the death of Dame Deborah James; the most amazing wife, daughter, sister, mummy. Deborah passed away peacefully today, surrounded by her family.

"Deborah, who many of you will know as Bowelbabe, was an inspiration and we are incredibly proud of her and her work and commitment to charitable campaigning, fundraising and her endless efforts to raise awareness of cancer that touched so many lives."

The statement continued: "Deborah shared her experience with the world to raise awareness, break down barriers, challenge taboos and change the conversation around cancer. Even in her most challenging moments, her determination to raise money and awareness was inspiring."

Her family thanked Deborah's many fans and friends for their endless support as they shared: "We thank you for giving us time in private as a family, and we look forward to continuing Deborah’s legacy long into the future through the @bowelbabefund Thank you for playing your part in her journey, you are all incredible."

Sharing a brief note from Deborah herself, with her permission, prior to her death, they added: "And a few final things from Deborah…“find a life worth enjoying; take risks; love deeply; have no regrets; and always, always have rebellious hope. And finally, check your poo – it could just save your life.” x (Shared with Deborah’s permission)". She is survived by her husband, Sebastian Bowen, and their two children, Hugo, 14 and Eloise, 12.

The journalist and broadcaster, who went by the nickname "bowel babe", devastatingly announced on 9 May that she had moved to end-of-life care. She explained that despite all of her treatments, her body just wasn’t “playing ball”, and that she was receiving hospice care at her parents' house.

Since that post, Deborah has raised a staggering £6.7million for cancer research through her JustGiving page and another £1million through her In The Style range. She's also been made a Dame and announced the release of a new book, How to Live When You Could be Dead, which went to number one in the Amazon best sellers list.

The former schoolteacher and BBC podcast host was first diagnosed with stage three bowel cancer in 2016 at the age of 35, before the disease sadly went on to become stage four.

After her diagnosis, Deborah created the Bowel Babe platform to bring awareness to the disease and raise money for cancer research. The mum-of-two initially hoped to raise £250,000 but in just a few days, the figure topped £1.5m. In less than a week, the total raised hit a whooping £6.7m.