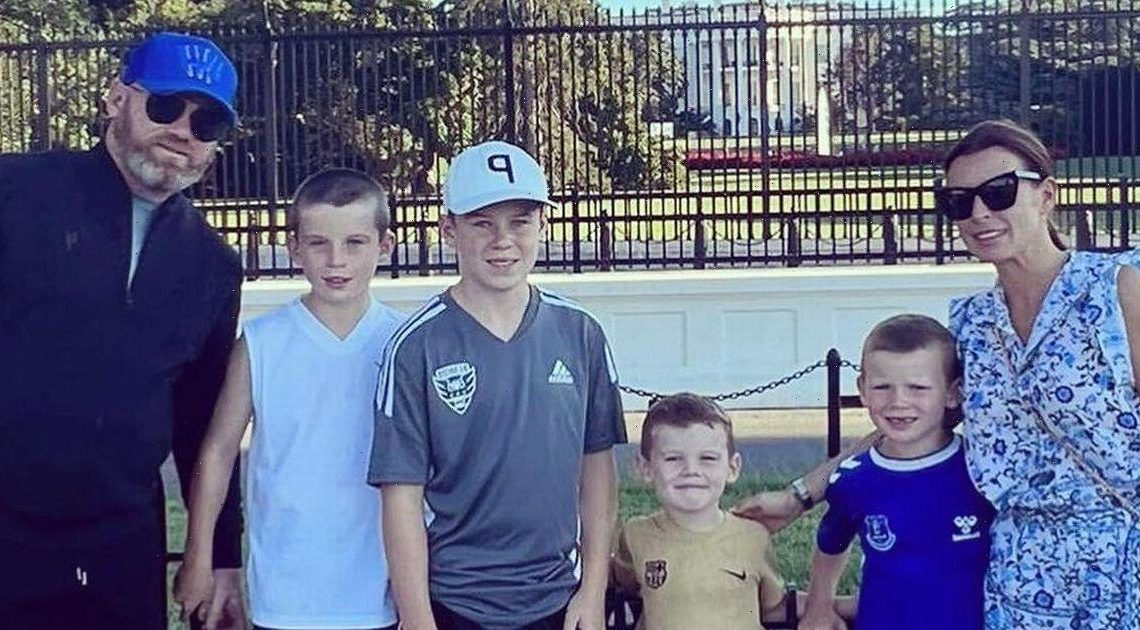 Coleen Rooney and Wayne Rooney have sold their five bedroom Cheshire home for £3.7million – to upgrade to a £20m mansion.

The move comes after Coleen signed a multi-million pound deal with Disney+ for a tell-all Wagatha Christie documentary – with some reports suggesting she will out earn footballer Wayne.

The couple built their former family home to their own specification after buying a plot of land for £1.5million in 2005. Land Registry documents state the property was sold for £3.7million.

While the Rooneys will certainly have made memories in their former pad, it's fair to say their new place has everything they could possibly need.

"They were sad to sell it but their new house is so amazing they had no reason to keep it," a source told The Sun.

Their new home, which is known as the 'Morrisons mansion' after being compared to a supermarket building, is located behind a lake.

It's also sitting on the pathway to Manchester Airport and is surrounded by 40 acres of countryside.

A neighbour told Mail Online: "It has been fairly quiet in the skies above their home because of the pandemic and lesser planes flying about.

"But I think they are going to be at their wits end when the holiday season arrives and if things are back to normal. The planes are in swarms each hour usually."

Coleen and the professional football manager and former pro footballer have been married since 2008, and share sons Kai, 12, Klay, nine, Kit, five, and Cass, four.

Speaking about how he and Coleen met at 12 years old, Wayne told Ben Shepherd on ITV's Good Morning Britain recently: "I knew when I met her from a young age I wanted to marry her. I told her when I was about 12.

"There was something about her which I just adored."

He also revealed he writes poems for his wife.

Wayne said: "When we go to bed I'd leave one on the breakfast table for her for when she wakes up."