Prince Edward and Sophie Rhys-Jones announced their engagement in 1999 after several years of dating, and Sophie debuted a stunning diamond ring to the press at her engagement photocall. Sophie, Countess of Wessex’s ring is classic in design, and it echoes the famous engagement rings owned by the Queen and Meghan Markle.

Sophie and Edward’s engagement marked the last of a generation, and the Queen and Prince Philip were delighted that their youngest child would tie the knot.

A statement from the palace at the time read: “The Queen and the Duke of Edinburgh are delighted to announce the engagement of their youngest son, Prince Edward, to Miss Sophie Rhys-Jones.

“The couple sought the permission of their respective parents between Christmas and the New Year. Both families are thrilled at the news.”

But there are similarities between Sophie’s ring and the sparklers belonging to the Queen and Meghan Markle which are worth £205,000 and £140,000 respectively. 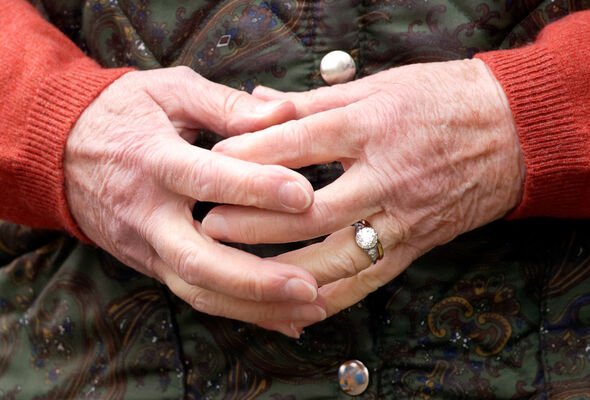 The Queen’s engagement ring features a large central stone adorned with diamond clusters either side, and it has a particularly romantic background.

“Prince Phillip realised he didn’t have the money to buy a fitting engagement ring for Her Majesty, so turned to his mother who donated a beautiful three-carat centre diamond from her own collection.”

With its similar design, Sophie’s engagement ring can be seen as a touching tribute to the Queen and Prince Philip.

And Sophie’s ring style was embraced by the next generation of royals when Meghan Markle debuted her stunning trilogy engagement ring in 2017.

The expert from Nightingale added: “Prince Harry gets bonus points from us because he sourced an ethical five-carat diamond from Botswana.

“The side stones are taken from Princess Diana’s personal collection.”

In recent years, Meghan has added extra sparkle to her magnificent ring with the addition of a diamond pave band and extra diamonds skimming the main stones.

DON’T MISS:
Newsnight producer: ‘The Queen has a blind spot for Prince Andrew’ [INSIGHT]
Queen ‘waiting for the next nuclear bomb’ with Meghan and Harry [ANALYSIS]
Expert weighs in on chances for Queen to hand power to Prince Charles [EXPERT] 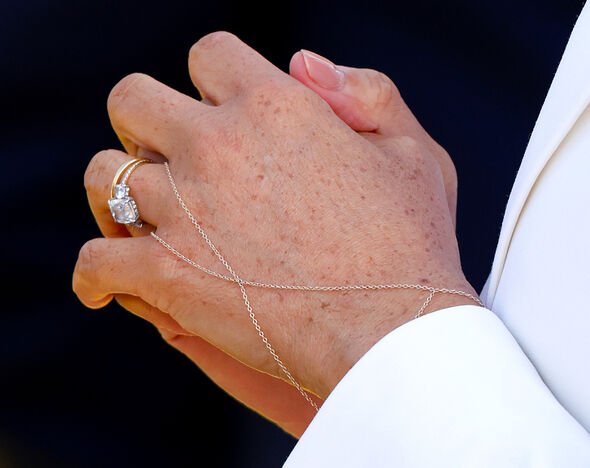 While Sophie’s engagement ring looks most like the Queen and Meghan Markle’s, there are also links between Sophie’s ring and another famous royal ring.

The stunning 12-carat oval sapphire and diamond cluster ring was actually featured in the Garrard catalogue at the time, and Diana adored it for its royal blue hue that matched her eyes.

The iconic ring has belonged to Kate Middleton for more than a decade since Prince William proposed to her with it during a trip to Kenya in 2010.