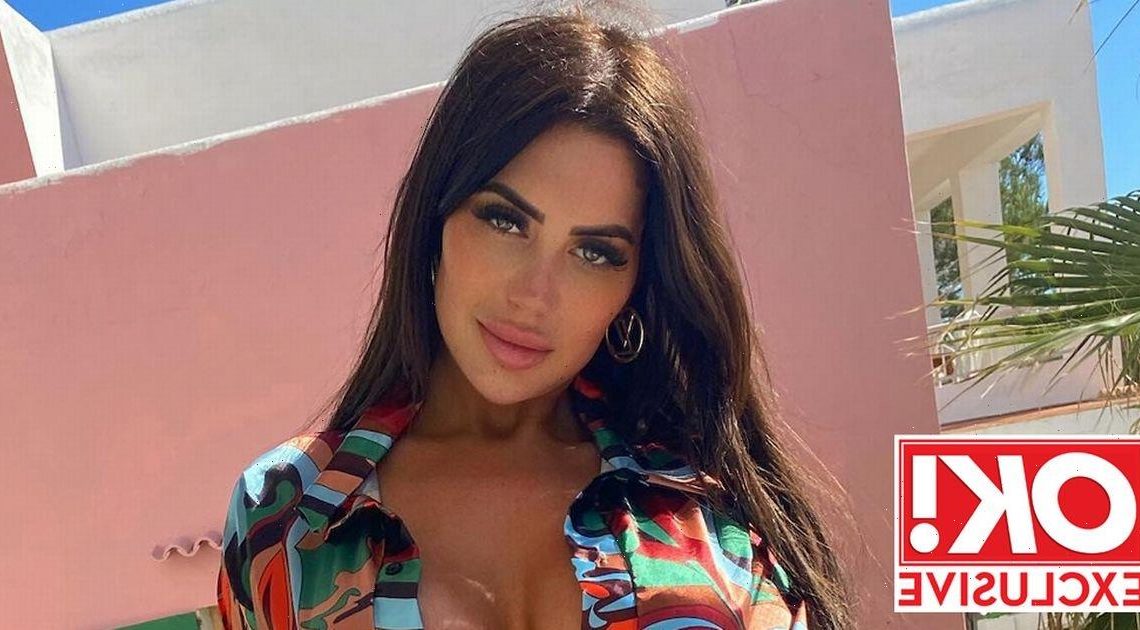 Chloe Ferry has revealed why she wasn't in attendance at Holly Hagan’s star-studded nuptials in Ibiza.

Holly, 29, tied the knot with long-time beau Jacob Blyth, also 29, earlier this month on the sunny Balearic island – you can see the exclusive wedding album here.

However, one person fans were quick to spot was missing was Chloe, 26, who joined the highly popular reality TV show back in 2015.

With her absence in mind, people were quick to presume that the pair had fallen out but Chloe’s since explained why she wasn’t there.

Squashing any reports of bad blood between her and Holly, Chloe continued: “Obviously I spoke to her to wish her well, but I was on a family holiday that was already planned.”

The reality TV star said that they had to keep putting the trip back as a result of the pandemic.

“It’s good that things are back to normal so that people can go enjoy the sun and stuff now, and that they're able to fly to places,” Chloe added.

Speaking about her other Geordie Shore co-stars, Chloe revealed that she was set to meet Marnie Simpson’s newest addition yesterday and said that she was “excited” to see him.

After going out for food with Marnie and Casey, the trio went to Charlotte Crosby’s baby gender reveal party, where it was announced that Charlotte and her beau Jake Ankers are expecting a little girl.

While Marnie correctly predicted that Charlotte’s having a little girl, Chloe couldn’t even attempt a guess and insisted that she was just “waiting for the [party]”.

As to what she thought Charlotte wanted, Chloe said: “I think she’ll be happy with a boy or a girl to be honest.”

“I’m so happy for her,” Chloe went on. “The gender reveal is going to be so good.”

Sharing her favourite part of a gender reveal, she continued: “I love the cake. There’s always good cake isn’t there?"