The post read: “After the recording of today’s programme, we spoke with Alan’s family who shared the sad news of his passing.

“Everyone at Tipping Point would like to extend their sincerest sympathies #TippingPoint.”

Ben took the opportunity to offer his heartfelt condolences as he issued a message of his own.

In view of his 761,000 Twitter followers, he re-shared a candid snap of all contestants on the day of the show’s recording. 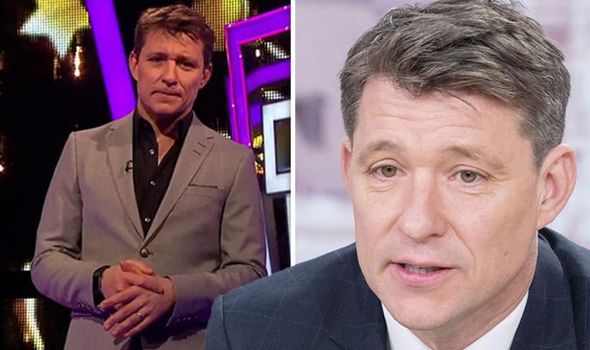 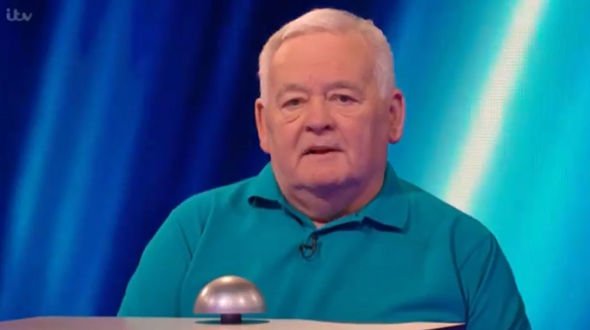 Ben wrote: “We were so very sad to hear about Alan’s passing, he was such a gent and great fun on Tipping Point.

“I know the family were keen that his episode could be enjoyed by everyone as much as he enjoyed being a part of it!

“My deepest sympathies to Alan’s wife and their family.” 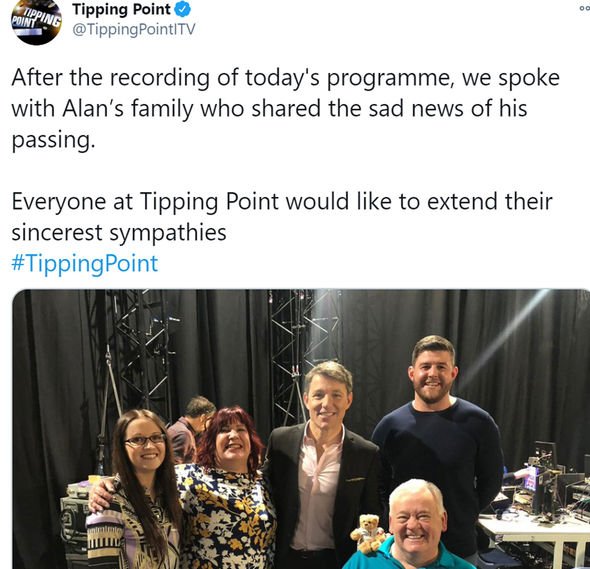 One person penned: “Sad news, thoughts and prayers to Alan’s family and friends.”

“So sorry to read this news… thoughts to his family,” another person commented.

A third person typed: “Sad news, condolences to the family.”

While a fourth person added: “RIP. Very sad to hear.” 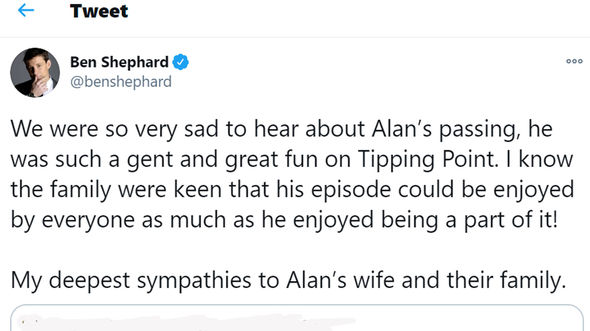 Following the news of Alan’s death, the family agreed to his episode being aired.

The cause of Alan’s death has not been released.

The TV presenter took to Instagram as the couple headed out for a walk together – but he admitted his partner was less than impressed with his decision to take a selfie.

“‘Will you stop taking flipping pictures!!’ We found a bit of blue sky, got out for a walk, and blew out a few cobwebs. The perfect prep for Sunday at the Masters!! Who’s watching??? Can anyone catch DJ? #masters,” Ben captioned the image.

Ben and Annie have been married for 16 years.

The couple tied the knot at Burgh Island Hotel on 25 March 2004, following a nine-year relationship.

YouTuber Jake Paul Says COVID-19 Is a 'Hoax,' Calls for US to 'Open Up'