Home » Celebrities » YouTuber Jake Paul Says COVID-19 Is a 'Hoax,' Calls for US to 'Open Up' YouTuber Jake Paul Says COVID-19 Is a 'Hoax,' Calls for US to 'Open Up'

Paul compares the pandemic to the flu and urges the U.S. to “open up” 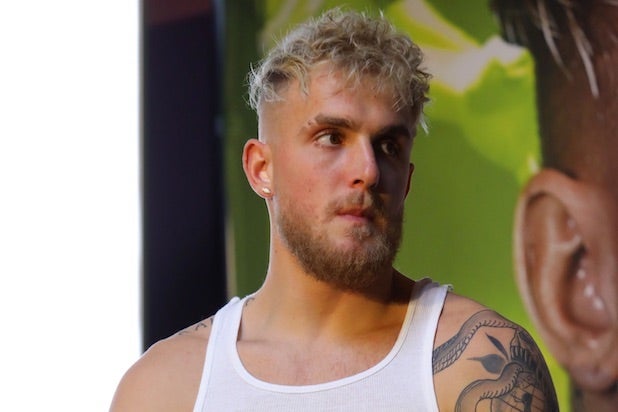 YouTuber-turned-boxer Jake Paul said Wednesday he believes COVID-19 is “a hoax.” Paul’s comment on the virus, which has sparked a global pandemic and killed more than 250,000 Americans, came during an interview with The Daily Beast.

Paul said it’s a “controversial subject” but he believes the country needs to “open up and go back to normal.” The 23-year-old, when pressed if he really believed it was time to move away from lockdowns, said he was “100%” certain, before expanding on his stance.

“There are people losing jobs, there are small businesses who are going bankrupt, there are millions of people who are unemployed right now, people are turning to alcohol and drugs to cope with everything that’s going on. This is the most detrimental thing to our society,” Paul said. “COVID cases are at less than 1%, and I think the disease is a hoax.”

Paul continued: “…You know, 98% of news is fake, so how do we know what’s actually real, and what we’re actually supposed to do?”

On Tuesday, CBS 2 in Los Angeles, where Paul lives, reported the positivity rate for Los Angeles County has hovered between 9 and 10% for the last few weeks.

When interviewer Marlow Stern pointed out the virus has killed approximately 260,000 Americans, Paul said “so has the flu” — a comment Stern also pushed back on.

Back in July, Calabasas Mayor Alicia Weintraub said she was “outraged” at Paul, after the YouTuber threw a large, all-day party at his home.

“I don’t know what to think of it, to be honest. I don’t think anyone really does,” Paul later told Business Insider about COVID-19. “No one has answers, our leadership is failing us, and everyone kind of just doesn’t know what to do. But I personally am not the type of person who’s gonna sit around and not live my life.”

Paul, who rose to fame on YouTube, where he now has more than 20 million subscribers, is set to box former NBA player Nate Robinson on Saturday.