Erika Girardi is in some hot water as of late, and unfortunately for her, it’s not a jacuzzi.  As fans know, the singer first stepped onto the scene in the reality TV world on the Bravo hit, “The Real Housewives of Beverly Hills.” While she certainly made her mark on the show and gained plenty of fans, most of her appearances on the series were solo and not with her (now-estranged) husband, Tom Girardi.

Things took a turn for the worst for the couple in December 2020 when a lawsuit alleged that they used settlement funds from the 2018 Lion Air plane crash to supplement their lavish lifestyle. Since then, plenty of others have come forward claiming that Tom’s firm took their settlement funds, and it’s turned ugly very quickly.

On an episode of “The Real Housewives of Beverly Hills,” Erika texted her friends that she and Tom were calling it quits. “Ladies, I truly consider you my close friends, and this is why I’m reaching out to tell you that I filed for divorce this morning. Thank you for supporting me. This will be tough,” she wrote. Some are claiming that the pair is using the divorce to hide money. Pair that with Tom’s ailing health, and it’s one gigantic disaster that seems tailor made for reality television. Keep scrolling for more details on what trouble Erika’s into now. We’ll give you a hint — things are not looking good for the star.

Erika Girardi could be on the hook financially 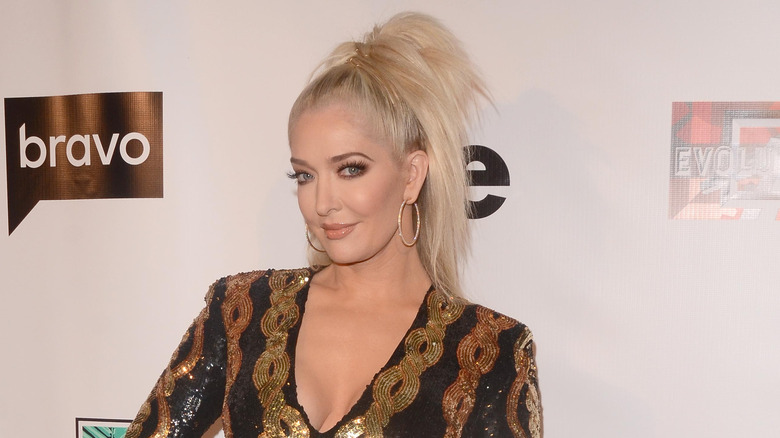 Just when Erika Girardi thought it couldn’t get any worse, it did. In a new ruling, a judge ruled that Joseph Ruigomez and Jaime Ruigomez, both former clients of Tom Girardi, can get a payout from Erika, according to court records obtained by People. Before the judge’s new ruling, Tom’s firm, Girardi Keese, was responsible for the payouts, but this changes things for Erika, as she is also now responsible. The sum that Tom owes the pair is pretty hefty — $11 million from a 2020 litigation. Yikes.

“All assets identified by the Ruigomez family shall be subject to all rights of the Girardi bankruptcy estate and the [Girardi Keese] bankruptcy estate, which parties shall meet and confer in good faith to determine the character/ownership of the identified assets,” the document reads after it was uncovered that Girardi Keese shelled out at least $20 million to Erika’s business ventures. “The Ruigomez Family, the Girardi Trustee and the GK Trustee shall cooperate with each other with their collection efforts against Erika.”

Erika is used to living the Hollywood lifestyle and her net worth is listed at $5 million. Before all of the legal troubles for Tom, he was estimated to be worth somewhere between $50-$80 million, a very high figure for a lawyer. However, after news of all his shady business endeavors, his net worth has now plummeted to a mere $100,000. Things will probably get messier for Erika, but we’ll have just to sit back and watch how it all pans out.