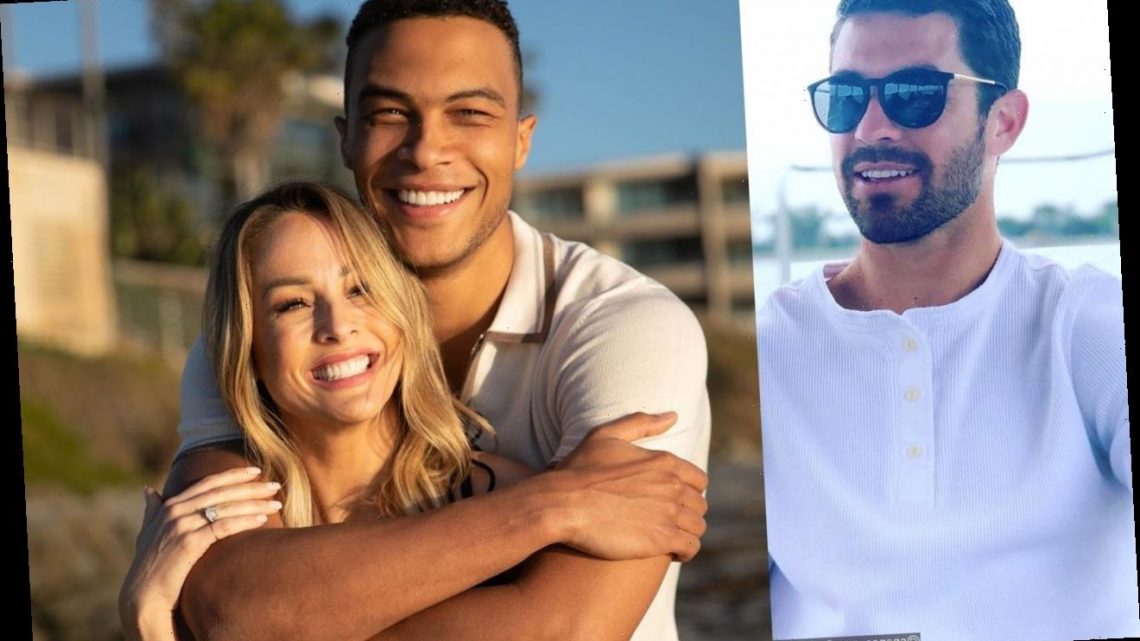 The engineer and lacrosse player asks Clare out via Instagram Story just hours after Dale confirmed that he and his fiancee ‘have decided to go our separate ways.’

AceShowbiz -The competition to win Clare Crawley‘s heart has begun again as she’s now back on the single market. At least one man has lined up to be her suitor as former “The Bachelorette” contestant Spencer Robertson has publicly asked her out on a date, just hours after Dale Moss confirmed their split.

Spencer, who joined the ABC dating series midway in season 16 after Clare left the show, didn’t waste any time to express his interest in the former Bachelorette. He extended date invite to Clare on Instagram Story, writing, “Coffee @clarecrawley?” on Tuesday afternoon, January 19.

Ironically, Spencer teased the other contestants on “The Bachelorette” after Clare’s early departure. “So, which one of you guys scared away Clare?” he jokingly asked the other men. He was an early favorite in Tayshia Adams‘ season, winning the first impression rose and first kiss, but he was eventually eliminated after only three weeks.

Clare herself exited the show after only five episodes, having made up her mind that she fell head over heels with Dale. After a moment of hesitation, Dale proposed to the 39-year-old on the show and they began to plan their future together, but that didn’t last long.

Earlier on Tuesday, Dale announced on his Instagram page that he had called it quits with his fiancee Clare. “I wanted to share with you all that Clare and I have decided to go our separate ways. We appreciate the love and support we’ve received from so many people, but this is the healthiest decision for both of us at this time,” he said in a statement.

“We strongly believe in leading with love and always remaining true to oneself – something our families have taught and instilled in us throughout our lives. We only hope the best things for one another,” the former football player continued. “Please respect our privacy as we work through this together.”