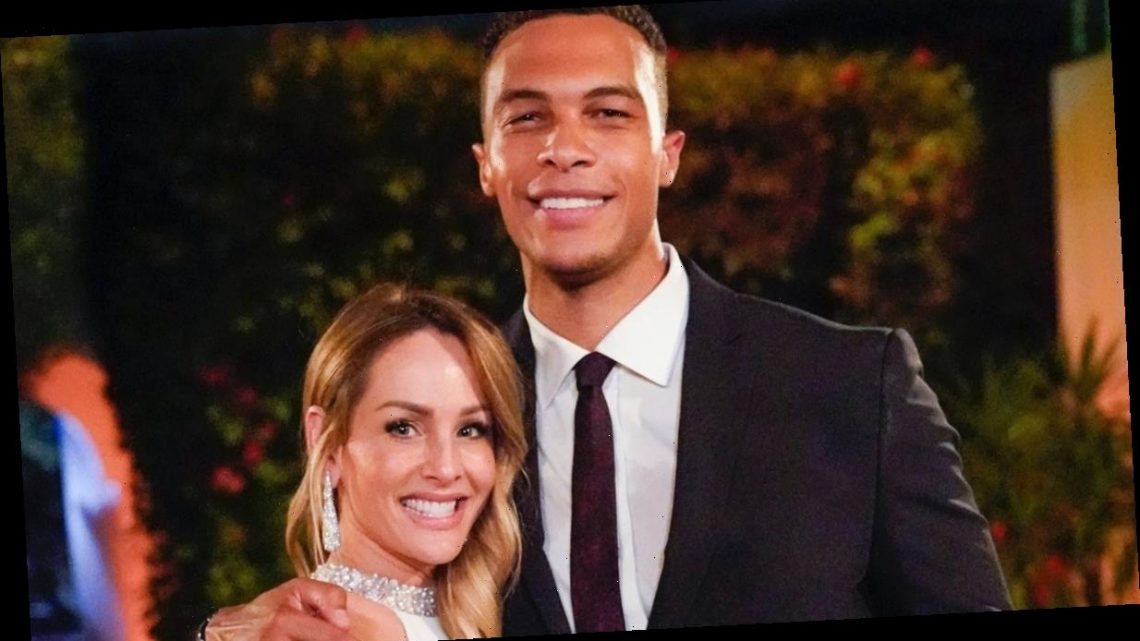 Pour one out for Bachelor Nation’s buzziest couple of the year. Dale Moss confirmed he and Clare Crawley broke up in a heartbreaking Instagram post on Jan. 19. The update came less than two hours after E! News and Us Weekly reported the couple was "on a break" and "fighting a lot," and Page Six and TMZ claimed the duo was officially done. Elite Daily reached out to Crawley for comment on the split and did not hear back in time for publication.

"I wanted to share with you all that Clare and I have decided to go our separate ways," Moss announced in the post. "We appreciate the love and support we’ve received from so many people, but this is the healthiest decision for both of us at this time. We strongly believe in leading with love and always remaining true to oneself — something our families have taught and instilled in us throughout our lives. We only hope the best things for one another."

In the caption, Moss added, "Please respect our privacy as we work through this together." He turned off comments for this post. The model also shared a version of this note to his Instagram Story.

According to TMZ, Moss ended the relationship this past weekend; a second source reportedly told Page Six the couple broke up last week. Per E! News, the split came after arguments about where to live. "Dale wants to be in a lively city and focus on his career, and Clare is rooted in Sacramento to help care for her mom," E!’s source reportedly claimed. "It’s been very tense recently between them." In recent weeks, the model has been residing in New York while the hairstylist has been spending time in Northern California.

E!’s source reportedly added that while Moss cares about Crawley, he "feels like he’s rushing into something he’s unsure about."

Despite Crawley and Moss previously being open about their eager plans to start a family, a source claimed to Page Six, "She wants kids right away, he doesn’t.”

Eagle-eyed fans noticed cryptic Instagram posts from both the Sacramento-based hairstylist and the New York-based model. On Jan. 14, Crawley posted a photo of herself holding her mother’s hand. “She has good days and bad, Just like we all do," she wrote in the caption. "Well today I couldn’t hide my hard day. A mother always knows. Without saying a word, she reached in her pocket and pulled out this tissue and just squeezed my hand.”

Meanwhile, that same day, Moss posted an Instagram Story about finding comfort in his faith.