Love Island 2019 bombshell Arabella Chi, 28, was revealed at the end of tonight’s episode as she prepares to enter the villa. But the London-based model already has one strong connection to the ITV2 series, having previously dated a former contestant. Asked about her claim to fame ahead of her arrival, Arabella listed a number of things, including being featured on a billboard on Oxford Street. “And I know Montana Brown from season three,” she continued.

“I also dated Charlie Frederick for a time,” she added.

Meanwhile, Love Island newcomer Arabella has more than just a spell dating Charlie and her modelling work as claims to fame.

She revealed she has starred in movies with none other that Aquaman and Game of Thrones hunk Jason Momoa, 39.

Saying the actor is her celebrity crush, she explained: “I did a film with him. Justice League and Wonderwoman.

“We had to train with him,” she continued. “I was an Amazonian.

“I remember this guy bear crawling towards me and I was like, ‘Oh my god, he is so hot.’” 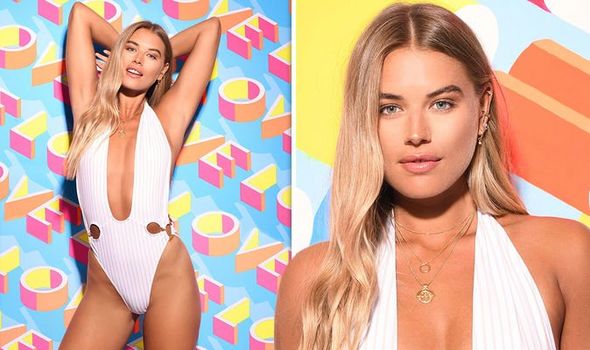 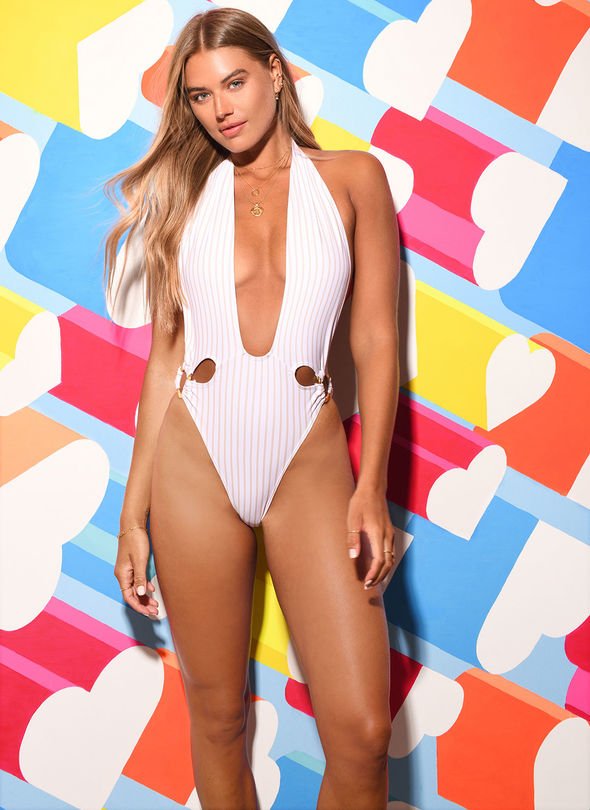 The blonde beauty also spilled all on her ideal man, saying: “They have to take care of themselves.

“I love going to the gym and training. They have to look like they work out and look after themselves, but not too much.

“For me, someone like Anton [Danyluk] is a bit too ‘right’, it’s about getting a happy medium.

“I like a charmer and someone that makes me laugh,” she added. “That’s the most important thing in a relationship.”

Elsewhere, Arabella’s Instagram pictures have her showcasing her incredible figure for her 34,000 followers.

One sizzling upload saw her posing in the mirror wearing nothing but a black bikini.

The halterneck top flashed a hint of cleavage as she flaunted her washboard abs, also ensuring her slender pins were impossible to miss in the tie-side bottoms.

The stunning star wore her hair pulled back into a casual bun for the smouldering snap and opted for  natural-looking makeup.

Fans flocked to the comments section to compliment Arabella, with one gushing: “Looking incredible!”

“Gorgeous,” another said, while a third branded her a “babe”.

Woman, 32, who developed bulimia at 11 after she was sent to fat camp says she’s happier now she’s 21 stone – The Sun
Entertainment