Home » Fashion » Woman, 32, who developed bulimia at 11 after she was sent to fat camp says she’s happier now she’s 21 stone – The Sun Woman, 32, who developed bulimia at 11 after she was sent to fat camp says she’s happier now she’s 21 stone – The Sun

AN WOMAN who developed bulimia at the age of 11 and was sent to fat camp by her parents every summer in a bid to lose weight says she’s happier than ever at a size 30.

Photographer and blogger, Suma Jane Dark, 32, from Portland, Oregon, says she never looked like other children growing up and was a ‘fat child’. 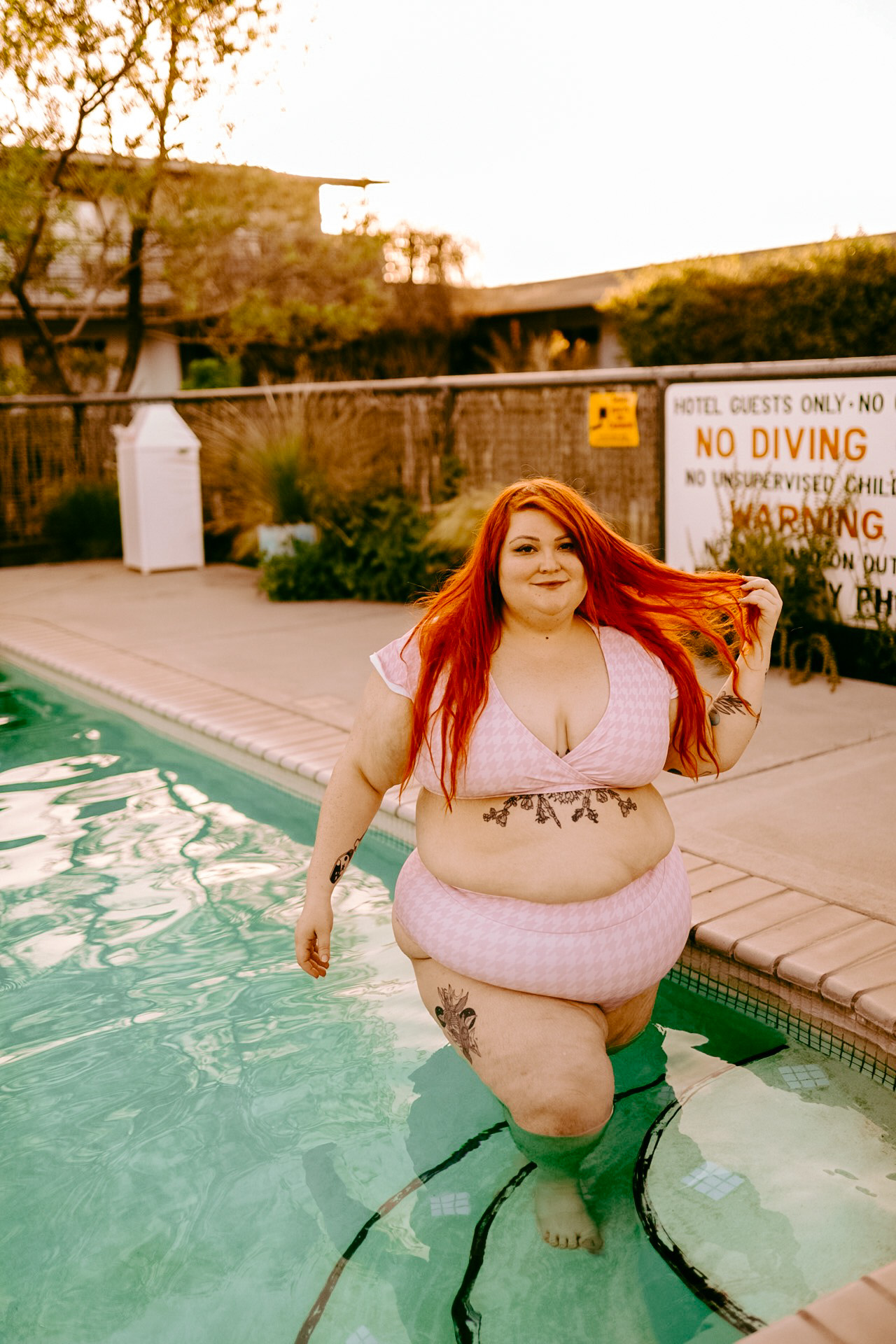 Despite being sporty and athletic and competing on dance, gym and swimming teams, the difference in appearance between Suma and her peers left her feeling ashamed.

On top of this, Suma was constantly told by adults that her life would be so much better if she lost weight and was even sent away to fat camps every summer between the ages of seven and 11 by her parents.

Between the ages of eight and 10, Suma tried her hardest to diet but became increasingly panicked by feeling that she couldn’t control her body.

By 11, she found that she was capable of making herself sick which started her struggle with bulimia, thinking that she had found the best diet for her. 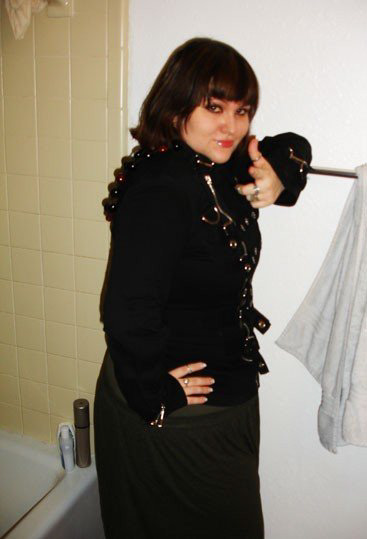 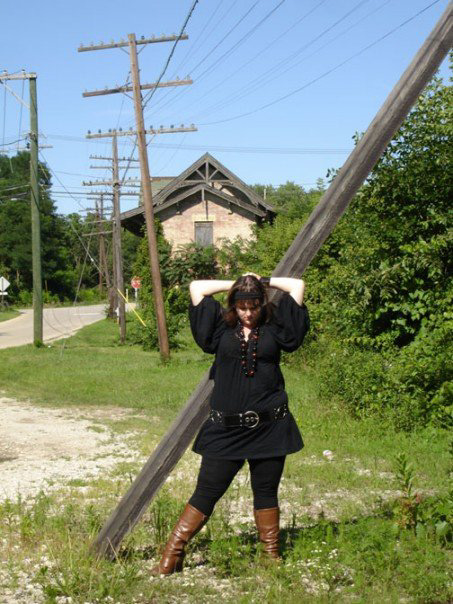 She said: “I was always a fat child- always.

“There is no time in my life that I can look back on and remember looking like other children or wearing the same clothes. It was a constant source of depression and shame for me, as long as I can remember.

“I was incredibly strong and active but ‘health at every size’ didn’t mean anything in the nineties, though, so I grew up being fed ‘diet’ everything, never not on some kind of diet or another, being sent to fat camps every summer.

It was a constant source of depression and shame for me, as long as I can remember

“I was always being cornered by adults who would tell me what a bright future I’d have, or how pretty I would be if I’d just lose weight.

“Didn’t I want a boyfriend? Did I really want to die when I was 30? It was terrifying.

“I really did do my eight to ten-year-old damndest, but it didn’t make any difference. I couldn’t control my body and each year just brought me more and more panic over that fact. 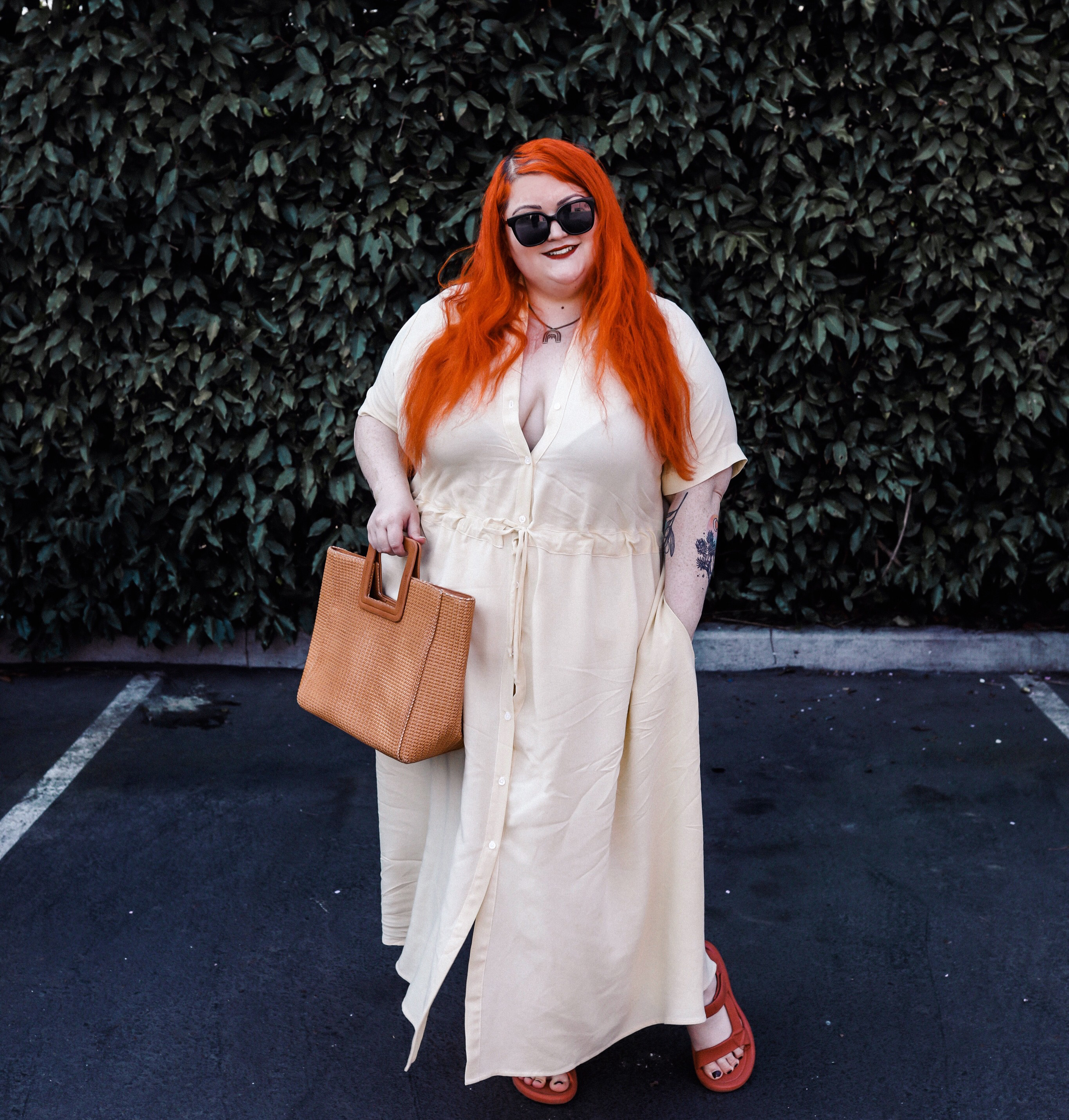 “When I was 11, I realised that I could make myself throw up, which seemed like a ‘good diet’ to me, and thus began my lifelong struggle with bulimia.”

By her early twenties, Suma was using diet pills, restricting the foods she could eat and worked out for hours a day, thinking that her entire worth depended on being smaller.

She continued: “I eventually learned to restrict and would gain and lose the same 100+ lbs over and over.

“By my early twenties, I was using a mixture of drugs, diet pills, hours of working out, and extreme restriction to stay smaller. 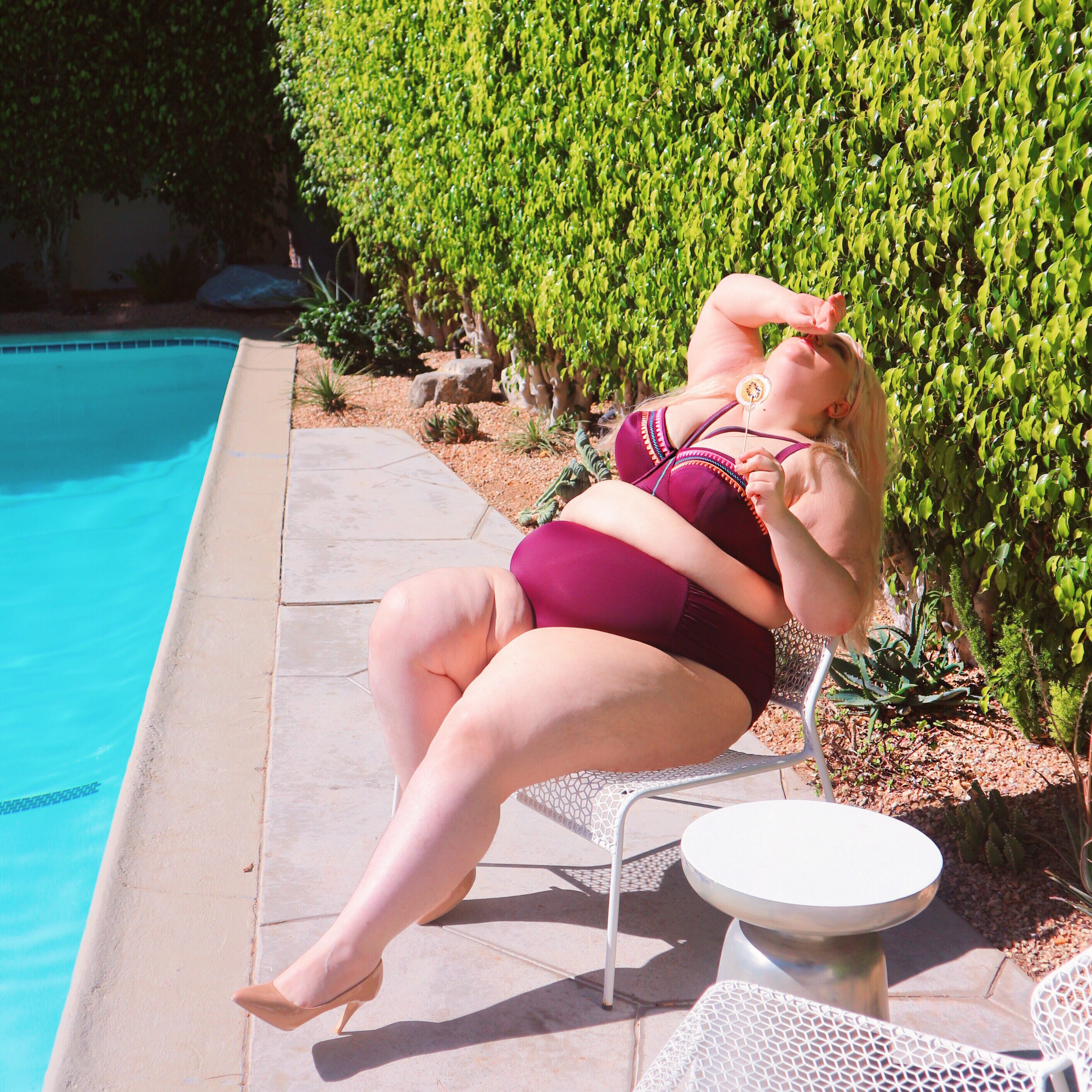 “I believed that my personal, professional, romantic, and spiritual worth all depended on doing so.”

In 2009 when she was 9st 9lb, Suma hit her lowest point whilst living in a miserable house share and realised that her life had to get better and in order to do that, she had to make peace with her body, which at the time she hated.

Suma started to set up support groups for plus size people with eating disorders and found other people online who had similar upbringings.

She started following body positive bloggers on social media and soon realised that there were lots of other people with bodies that looked like hers and realised that body positivity is for people of all sizes and from every walk of life.

She explained: “My mum actually bought me a copy of Wake Up I’m Fat when I was in the seventh grade.

“She hadn’t read it obviously- she’d meant for it to shame me into stricter dieting- but it was actually an incredibly body positive book. 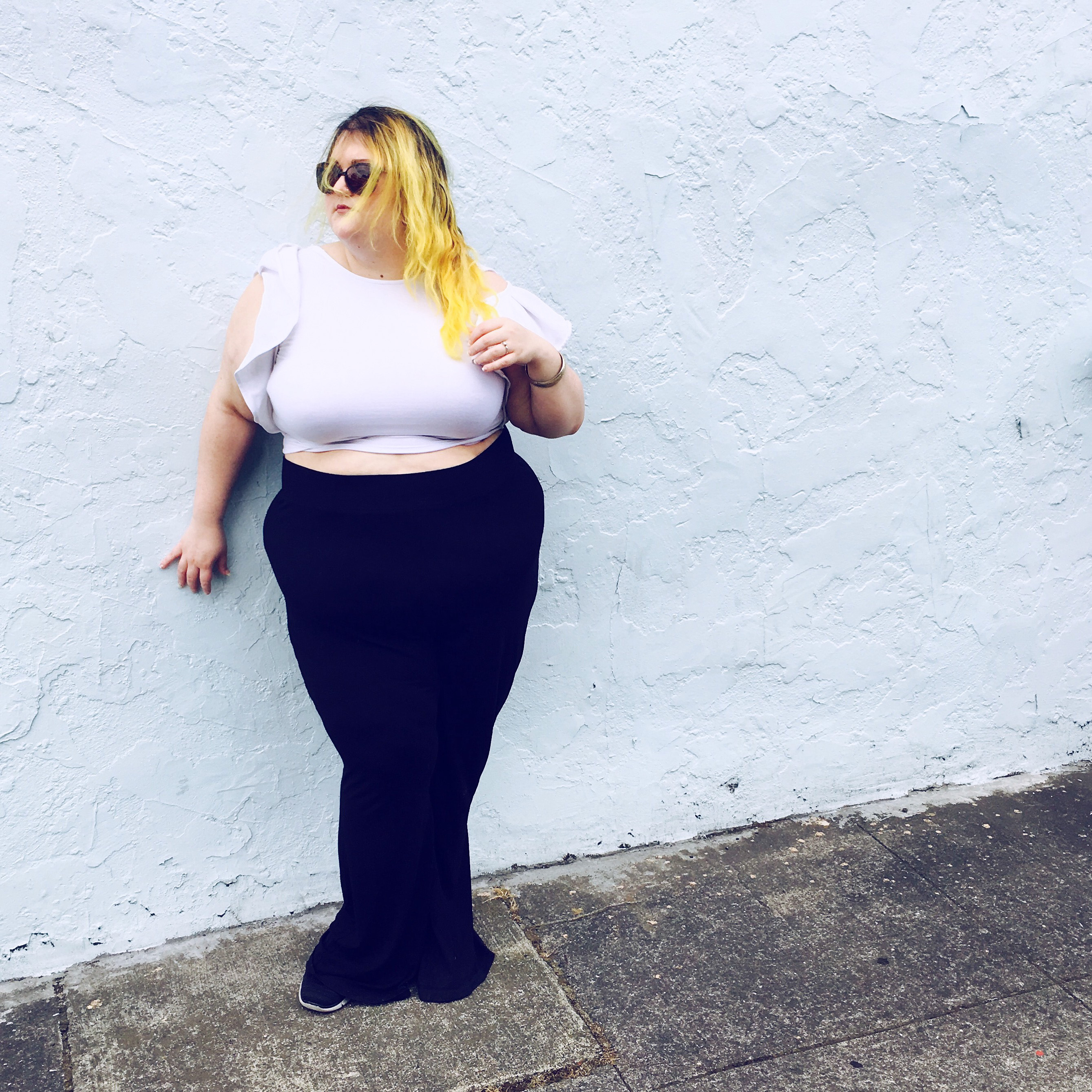 “It introduced me to so many concepts. I wasn’t sure if I believed in them, but I was intrigued.

“I kept it all in the back of my mind for many years. In college, when I first really started to study women’s movements and protest art, I went back to those concepts. I started spending time in very nascent fat positive spaces online. I even created a support group for fat folks with EDs.

“Once I started taking my recovery seriously and talked about my struggles with other folks in recovery-focused spaces, I found that there were so many people with stories like mine- they’d grown up fat, developed eating disorders, and were rewarded for it. 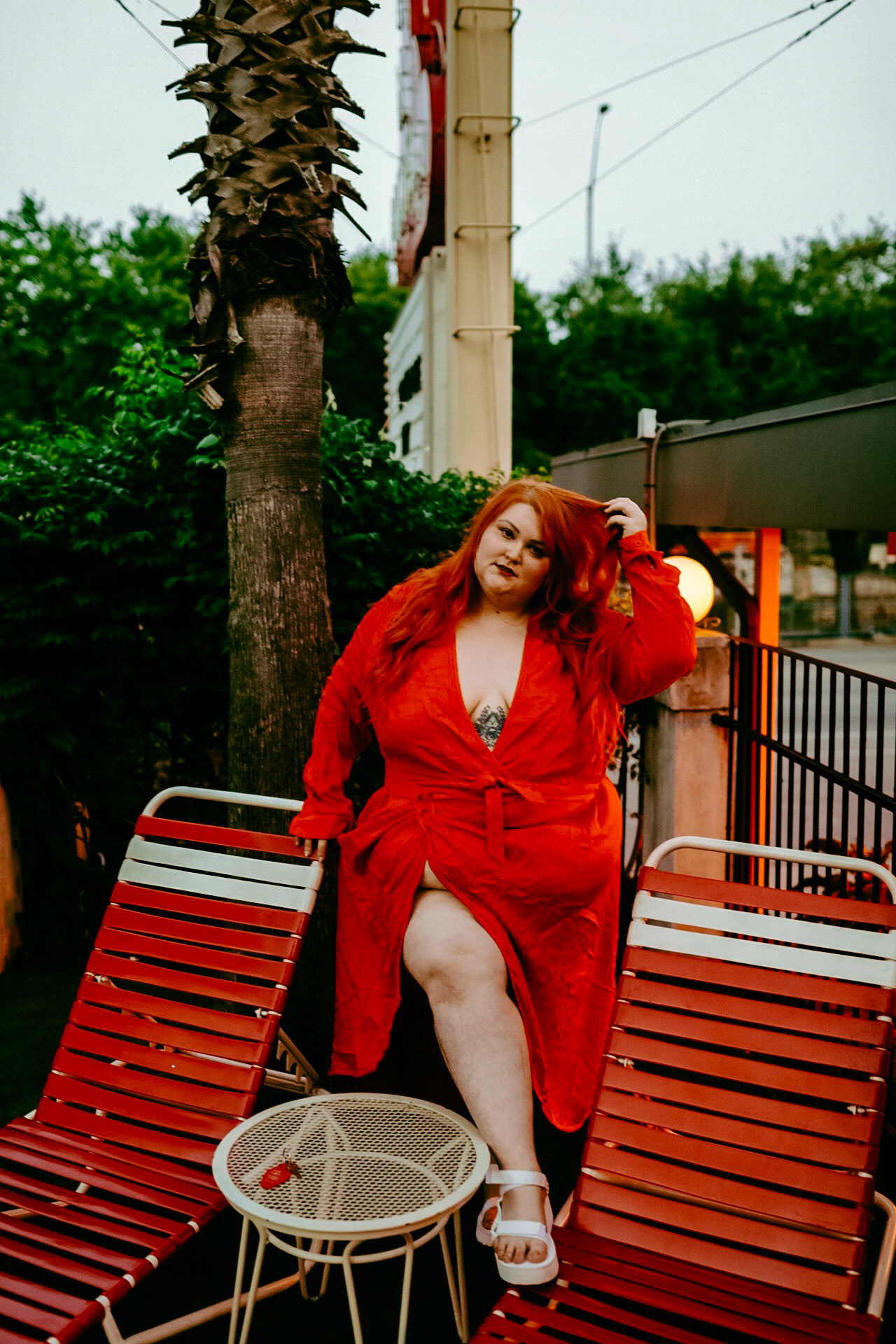 “We were all encouraged to stay ill by everyone- our doctors, our loved ones. The common threads between us were that we had all had such a difficult time getting help, and we all were coming to realise that maybe our bodies weren’t the real problem.”

While Suma still lives with her eating disorder, she’s proud to celebrate her UK size 30 and 21st 6lbs body and isn’t ashamed to try outfits that are outside of her comfort zone and she hopes that through her Instagram posts she can teach others to love their whole selves.

She continued: “Following bodies that look like mine on social media, celebrating people of all sizes, taking the time to really and truly appreciate what is uniquely beautiful about every single human being that I meet has only increased my ability to be at peace with myself.

Bulimia nervosa, often shortened to just bulimia, is a mental health condition and eating disorder which affects an estimated 165,000 Brits.

People who have bulimia often become obsessed with controlling their weight and severely restricting their food intake.

Sufferers are prone to binge-eating and then purging the food from their body by using laxatives or making themselves sick.

While women are more prone to the condition than men, the NHS estimates that as many as 25% of eating disorder sufferers in the UK could be men.

“I believe that body positivity is for people of all sizes- my experience in recovery from my ED has shown me first-hand that people of every size have painful feelings and traumatic experiences around their self-image.

“For larger folks, the main difference is that there is a structural and cultural reinforcement for those feelings- and that’s what I want to change. The popular ideas of beauty hurt all of us in different ways. They hurt my best friend at a size six and they hurt me at a US size 26.

“The work that I do is very much guided by my desire to see all of us freed from the toxic, painful narratives that we’re forced to internalise and for us all to be able to appreciate and support each other as we are.” 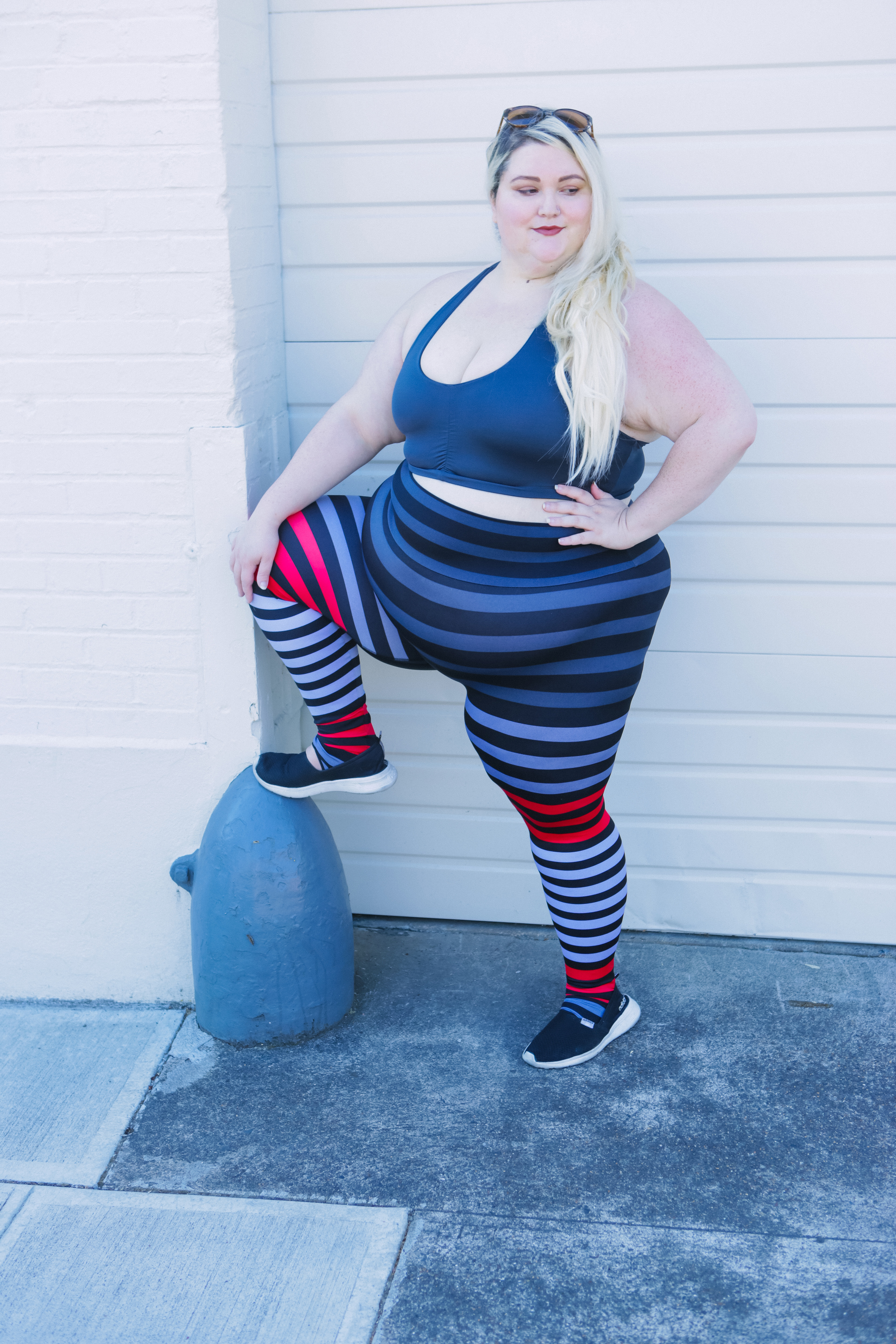 Suma shares her content on Instagram, but says that posting pictures of her in clothing that made her step outside of her comfort zone was scary at first and found that reprogramming her own hateful views towards her body was difficult.

“Starting my Instagram page was kind of an experiment for me. I loved giving visibility to others through my work but would hide when people wanted to take my photo.

We live in our bodies, they are a part of who we are. But we have to equally love our minds, our hearts, and our dreams

“But I wanted to hold the same kind of space for myself that I was holding for others. I wanted to challenge myself to become more comfortable with my body and with my existence.

“I thought that in the best case scenario, I might make a few new friends, but fully expected that I’d eventually delete the account in a panic after a few weeks.

“But that didn’t happen. I actually found it completely liberating to see myself and my body and to share my life with other people who shared my experiences. It has completely changed my life.

“Every time I posted something that showed a new side of my body, I was terrified. Seeing myself in different styles that showed my body off was terrifying. 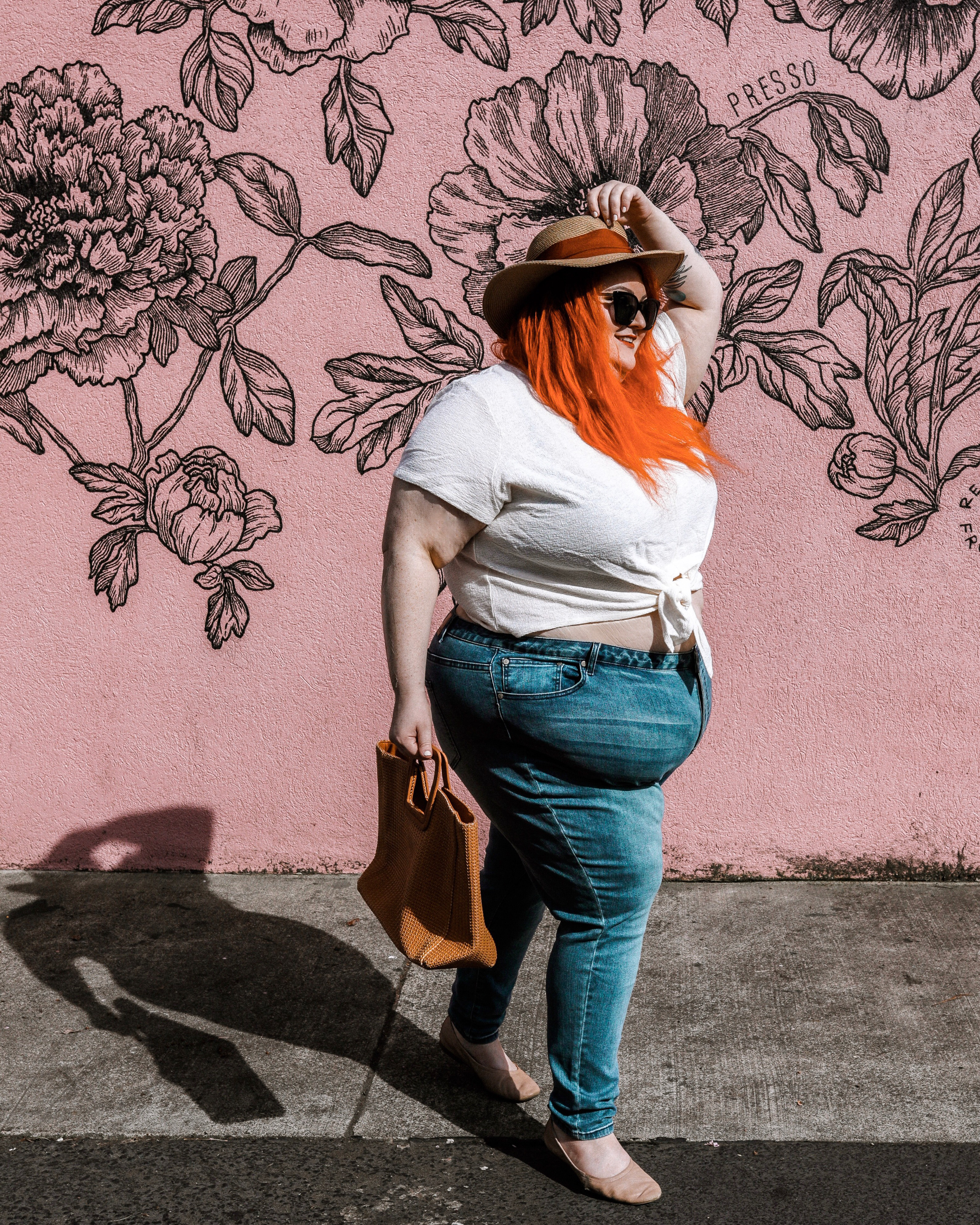 “But what I discovered is that I’m just like anyone else- there’s styles that I prefer and styles that I don’t. And from there, I just kind of developed my taste. It turns out that I care a lot more about colour and fabric than I originally thought. I care a whole less about looking ‘flattering’ than I expected.

“If I see a photo where I look bigger, or a part of my body I don’t particularly love is super prominent, I don’t automatically go into self-hate mode anymore. But it’s a constant practice.

“Those pangs come, because they’ve been there for 30+ years, right? But when they come, I tell myself something like, ‘I don’t like the feelings this photo brings up. I’m going to sit with that for a moment, then release it.’ On days where I feel bad about my looks, I do the same thing. I try to treat myself like my own best friend.”

If I see a photo where I look bigger, or a part of my body I don’t particularly love is super prominent, I don’t automatically go into self-hate mode anymore

Finally, Suma shared her words of advice to others.

“We live in our bodies, they are a part of who we are. But we have to equally love our minds, our hearts, and our dreams.

“We have to give ourselves permission to divest from our hurtful narratives, resolve our traumas, and truly be all of who we are, not just the dimensions that seem socially acceptable.

“Embracing our bodies is a very important step in that process, but it’s one part of the self-love puzzle,” she said.

“Let your heart lead you, not what you’ve always heard or been taught. Move yourself and your choices in the direction of the life that you want to live.

“We could all be living in a better, kinder world, but we each have to take a conscious part in making it so.”

B. Smith’s husband Dan Gasby opens up about her dementia
Entertainment