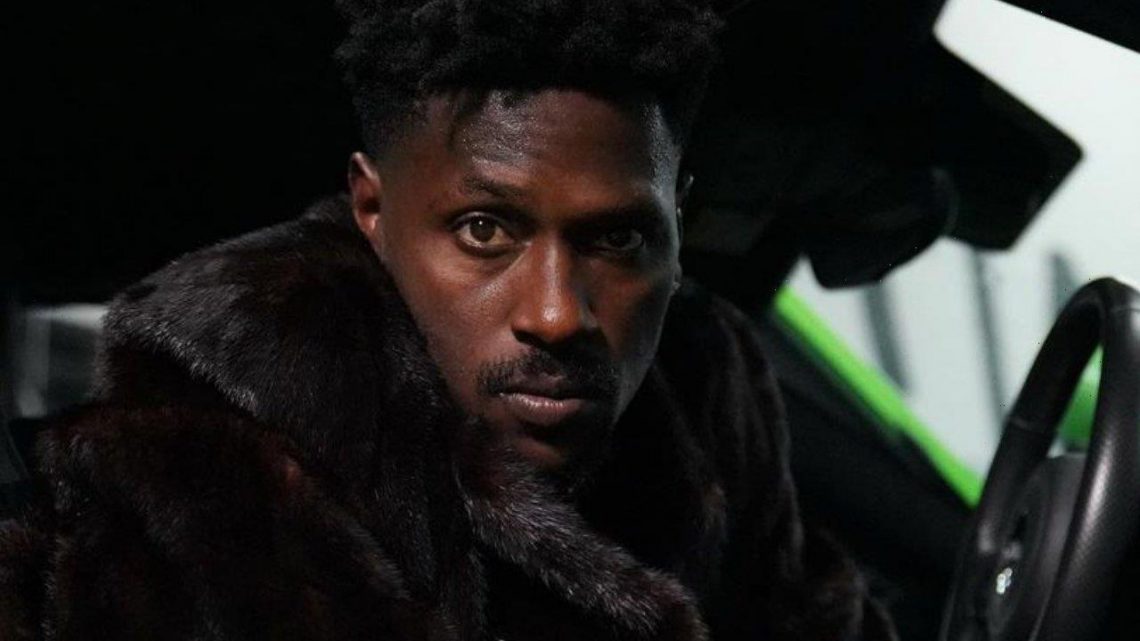 The Tampa Bay Buccaneers player was ejected from a joint practice with the Tennessee Titans after he punched Titans’ player Chris Jackson and ripped his helmet off.

AceShowbiz –Antonio Brown has started to cause trouble again. After finding his way back to the NFL and winning Super Bowl LV by signing to the Tampa Bay Buccaneers, he has been caught in an altercation during a practice.

The 33-year-old caused a scene during a joint practice with the Tennessee Titans on Thursday, August 19. According to reports, he was going up against 2nd-year cornerback Chris Jackson during some one-on-one drills when things suddenly heated up.

In pictures which have made their way out online, Antonio was seen ripping CJ’s helmet off. Other players and coaches tried to break up the fight, but the Buccaneers wide receiver managed to land a punch on the Titans player’s face. 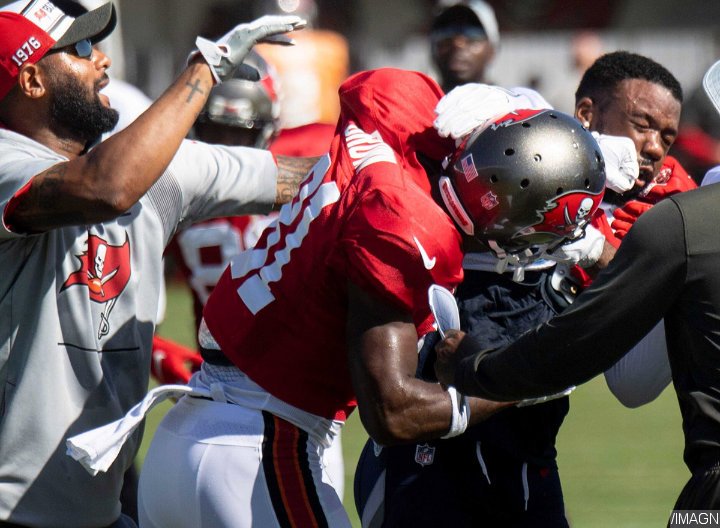 After punching CJ, Antonio got kicked out from the practice. It’s unknown what sparked the altercation, though it’s not uncommon to be seen that things get intense among athletes who are going up against each other for 60 minutes with constant contact and trash talk.

Meanwhile, Buccaneers head coach Bruce Arians has spoken up on the incident and he thinks that it was nothing serious. “I didn’t see any fighting… just a lot of pushing and shoving around,” he said, playing down the fight, when speaking in front of reporters. He went on claiming that Antonio was just “swatting flies.”

NFL fans have since taken to Twitter to share their two cents on the fight. Blasting Arians’ response, one person noted, “This is exactly what happened in Pittsburgh, people babied him and made excuses for him constantly. Tampa Bay is falling into that same trap except, brown isn’t nearly as good as he used to be.” Another chimed in, “Hey @BruceArians this image should generate a heavy fine and suspension from @nflcommish.”

Antonio himself has not addressed the altercation. Back in 2019, the New England Patriots cut its contract with Antonio while he was under investigation for sexual assault allegations made against him. After spending the rest of 2019 and beginning of 2020 as a free agent, he signed with the Buccaneers.