Home » Celebrities » Alina Kabaeva: Could Putin’s Mistress Persuade Him to End the War? 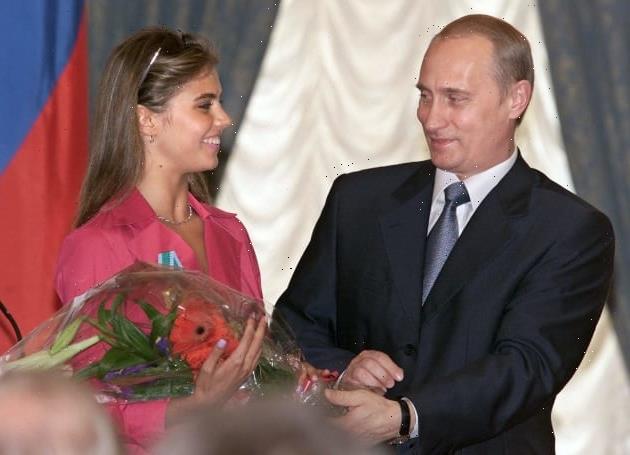 Alina Kabaeva: Could Putin’s Mistress Persuade Him to End the War?

After two years in Covid hell, the world was looking forward to regaining a modicum of normalcy this summer, but one Russian dweeb is ruining the global vibe with an attempt to compensate for his insecurities by expanding his territory.

It’s the authoritarian equivalent of buying a lifted truck and hanging a pair of chrome testicles from the trailer hitch.

We’re talking, of course, about Vladimir Putin’s decision to try and rebuild the Soviet Union with a fresh new capitalist vibe for the 21st century.

In case you’ve spent the past month in a cave on Mars with especially crappy wifi, Putin invaded Ukraine earlier this month in an act of unprovoked imperial aggression, the likes of which have not been seen in Europe since the days of Hitler.

Here’s hoping Vlad will take a much quicker route to a similarly disastrous end.

The Hitler comparison works on many levels, as in addition to being a deranged fascist war criminal, Putin shares the Fuhrer’s obsession with projecting a virile, masculine image — an obsession that’s led to several high-profile affairs with much younger women.

Hitler had Eva Braun, and Putin has Alina Kabaeva, a 38-year-old gymnast-turned-politician who has served as the Russian president’s mistress since 2008.

Now, the Russian political climate is different from the one here in the US, and we’re not just talking about the fact that they’re much more fond of poison over there.

Putin and Kabaeva’s affair has been an open secret for over a decade, dating back to her days as a member of parliament.

In fact, it’s widely believed that Vlad and Ali have four kids together, which is two more than Putin sired “legitimately” with ex-wife Lyudmila Shkrebneva.

So it makes sense that Putin spirited Kabaeva away to Switzerland for her safety prior to the invasion.

But while Alina might be far removed from the upheaval in Moscow, she hasn’t been able to completely put the war effort out of mind.

That’s because her closest friends have reportedly been lobbying Kabaeva to convince Putin to give up the war effort.

“Alina’s female friends are begging her to fly to Putin and persuade him to end the war,” a source close to the situation told Page Six this week.

“He doesn’t seem to be listening to anybody, but perhaps he might listen to her.”

It’s a long shot, but Alina’s friends figure it’s worth the effort, as she’s one of very few people who currently has access to the Russian president.

Meanwhile, citizens in Ukraine, Russia and Belarus have taken their case to the Swiss Confederation with a petition titled “Connect Eva Braun with her Führer.”

The petition appeals to the Swiss government to encourage Kabaeva to speak out against the invasion or face deportation.

It reads, in part:

“She is the favorite wife of delusional dictator and war criminal who has been treacherously attacking Ukraine over the past weeks.

“For the first time in modern history, your country violated its neutrality, which it did not even do vis-à-vis Nazi Germany in the 20th century, and joined the sanctions against Putin and his surroundings. And now his favorite mistress with her children is hiding within the borders of your state!”

“We want to remind you that Alina Kabaeva is not only a woman who stained herself with an association with the Russian dictator, but also a criminal against humanity.”

Needless to say, Alina is probably more frightened of her baby daddy than she is intimidated by a Change.org petition.

But we hope that as a former gymnast, she can be a little flexible on this issue.

Hey, has anyone tried appealing to Alina with lame humor?

It’s not like we’re asking her to bend over backwards here!

Hello, Spring: Give Your Body the Skin-Care Treatment It Deserves

Sandra Bullock gets real about her most embarrassing movie ever, plus more news
Entertainment