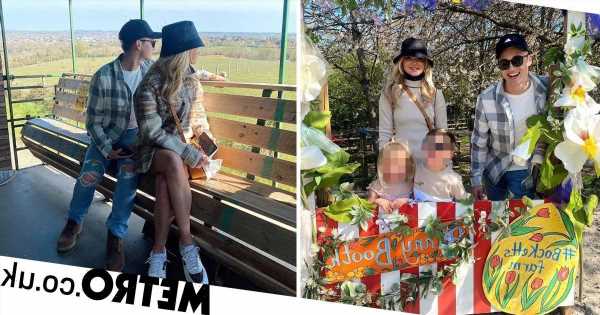 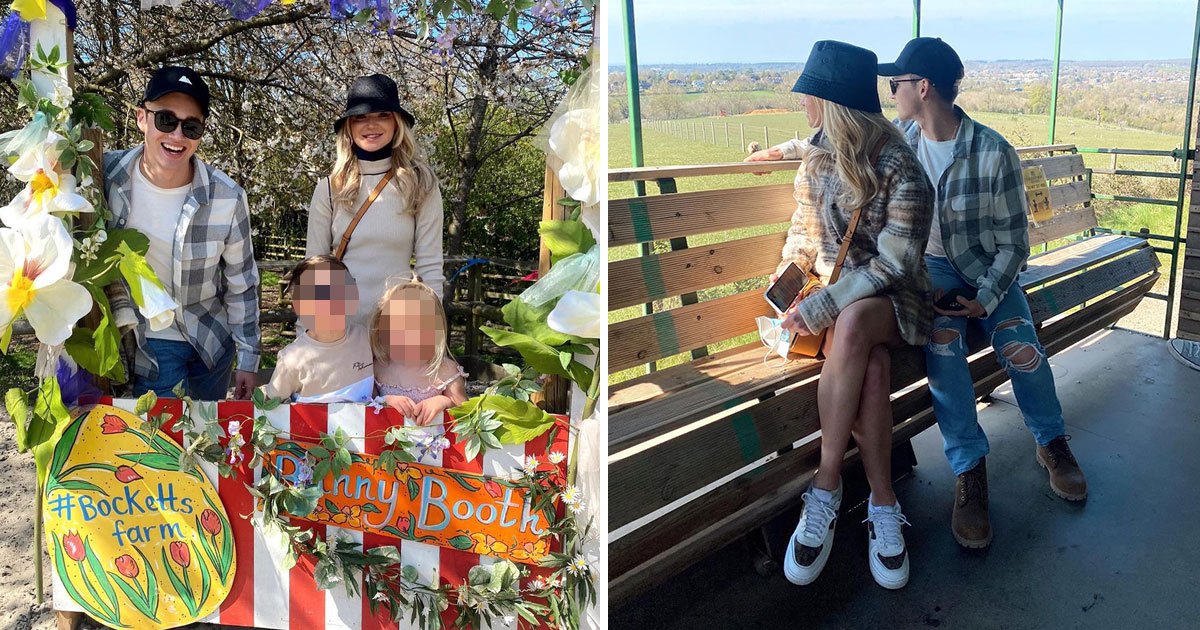 AJ Pritchard’s girlfriend Abbie Quinnen has shared a new photo of her face on social media for the first time since she was involved in a freak fire accident.

Abbie, 23, has kept a low profile on Instagram since January when she became engulfed in flames while filming a household hack for YouTube. It was to show how a glass bottle could be cut in half to be used as a vase.

The trick involves dipping a rope into a flammable chemical, wrapping it around the bottle and lighting a flame. However, the glass exploded during the dangerous stunt and engulfed Abbie’s upper body in flames, leaving her with third-degree burns.

On Saturday, the professional dancer enjoyed a day out with boyfriend AJ and young family members. The group took a trip down to Bocketts Farm Park in Surrey where they fed farm animals and gave the kids a run around the children’s playground.

‘Cutest day ever ❤️ #family #love,’ Abbie captioned the post. In one photo, she is pictured smiling while posing next to AJ, 26, and two small family members.

Until now, the dancer had only shared throwback photos from before the accident and images where her face was concealed.

Abbie was pictured out for the first time earlier this month while going for a walk with Strictly Come Dancing star AJ.

The horror incident was revealed in March and a source admitted she was ‘traumatised’ by the ordeal and needed skin grafts.

‘But, as with time, they will heal and other areas will heal. I think the most important thing was that the skin grafts worked.’

He added that there will be ‘small marks’ on her body but ‘everything’s going really, really well’.

Abbie also spoke out to thank fans for their support while warning them of the dangers of trying these hacks at home.

‘I really need you all to be so careful with what you’re doing & if you are copying any YouTube videos. I will be ok! I love you all!’

She also thanked the Chelsea & Westminster hospital where she was treated in their specialist burns unit.

Got a showbiz story?
If you’ve got a celebrity story, video or pictures get in touch with the Metro.co.uk entertainment team by emailing us [email protected], calling 020 3615 2145 or by visiting our Submit Stuff page – we’d love to hear from you.