Bob March, a 58-year-old from Portland, Oregon, took a weekend trip to Puget Sound in September 2020 with his wife Lori to celebrate their 17th wedding anniversary. She gave him an an Apple Watch—a former college-level athlete and half marathon runner, March had always used a chest strap heart rate monitor to track himself during his weekly runs.

But after putting on the device for a power walk with his wife, he was surprised when his first heart rate reading came in a lot higher than normal.

“I never had any signs something was off with my heart,” he says. “As soon as I put it on, my reading was 127 beats at a resting rate. I thought, ‘This doesn’t work! We better take it back’.”

But he kept it on and monitored himself throughout the workout. He noticed his heart rate going down as he started getting more active, “around 75”, and then back up into the 130’s once he was home and resting on the couch. The erratic numbers were alarming. His wife suggested he schedule an appointment with his doctor just to make sure things were normal—March is diligent about his annual physicals and doctors visits, he says, and he wasn’t aware of any reason the numbers should be so high.

At the appointment, a nurse did an EKG. Within minutes, March says a doctor was in his room telling him he needed to be admitted right away to the emergency room. Ten minutes later, he was in an ambulance. He was diagnosed with an irregular heart rhythm, and would need to undergo a a cardiac ablation procedure.

“I had run three miles that morning and I felt fine. I live a healthy life, eat right, don’t have a lot of salt in my diet—I thought I was healthy as a horse before I went into the hospital,” he says. 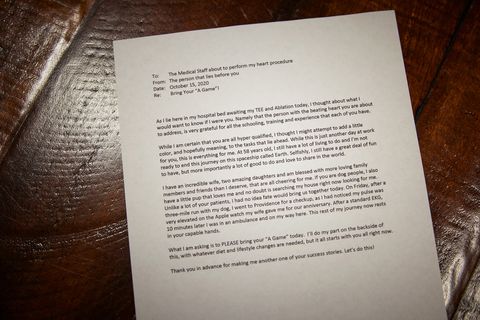 The operation was a success, and March has recovered quickly. He started slow by going on walks. Now, just a few months later, March is back to running alongside his dog, Macy, a German Short Hair Pointer/Blue Tick Hound mix. And other than taking an aspirin and a low dose statin (which he hopes to be off of shortly), he is back to his normal life.

March is the latest fortunate patient who was tipped off to potentially life-threatening conditions thanks to a fitness tracker—and if developments from companies like Apple become more commonplace, he’ll be far from the last. Apple introduced new heart rate features in the Series 4 in 2018, including an FDA-cleared ECG test that allows wearers to detect potentially abnormal heartbeats (other brands like Fitbit and Samsung also give wearers tools to take ECG tests). Along with the sensors in its Watch, Apple has also teamed up with multiple major healthcare organizations for heart health studies and uses its Apple Research app for other initiatives to learn more about our bodies and ultimately improve the tech in its products that helps people to stay healthy.

March didn’t use the ECG test to identify his condition—as someone who was familiar with his heart rate, he was in a particularly good spot to recognize variations—and users should be cautious to rely on the devices as a means of diagnosing issues on their own. Apple, for instance, is very clear in the language around its sensor features that users should use any alarming readings as a reason to talk to a medical professional rather than a sign they have a certain condition. 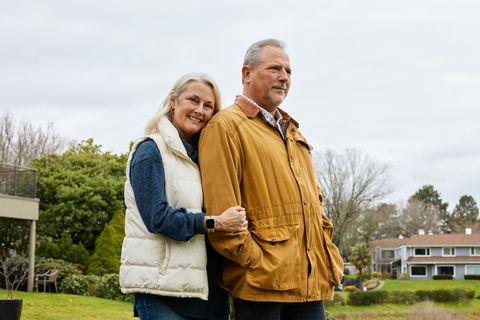 For March, though, the wakeup call was the push he needed. He and Lori credit his Apple Watch for changing their future.

“Now I call my Apple Watch the ‘window into my body’. I want others to know how powerful it is and how great of a tool it is,” says March. “I was given the ultimate gift of love with this watch. Listen to your body and pay attention to your heart rate.”